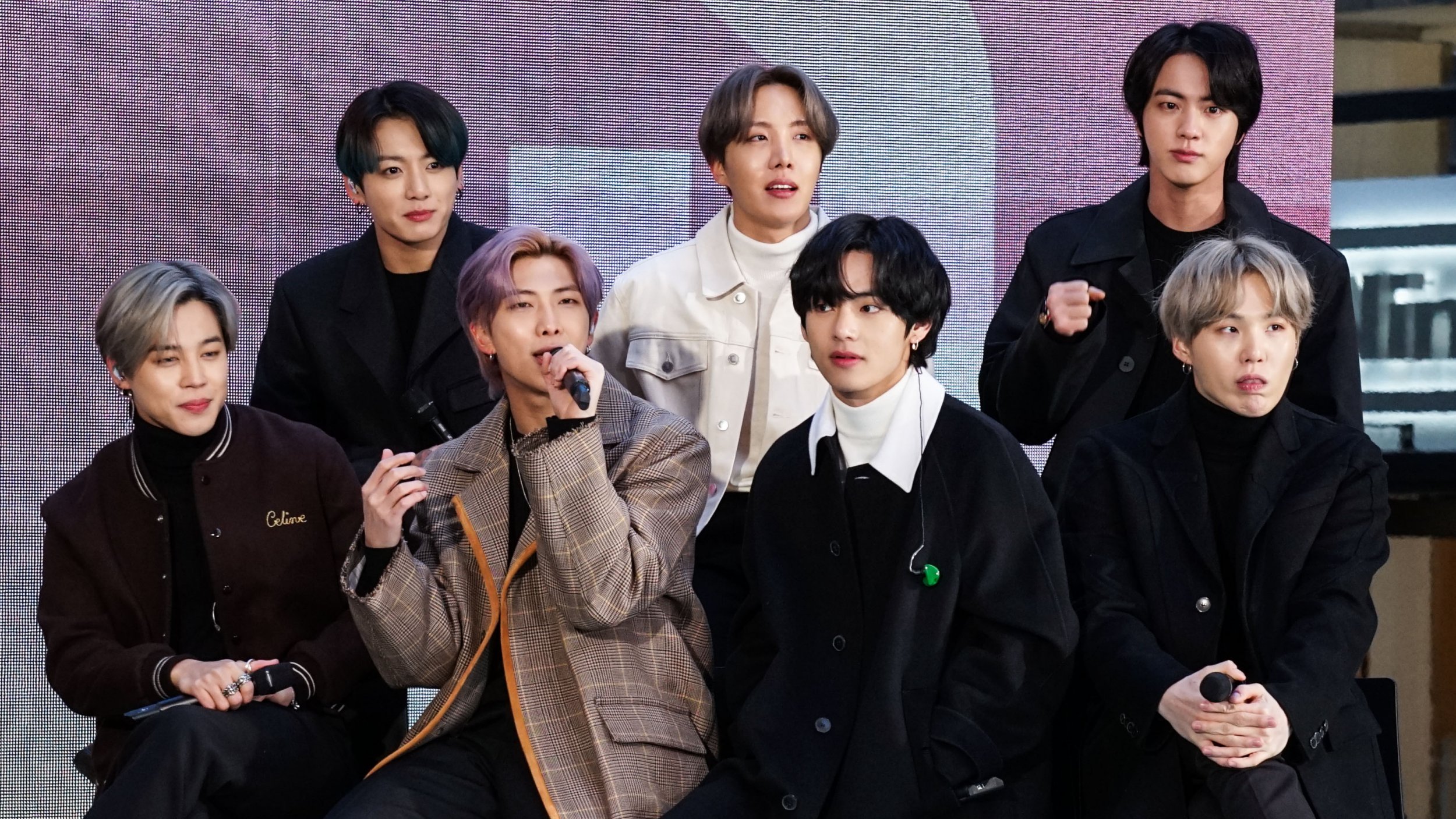 BTS singer V will not be taking part in any of the choreography at today’s virtual concert due to a leg injury, it has been confirmed.

The Dynamite hitmakers will be hosting the online concert, BTS Permission to Dance On Stage on Sunday, to mark their first global performance in a year.

However, their stage performance will look a little different as V will be sitting down for the show after suffering an injury.

Confirming the news, the K-pop group’s agency Big Hit Music said in a statement: ‘We would like to provide the following information regarding the performance of BTS member V as part of today’s BTS PERMISSION TO DANCE ON STAGE.

‘V experienced pain in his calf muscles during rehearsal on the evening of October 23 and visited a nearby hospital for examination and treatment. It was the opinion of the medical personnel that while there was no issue affecting the bones in his legs, he should refrain from vigorous movement such as choreography or stage performance for the time being.’

The spokesperson revealed that V himself ‘strongly wished to participate in the performance in full’ but the company has chosen to follow doctors’ advice and ‘minimise [his] movements’ during today’s event.

BTS PERMISSION TO DANCE ON STAGE begins at 10:30am BST on Sunday.