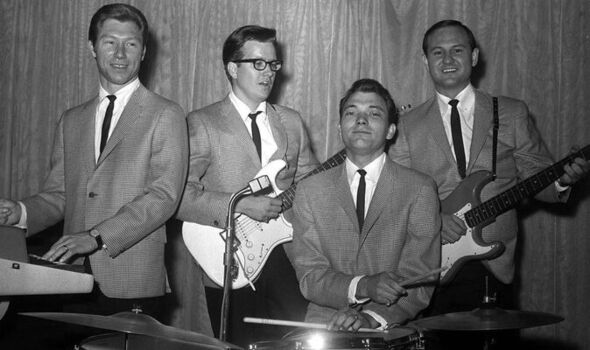 Ji was known for his famous beat that pioneered the band’s sound while helping shape their songs through his drumming and songwriting skills. Popular songs he is credited with co-writing are: That’ll Be the Day, More Than I Can Say, and Peggy Sue.

Both Ji and Buddy began playing as a duo – Jerry on the drums and Buddy playing the guitar later adding bassist Joe B Mauldin which then birthed what is now known as the iconic band Buddy Holly and the Crickets.

Buddy Holly and the Crickets sold their first hit with That’ll Be the Day, was released in May 1957 which peaked at number five in the UK and three on the US Billboard Top 100 chart that year.

Jerry’s death was announced on Buddy Holly and the Crickets social media. However, no cause of death was given.

The Facebook page pays its tributes to the drummer by stating: “Our sincerest condolences to the family and friends of Jerry ‘JI’ Allison, drummer in the Crickets, one of Buddy’s very closest friends, and the inspiration to drummers for decades since, who passed away on Monday.”

“JI was a musician ahead of his time, and undoubtedly his energy, ideas and exceptional skill contributed to both the Crickets, and rock and roll itself, becoming such a success.”

“Buddy is often heralded as the original singer-songwriter, but JI, too wrote and inspired so many of the songs that would go on to be eternal classics.”

Jerry was the last original surviving member of the band as Holly died in a plane crash the following year aged 22.

The band, however, stuck together after the death of Buddy Holly.

The Crickets continued to tour and record.