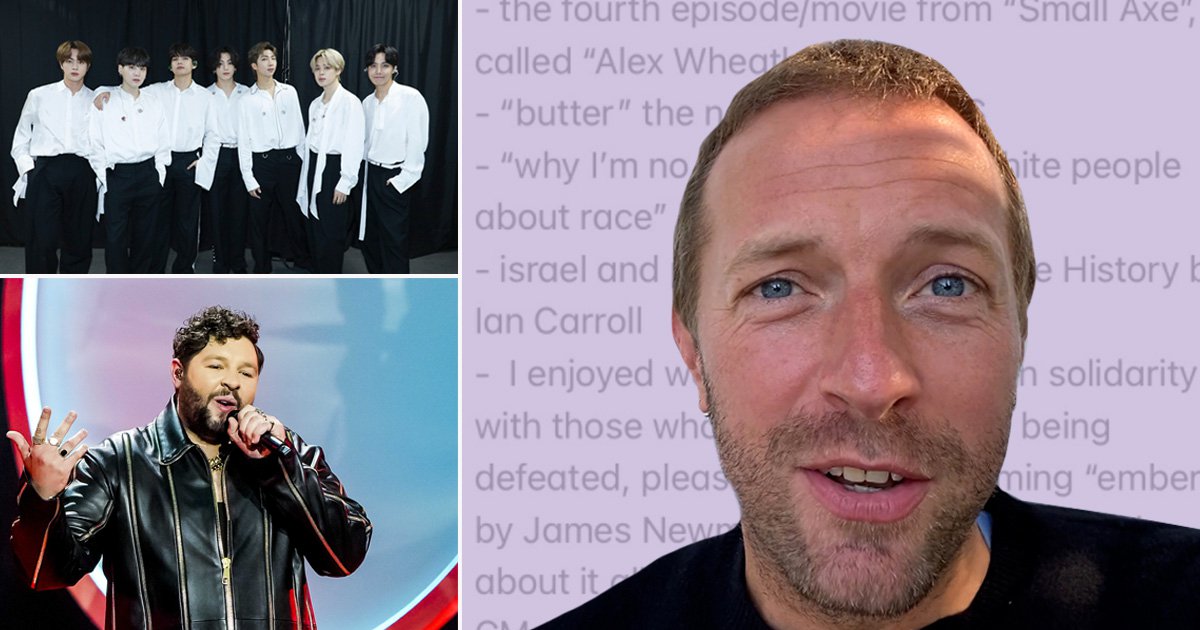 A man of great taste, clearly.

The Viva La Vida hitmaker, who recently performed at the Brit Awards, made it clear that he’s part of the BTS ARMY as he shared the love for the band’s record-breaking new hit.

Chris also took a moment to celebrate the UK’s Eurovision entrant James, who he described as ‘graceful’ after receiving no points at the song contest.

‘Hello everyone, I hope you’re all doing ok,’ the 44-year-old wrote on Twitter. ‘Thankyou for your messages about higher power and things. Wherever you are in the world I and we send you love and hope we can see you in person before too long [sic].

‘Here are some films and songs and books that I have found helpful and wonderful; “materna requiem: 6. paradisum interlude”, a piece by Rebecca Dale, the fourth episode/movie from “Small Axe” called “Alex Wheatle”.

””Butter” the new song by BTS, “why I’m no longer talking to white people about race” by Reni Eddo-Lodge, israel and palestine: the complete History by Ian Carroll.

Next step – an actual concert on the moon, right?