Follow
Home » Music » Does BTS Choreograph Their Own Songs?

Does BTS Choreograph Their Own Songs?

The BTS members sometimes choreograph songs like “Super Tuna” and “Spine Breaker.” Other times, other choreographers are brought in, creating iconic routines to songs like “Black Swan” and “On.”

These artists don’t need permission to dance. In addition to singing, rapping, and writing original music, BTS performs dances along with chart-topping songs. That includes their 2021 releases “Permission to Dance” and “Butter,” with Jimin sharing that dance is an excellent way to add feelings to live shows.

“Choreography is another way of expressing music,” Jimin said during an interview with Bustle. “You can get chills through the musical experience, of course, but I think a good performance can give you a different kind of breathtaking experience as well.”

“Coordinating with our members for our performances has brought great synergy to our group,” he continued. “And I also think that it has helped us effectively deliver our emotions and feelings to our audience.”

Some members take on more dancing responsibilities for this group. That includes J-Hope, Jimin, and Jungkook, who even recorded a dance video to Megan Thee Stallion’s “Butter” verse. However, the BTS members aren’t solely responsible for choreographing their songs.

Who is BTS’ choreographer?

With dozens of official choreographies since their debut, BTS has several choreographers create their dances. Of course, J-Hope, Jimin, and Jungkook sometimes plan the group’s routines.

Additionally, Sienna Lalau and Andrew Elam envisioned the choreography for BTS’ “Dionysus” from Map of the Soul: Persona. For several years, the main mastermind behind BTS’ routines was Son Sungdeuk.

Dancer and choreographer Nick Joseph was the mastermind behind the 3J “Butter” dance featuring J-Hope, Jimin, and Jungkook. He took to Instagram following the experience, captioning his post, “in regards to these three, I truly admire 3J’s work ethic as well as their unique distinct personalities (super welcoming and hella funny!)” 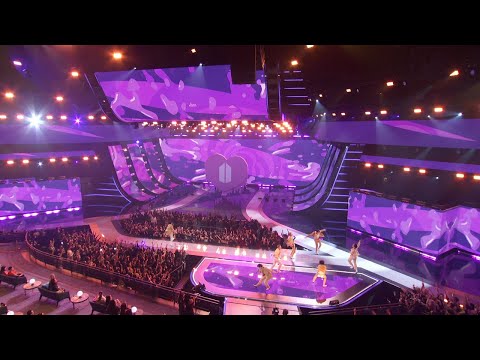 The BTS members are still in charge of their choreography while on stage, leading to the creation of some pretty memorable moments. During Permission to Dance on Stage in Los Angeles, Jin, V, and Jungkook made fun of Jimin’s “Save Me” dance moves.

During the 2017 FESTA, BTS discussed Jin’s original “Spine Breaker” choreography. It involved a lot of spine-inspired moves, some moments even featured making a “shark fin,” according to Jungkook’s interpretation.

“First you bend, then straighten your hands,” Jin said according to a video translation, hovering over the table. After showcasing heart-themed choreography, Jin said that his moves are “the most original.”

Some BTS members do take on additional roles in the group, including Jungkook who helped direct the “Life Goes On” music video, and V who became a visual director for the boy band’s 2020 release Be (Deluxe Edition).