Country singing legend Dolly posted a glee-filled video on her Twitter account last night showing herself getting the coronavirus vaccine while singing a remix to Jolene. The 75-year-old was thrilled to be receiving the dose and was eager to show off just how easy it was to get the jab. The singer also adamantly told her followers she hadn’t “skipped the line”.

Dolly added in the second verse: “Because once you’re dead, then that’s a bit too late!”

The Grammy Award winner got serious before adding: “I’m trying to be funny now, but I’m dead serious about the vaccine.” 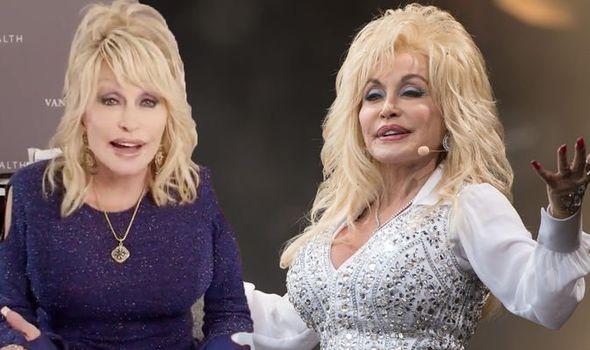 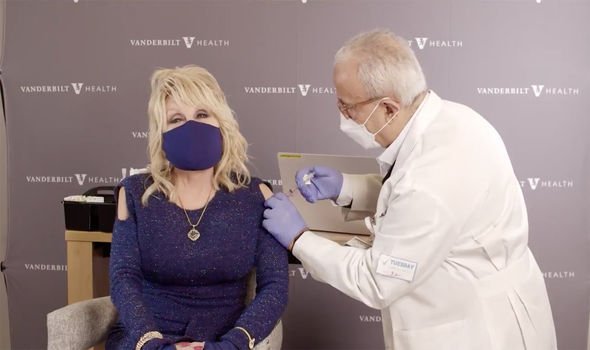 Dolly said: “I think we all want to get back to normal, whatever that is. And that would be a great shot in the arm, wouldn’t it, if we could get back to that?”

The 9 to 5 singer also had a stern word prepared for people refusing to receive the vaccine.

She said: “I just want to say to all of you cowards out there – don’t be such a chicken squat.”

“Get out there and get your shot!” 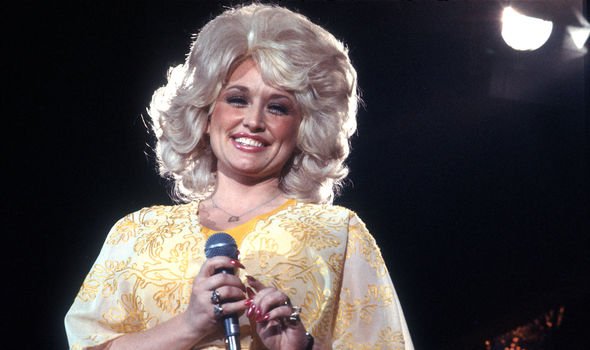 After her doctor administered the vaccine Dolly looked at the camera and announced: “That didn’t hurt!”

Dolly received the Moderna COVID-19 vaccine which was created in the United States.

Much of the research for the shot was carried out at the Vanderbilt University Medical Centre.

Dolly was credited with helping fund the Moderna vaccine after donating $1 million to its creation.

Despite funding it, Dolly recently confirmed she was not going to receive the shot early.

Speaking to the Associated press Dolly said: “I’m not going to get mine until some more people get theirs. I don’t want it to look like I’m jumping the line just because I donated money. I’m very funny about that.

“I’m going to get mine though, but I’m going to wait. I’m at the age where I could have gotten mine legally last week. I turned 75. I was going to do it on my birthday, and I thought: ‘Nah, don’t do that.’ You’ll look like you’re just doing a show.

“None of my work is really like that. I wasn’t doing it for a show. I’m going to get mine. I want it. I’m going to get it. When I get it, I’ll probably do it on camera so people will know and I’ll tell them the truth, if I have symptoms and all that.”

Dolly added: “Hopefully it’ll encourage people. I’m not going to jump the line just because I could.”

The 21x platinum selling singer recently declined a statue being built in her honour in Tennessee, where she was born.

She wrote on her Twitter account: “Given all that is going on in the world, I don’t think putting me on a pedestal is appropriate at this time.

“I hope, though, that somewhere down the road several years from now or perhaps after I’m gone if you still feel I deserve it, then I’m certain I will stand proud in our great State Capitol as a grateful Tennessean.”