Elvis Presley skyrocketed in fame during 1956 and that year he famously returned to his birthplace of Tupelo to perform two live concerts. It was September at the Mississippi-Alabama Fair and Dairy Show and 50 National Guardsmen had been added to the police security to control The King’s audience. Nevertheless, according to one eyewitness attendee, all the girls still ran right up to the front, for the iconic performance.

Speaking with Elvis expert Billy Stallings Spa Guy in a new video below, Betty Gustafson said how she lived just 30 from Tupelo.

The cheerleader had just graduated from high school and Elvis was blowing up across the nation.

Betty remembered arriving early enough to bag the front row’s old brown folding chairs, before she and her friends were moved on by the press. 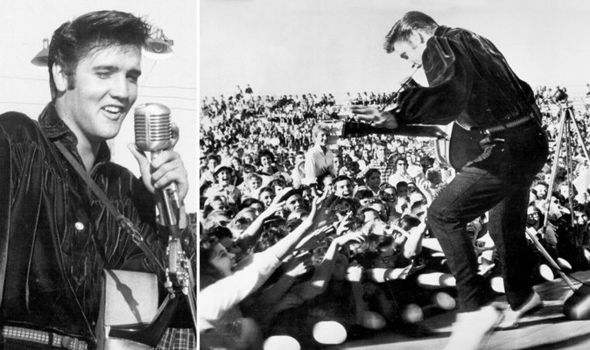 Amusingly June shouted back: “I want Elvis too!”

Betty remembered: “Elvis came out and everybody ran down to the front and we could not see.

“So we had to stand up on those rickety brown folding chairs the whole programme.

“But it was just so wonderful to be there and to be able to take part in being with Elvis.” 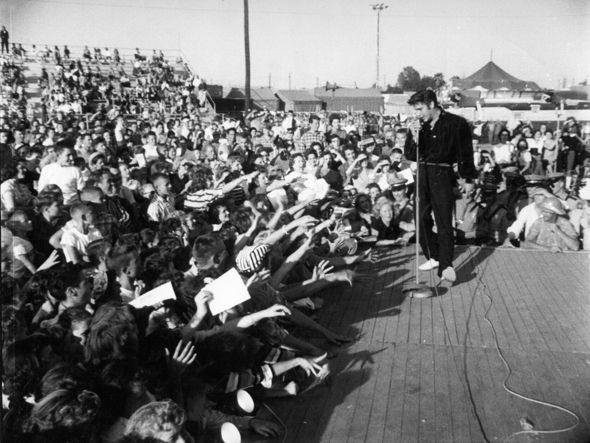 Betty added: “It was very, very exciting. He did an excellent job. Everybody loved it. He looked very good!”

Asked if she screamed, the Elvis fan replied: “Of course!”

Also in the video was Betty’s daughter Ginger who saw Elvis live in concert in 1976.

While her husband Gene is pretty sure he worked on Elvis’ car and had lunch with The King pre-fame in the mid-fifties.

Gene said: “While I was working on the car, Elvis just stood on the side of the car leaning over the vendor, talking to me the whole time. We were just buddies back and forth.”

He was pretty sure it was Elvis as he had that slicked back jet black hair and ended up having lunch with him.

While Elvis was born in Tupelo, Mississippi, just north over the state line was Memphis, Tennessee where he had moved with his family in 1948.

After quickly becoming rich and famous, Elvis purchased his Graceland mansion there in 1957.

Elvis lived at Graceland for the rest of his life until he died upstairs there on August 16, 1977.

The mansion was opened as a museum in 1982 and during the pandemic is offering virtual live tours.

For $100 tickets, fans around the world have three opportunities at the end of January, February and March to attend a two-hour live-streamed tour.

How 'Scooby-Doo and Guess Who?' Landed That Axl Rose Guest Spot

Noname's 'Rainforest' Is Revolutionary Music You Can Dance To

Jonas Brothers Shelve New Album as Their Reunion Is ‘Effectively Over’