Former frontman of Fleetwood Mac Lindsey Buckingham made the announcement on his Instagram account this afternoon. The star revealed that he is releasing a brand new solo album before the year is out. The star revealed he has been holding back this new record for some time.

Lindsey posted on his account: “My new self-titled album is one I’ve been intending to get out for a couple of years now, but on more than one occasion, unforeseen circumstances necessitated a postponement of plans.

“Now that we’re back in gear, I’m thrilled to finally be sharing this new music with my listeners!”

He went on to announce his first single from the self-titled album, I Don’t Mind, is out now.

Fans of Lindsey and Fleetwood Mac can listen to the track below. 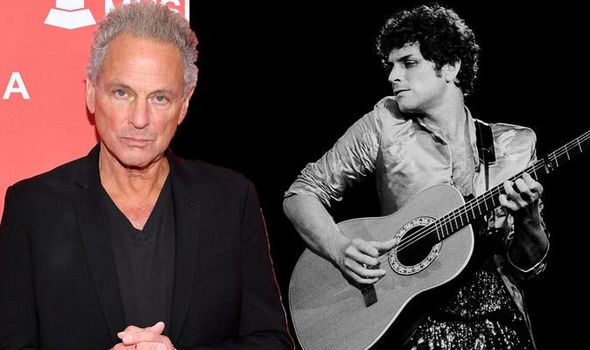 Lindsey also announced a tour for his upcoming album.

The star wrote that he will be embarking on a solo tour this year and the tickets will be going on sale Friday at 10am.

During this tour Lindsey will be visiting a number of American cities including Atlanta, Los Angeles, Austin and Dallas.

Lindsey is best known for writing such Fleetwood Mac songs as Go Your Own Way and The Chain.

Both songs featured on their 20x platinum-selling album Rumours, which was released in 1977.

The star was brought into the band just two years prior, in 1975, but has since been “fired” from the group.

In 2018 reports surfaced that Lindsey was fired from the band after a “disagreement”.

Fleetwood Mac later appeared on CBS This Morning to discuss the event. Mick Fleetwood explained that the band let Lindsey go after he “would not sign off on a new tour they had been planning for a year and a half”.

He added: “It became just a huge impasse and hit a brick wall, where we decided that we had to part company.”

When asked if Lindsey was “effectively fired,” Mick responded: “Well, we don’t use that word because I think it’s ugly.

“It’s not a question that Lindsey has huge amounts of respect and kudos to what he’s done within the ranks of Fleetwood Mac and always will.”

Mick went on: “But it’s like a marriage that came to an end and there are reasons why … But as a band, we needed to move on and we have and that’s [that].”

Since Mick made these comments, he has expressed interest in the band bringing Lindsey back into their team.

He said: “My vision of things happening in the future is really far-reaching. Would I love to think that [reunion] could happen? Yeah.

“I’d love to think that all of us could be healed, and also respect the people who are in the band, Neil Finn and Michael Campbell.”