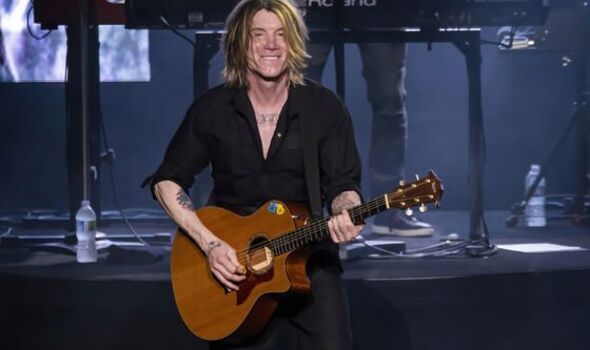 Yeah, I Like You is a buoyant acoustic rocker that grabs you by the collar, sweeps you along and seals the deal with a killer chorus.

Rzeznik, who produced the record, has the knack of crafting numbers that marry melody, passion, power and sentiment.

Songs such as War recall the Celtic-tinged “big music” of the 80s and 90s while managing to sound as fresh as a toothpaste advert filmed in a field of blooming daisies.

Rzeznik’s “war” takes place in a troubled relationship, not on a battlefield. “I’m not the enemy,” he argues. “Darling, I do believe you’ll be the end of me.”

You only hear echoes of those Going Crazy which opens with a hard stabbing guitar riff that The Clash or Green Day would have been proud of.

The band’s story really kicked in with their 1995 breakthrough single Name. Other US hits – Slide, Black Balloon, Here Is Gone – cemented their reputation at home.

New gems here include the instantly catchy Save Me From Myself, and mellow rocker Loving Life which features bassist Robby Takac on vocals.

The 10 tracks include wistful ballad You Are The Answer and upbeat mid-tempo closer Superstar.

The Dolls never wanted to be teenybop pin-ups. They march to the beat of their own drum, writing tight, concise, addictive tunes their way.