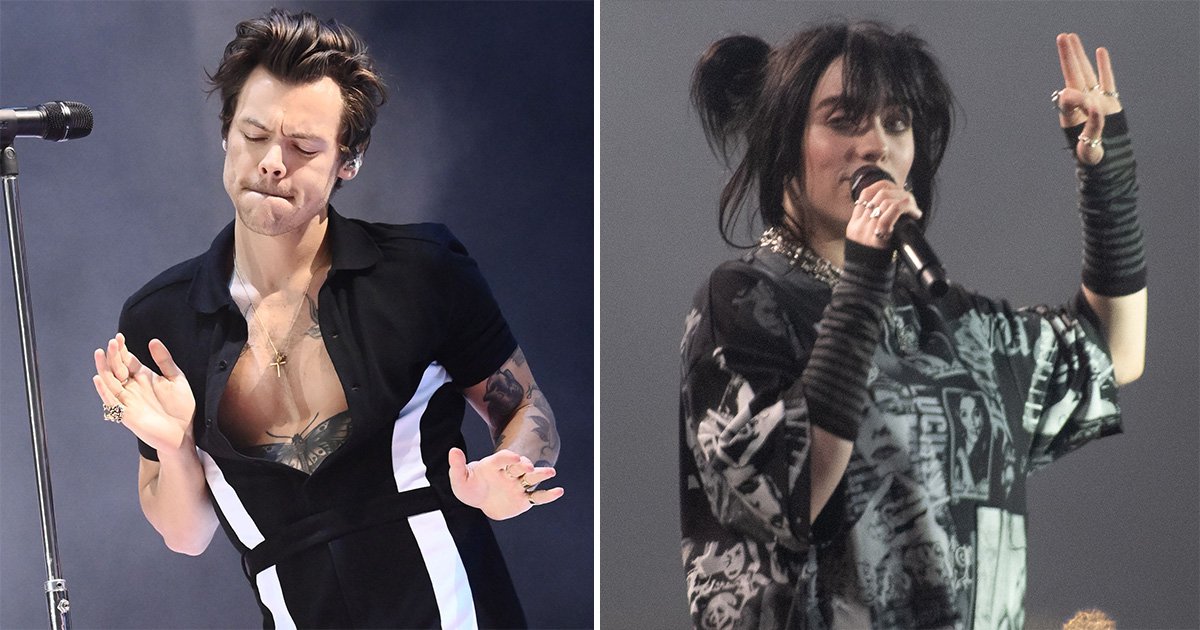 Billie Eilish fans have showered the singer with praise following her history-making Glastonbury headliner performance, as she delivered an electric performance at the festival’s iconic Pyramid Stage.

However, some couldn’t help but express their disappointment when Harry Styles didn’t make an appearance, following rumours that he was going to be a surprise guest.

Harry, 28, has recently been astounding his fans during his Love On Tour event, with last weekend’s leg taking place at London’s Wembley stadium.

It was heavily speculated that the Watermelon Sugar hitmaker was going to join Billie, 20, during her Glastonbury set, where she was accompanied on stage by her brother Finneas and sang tracks including Bad Guy, Happier Than Ever and Your Power.

Nonetheless, he was nowhere to be seen – and numerous Harries are blasting whoever made them think he was going to appear.

‘Whoever came up with the rumour that Harry was gonna join Billie at Glastonbury I hope both sides of ur pillow are warm tonight [sic],’ one person tweeted.

‘Not me watching Billie Eilish’s whole Glastonbury set because Harry Styles was rumoured to make an appearance and then he doesn’t,’ someone else said.

Another fan – who failed to acknowledge how incredibly popular Billie is across the globe in her own right – remarked: ‘Thousands of people just watched a Billie Eilish show just to see if Harry Styles would get on what is life.’

Someone else questioned how a Harry and Billie collab would have played out, writing: ‘All these Harry Styles coming on with Billie Eilish rumours are wild! What would they have even sang!!!?’

While we would have loved to witness Harry and Billie tear up the stage together, watching Billie deliver a stellar headliner’s act on her own was a sensational sight to behold.

During her performance, the singer took several opportunities to encourage her fans to try to have as much fun as possible.

However, things took a more serious turn when the Grammy winner addressed the US Supreme Court’s overturning of the Roe vs Wade decision on Friday, a major setback for the abortion rights movement.

As she introduced her song Your Power, she explained that the song is about the concept of power and those who abuse it.

She continued: ‘The song we’re about to do is I think one of the favourites that we’ve written and it’s about the concept of power and how we need to always remember how not to abuse it.

‘And today is a really, really dark day for women in the US. I’m just going to say that as I cannot bear to think about it any longer in this moment.’

Have R&B's 'Toxic Kings' Taken it Too Far?

Coldplay Break Out the Fireworks for Euphoric 'Humankind' Video