Follow
Home » Music » Kubrick: ‘Painfall is me breaking out of formulaic metal music’ 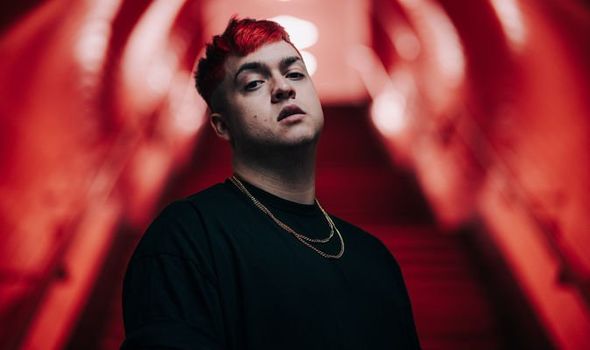 Kubrick is a newcomer as a solo artist, but not in the music industry. He has been the frontrunner in a number of bands over the past decade (Shields and Sleep Token to name a mighty two), but the star has now branched out on his own. And with good reason.

Speaking exclusively to Express.co.uk, Kubrick explained over Zoom how his new solo venture is allowing him to create the music he previously deemed impossible.

“I realised I was struggling because I had been writing in this parameter of this djent-y metalcore stuff,” he said. “And suddenly I thought: I can write whatever I want!”

He explained he “struggled to break out of writing breakdowns and riffs and that formulaic [structure]”.

The singer’s epiphany came down to realising he didn’t even have to write metal. Who was forcing him? “I love metal music,” he explained. “But it’s not what I spend most of my time obsessing over and listening to.” Instead, Kubrick fills his ears with The Weeknd, Drake, and a string of Anime soundtracks. Mostly, he wanted to challenge himself by writing in a new genre of music. “I want to do stuff that is challenging for myself, technically, but also challenging in terms of [combining] a djent-y metal riff with a soaring falsetto.”

Eventually, his wife and his producer George Lever (producer for Sleep Token, Loathe, Holding Absence, Monuments, etc) urged him to strike out on his own, as a solo artist. Something new, different. And, of course, this time he isn’t tucked away in a band somewhere, his name and face are front and centre.

And Painfall is nothing short of unexpected. On your first listen to the track, you’ll be forgiven for experiencing musical whiplash. Kubrick himself described the song as a mix between Meshuggah and American singer/songwriter Caroline Polachek. This blending of two genres doesn’t sound like it should work – but it really does. Scroll down to have a listen for yourself.

In his own words, Kubrick gushed: “I wanted it to be a surprise … I feel that Painfall captures the heavy metal side of things that I love – but it’s also… I wouldn’t think it would be fair to call it a metal song.”

“It’s like a dance track in that Billie Eilish kind of vein. They’re basically the two ends of the spectrum of the kind of music that I love.” While talking to Kubrick about his distinctive and unique sound, it’s obvious how much he pores over every note in his music (“I really love the production side of things. Like, really overanalysing the way a kick drum sounds and making it fade in a certain way”), but the most striking moments of Painfall are embedded within its visceral lyrics. The candidness of Painfall is actually really admirable. Any artist can write an emotionally tinged song, but the song feels like a peek inside Kubrick’s telltale bleeding heart diary. Even more admirable is Kubrick’s willingness to open up – even to me – about what he was going through at the time. “My entire life I have massively struggled with self-acceptance and liking myself, really, in general,” he explained. “My own competence, and feelings about my own self-worth, I’ve struggled with.

“For me, there was this flavour of self-hatred and ‘I don’t deserve this’. The song is really about trying to persevere through that self-hatred.

“It’s a human thing. I don’t think it’s a ‘me’ thing – it applies to men and women alike, and we all battle with that feeling of ‘I don’t deserve this’. [But] it’s fine to experience those emotions.”

It’s easy to see how Kubrick might feel this way at this stage in his career. He just missed out on mainstream success with Shields before they crumbled. And he no doubt feels some weight on his shoulders from his monolithic namesake (yes, his grandfather is that Stanley Kubrick). But, as Painfall dictates, he isn’t going to stop. He’ll persevere.

Thankfully, Kubrick has a lot more coming, by the sounds of it. “There’s going to be no shortage of music from me at all in 2022,” he smiled. Adding there will be “at least” two more music videos at the beginning of next year.

Kubrick also exclusively shared with me that his next single is due to be released in January 2022.

After that? He’s hitting the stage. He recently announced his first-ever live gig has been confirmed to take place in April 23, 2022, in London supporting metal band THECITYISOURS.

Until then, I’ll have Painfall on repeat.

Kubrick – Painfall is out now.