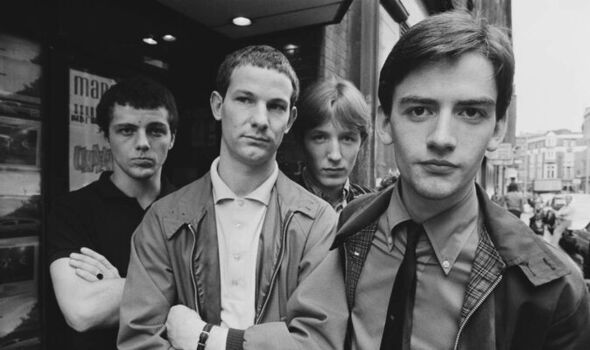 Still teenagers, they had already been signed and burned by a major label. Their dream was to build a following of cynical, sharp-dressed kids, the Glory Boys, who knew the music business inside out and could therefore change it.

Instead, Secret Affair became the vanguard of the burgeoning 1979 Mod Revival that erupted in the wake of The Jam’s All Mod Cons LP.

Like the Specials, they were a dance band rooted in 60s music. But where the 2-Toners revived Ska, the East Londoners were fired by a love of Motown and Stax.

Dubbed “a new wave soul band”, they took the feel and rhythms of 60s soul and married them to angry guitars and lyrical manifestos.

Their sound set them apart from most of the other Mod revival bands, as did their smart-suited stage image and high standard of songwriting and musicianship.

Arista Records gave them their own I-Spy label and hits quickly followed – Time For Action, Let Your Heart Dance, My World – all of them included here, in a 34-song 2CD anthology or a 14-track 2LP format.

Time For Action, with its urgent horns and massive chorus, was their passionate calling card.

It sold more than 200,000 copies and upset the rock press with the line “We hate the punk elite”.

1980’s My World was more sophisticated, building to a glorious earworm chorus that caught the mood of being young and having fun on the fledgling scene.

Although the New Mod wave was washed away by the 2-Tone tide, this collection – compiled by Acid Jazz’s Eddie Piller – is a powerful reminder of why Secret Affair mattered.