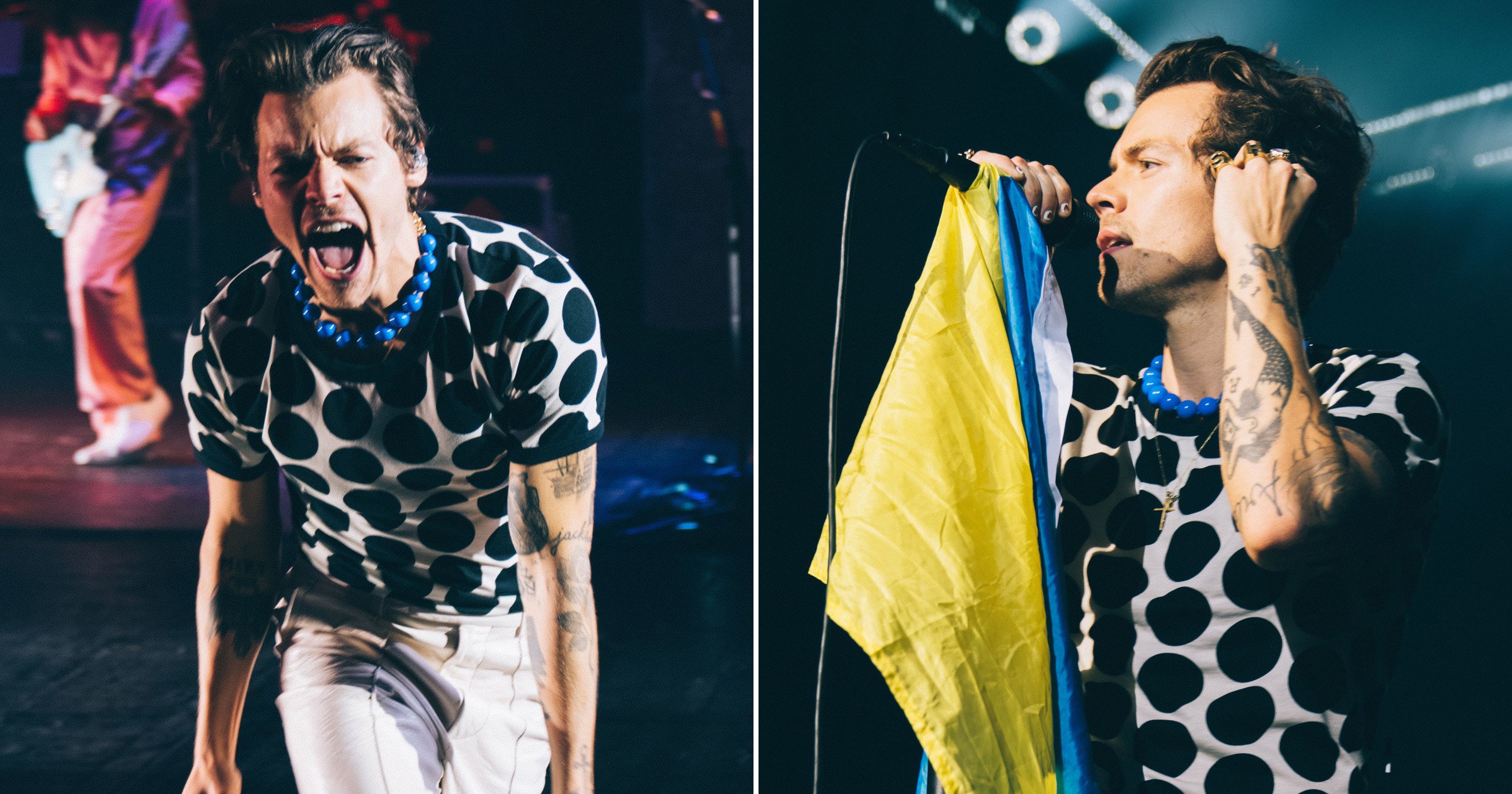 ‘Good evening, my name is Harry…’ begins the planet’s biggest male pop star as he swaggers into the spotlight at O2 Brixton Academy, tongue surely lodged in cheek. After all, this is a chap who doesn’t need an introduction.

At this point, Hazza is a religion with an obsessive fanbase of (mostly female) diehard devotees. Outside the venue, anguished teenage girls desperately brandish boards begging for tickets to his sold-out One Night Only show – and it’d genuinely come as no surprise if they were also clutching the heads of sacrificial lambs to help the cause.

It is easy to see why folks bow down at the altar of the former 1D heartthrob.

From the moment he steps up to the mic stand, wearing white flared trousers, a polka-dot top and pearls, Styles has the audience eating out of the palm of his hand.

Every single song on the setlist is ‘remixed’ with the deafening screams of a practically orgasmic crowd, piercingly punctuated by interchangeable iterations of ‘I love you Harry’, or ‘I want your baby, Harry’ – don’t we all. This reviewer’s (quite possibly perforated) eardrums are still recovering from the Richter scale-shaking shrieks.

But it speaks to the powers of an artist whose manufactured boy band days are long behind him. Indeed, a rock-ified version of One Direction’s mega-hit What Makes You Beautiful serves only to highlight how far The Floppy-Haired One has come.

Like a magician waving his wand (not a euphemism), the chart-topper cast his spell from the get-go. ‘You’re here to have as much as fun as possible,’ he instructed, before skipping, sauntering and hip-wriggling his way through his third album Harry’s House, his finest work to date.

On a (salmon skin) roll with lo-fi funk opener Music at a Sushi Restaurant, Styles wastes no time finding his groove, slipping into the dreamy Little Freak, Matilda – ‘dedicated to anyone who has felt guilty about trying to take care of themselves’ – and sing-a-long smash As It Was.

Oozing charm and that sumin’ sumin’ special called charisma, Styles works the room like a consummate pro, whether daft dancing or shaking his buns, which might explain why he had to temporarily halt his performance to check in on a distressed fan. Swoon levels were pandemic high.

Styles’s showmanship extended to his patter between songs, whether it was his faux embarrassment around singing about drugs in front of his mum, who was in the audience; confirming that, yes, Watermelon Sugar is an ode to oral sex (knew it wasn’t about fruit!); or playfully doffing his cap to former flame Taylor Swift – when a fan revealed it was her 22nd birthday, he cheekily cooed Swift’s track of the same name. A superstar with a sense of humour? A rarity.

Towards the end of his triumphant evening, Harry proudly twirls both a Ukraine and Pride flag, making it abundantly and joyously clear that he is an entertainer for one and all.

As Harry departs a stage littered with pelted bouquets of flowers, it feels like a fitting tribute to a musician in full bloom – but, even more excitingly, a musician who has the potential to blossom into something even bigger.