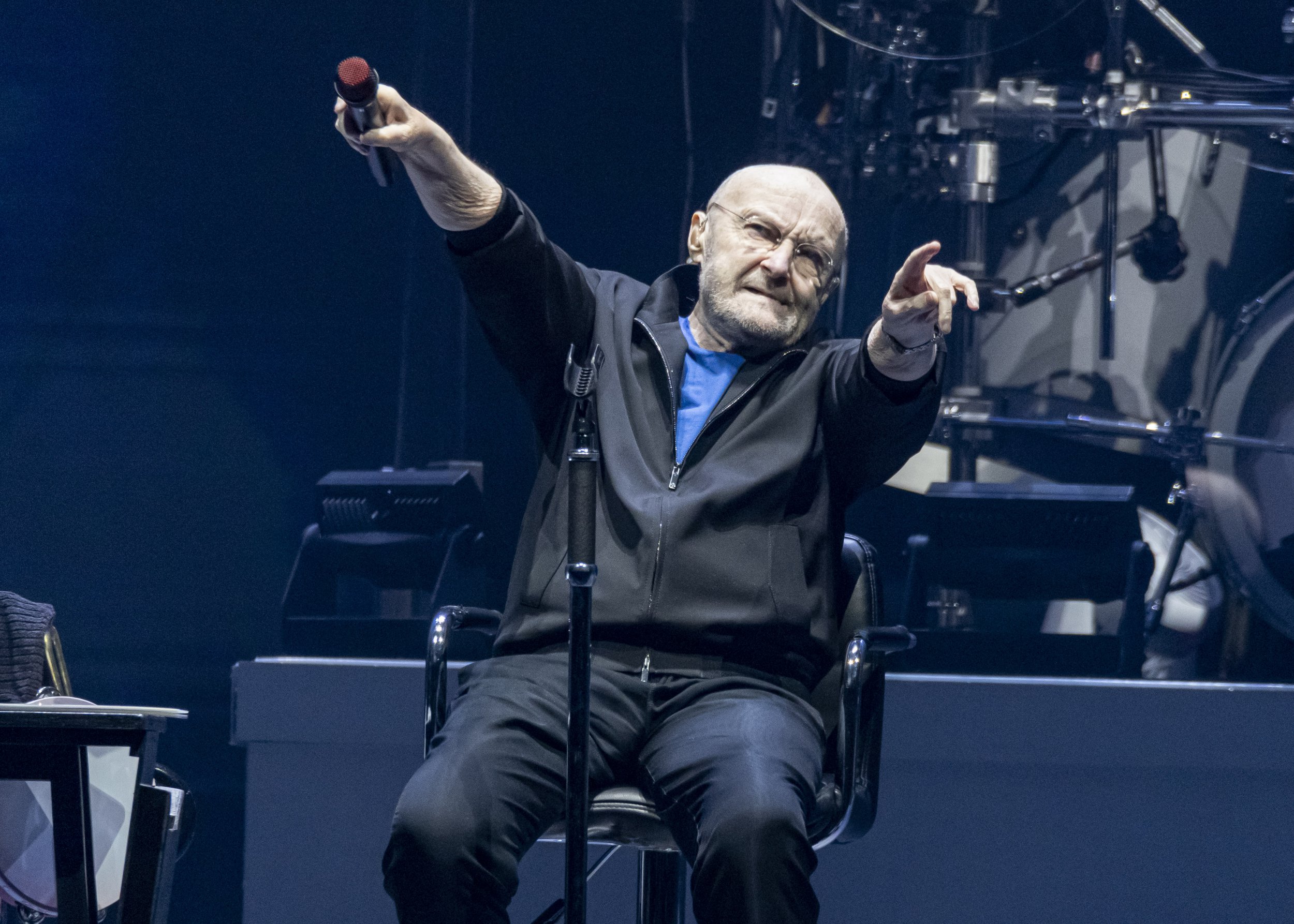 Phil Collins has performed a Genesis concert from a chair as he battles with continued ill health.

The music legend, 70, is currently on tour with Genesis, and true professional as he is, is determined to keep going despite struggling with health issues.

Performing in the Little Caesars Arena in Detroit, Michigan as part of their The Last Domino? tour, Phil and fellow Genesis members rocked out to their classic hits, including In The Air Tonight and Land of Confusion.

While Phil can no longer play the drums, his voice is as strong as ever and fans were treated to a an incredible stage presence despite the singer remaining seated throughout the performance.

It’s not the first time the musician pushed past health difficulties to perform on this tour. The hitmakers brought their The Last Domino? tour to Glasgow in October, where Phil also remained seated as he belted out the band’s classic hits.

The British group kicked off their tour, which may be the band’s final one, in October of this year.

Beginning in Birmingham, the band toured across the UK before moving on to the United States for a 21-day stint which will finish up in December.

The tour was delayed, however, after several members of the band tested positive for Covid-19.

Genesis released a statement admitting it was a ‘hugely frustrating development for the band who are devastated with this unlucky turn of events.

‘They hate having to take these steps but the safety of the audience and touring crew has to take priority.’

Now back on the road again, the genius behind the Disney’s Tarzan soundtrack has continued to wow audiences across the UK and US.

Phil previously confirmed that it will likely be his last tour as he continues to battle health issues.

When asked about more dates in 2022, he responded to Mojo (via NME): ‘This English and American tour, that will be enough for me.’

However, keyboardist Tony was quoted as saying: ‘I think it depends a little bit how it goes. How Phil stands up to it all. How the audience receives it, and how we all feel about it, really.’

Phil’s son, Nic Collins, has taken over playing the drums for his father on the tour.