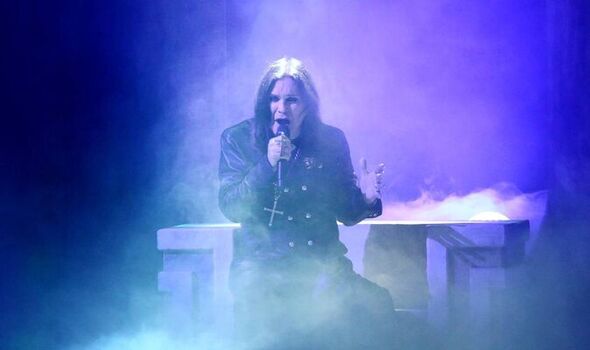 “I’m not getting out alive,” sings the Black Sabbath star, his mental wounds still screaming. “I’m not getting out cos I’m patient number nine.” The atmospheric epic opens deceptively with gentle keyboards as Ozzy says, “I wanna go home,” only to be taunted with manic laughter.

Then Jeff Beck’s swaggering riff powers in, and a mournful verse leads to interplay between the surprisingly melodic bridge and Jeff’s dazzling guitar play.

Six minutes in, the mood changes with Beck’s solo twisting, turning and building with balletic grace.

Osbourne was at his post-Sabbath best on 1980’s multi-platinum Blizzard Of Ozz album, thanks largely to the skill of guitarist Randy Rhoads who died tragically aged 25.

How do you fill that gap? Step forward rock’s greatest axemen… as well as Beck, we get Pearl Jam’s Mike McCready on snarling rocker, Immortal, and Eric Clapton playing with feeling on One Of Those Days.

Then Sabbath legend Tony Iommi supplies a crushing heavyweight riff on Degradation Rules, about onanistic fantasies, and a ferocious solo on No Escape From Now.

Ozzy’s guitarist Zakk Wylde carries the bulk of the six-string load. He’s at his best with Parasite’s tough, effective riff and on the darkly sinister Evil Shuffle.

Surprises include some Beatles-style melodies and the crazed choral album closer Darkside Blues.

Bastille's Dan Smith reveals he was once electrocuted on stage

Buzz built on their heritage – Buzzcocks Sonics In The Soul

Two Beatles spent ‘hours’ in furious argument while others looked on