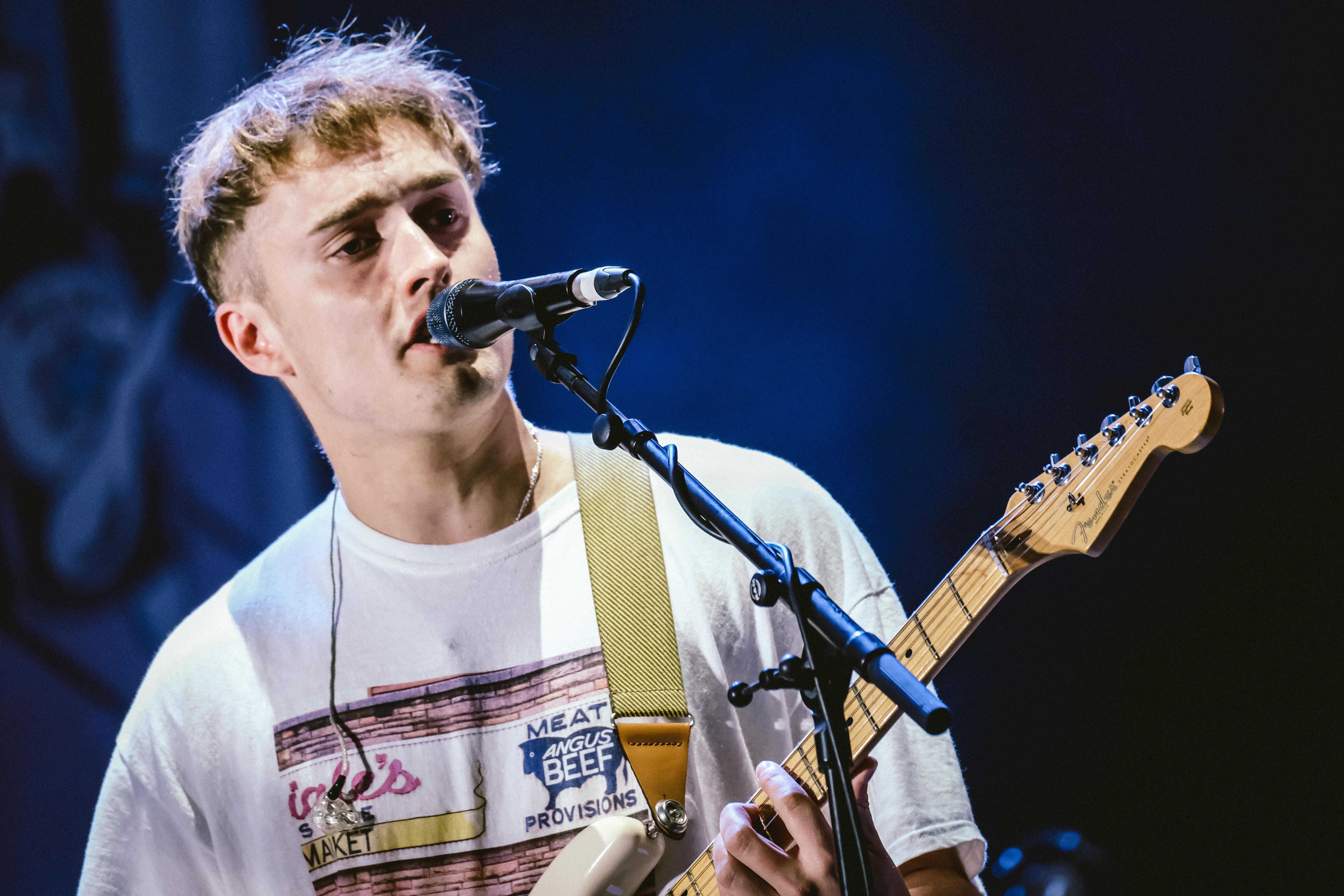 Sam Fender has announced that he’ll be taking time off from touring to look after his mental health.

He was set to perform in Portland, Seattle, and Vancouver later this month, before joining Florence and the Machine as a support act at New York City’s Madison Square Garden and performing at Las Vegas’ Life is Beautiful Festival.

However, he will no longer be appearing at these dates, admitting that he and his band are ‘burnt out’.

The singer, 28, shared a vulnerable statement with his fans, saying that he feels like a ‘hypocrite’ for writing songs about mental health and advocating discussions on mental wellbeing when he has ‘neglected’ his own for so long.

‘I’ve neglected myself for over a year now and haven’t dealt with things that have deeply affected me’, he began.

‘It’s impossible to do this work on myself while on the road, and it’s exhausting feigning happiness and wellness for the sake of business. My friends and colleagues have been worried about me for a while and it’s not going to get better unless I take the time to do so.’

The 17 Going Under hitmaker thanked his fans for their ‘love and support’, adding that he ‘hates’ to let anyone down.

‘But the state of my wellbeing is starting to affect everything I do, including my performances. I refuse to go out there and not give it my all EVERY time, as you all deserve nothing less’, he added.

Announcing the cancellation of his shows, Sam said he is ‘especially sorry to everyone who’s been waiting for news on the rescheduled UK record store dates’.

He hopes to ‘work something out’ for ticket holders, but stressed that the break is necessary so he can ‘come back stronger’.

The Geordie lad emphasised that he is ‘excited’ to head to Australia in late November, as well as for ‘everything to come in 2023’.

‘I can’t express how grateful we are to have such an awesome fan base. I’ve met a fair few of you over the years and those encounters have genuinely restored my faith in humanity. You’re all sound as f**k’.

Sam signed off by saying he ‘needs this time’ to recharge and recuperate, again expressing his gratitude to his loyal fans for ‘sticking by us’.

The musician was met with a wealth of love after baring his soul in the vulnerable Instagram post, with even the likes of Gwyneth Paltrow showing her support.

‘This is beautiful. We ❤️ you. Look after yourself’, the actress commented.

Another supportive comment read: ‘I think I speak for all of us when I say, I would much rather read about you taking a break and cancelling shows than reading about you hitting breaking point ❤️❤️ A decision like this takes guts and I’m proud of you man ❤️❤️❤️’.

Others urged Sam to ‘never apologise for taking care of yourself’ and reminded him that ‘nothing else matters but your health’.

Sam’s forthcoming appearances for 2023 include a gig at St James’ Park in Newcastle on June 9 and 10.

He described the sets as ‘a childhood dream’ and shared on his website that he hopes to make it a ‘special moment’.