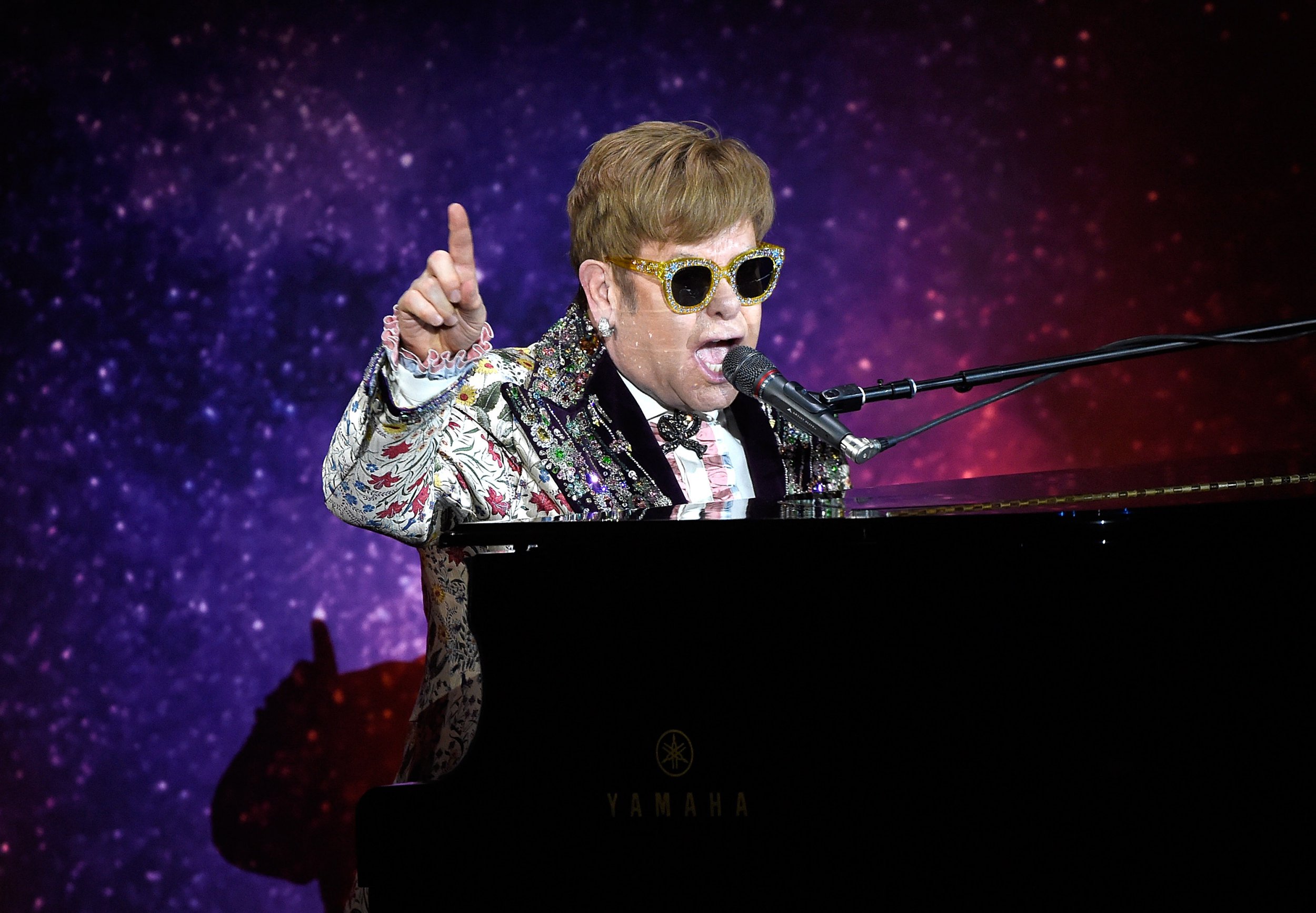 The multi-award-winning singer, 74, will play at the ground in July next year as part of his Farewell Yellow Brick Road tour.

Sir Elton now serves as honorary life-president of the Premier League club after becoming chairman in 1976.

After appointing Graham Taylor as manager of his boyhood team he oversaw a period of great success for Watford.

The Candle In The Wind icon has played the venue three times previously, having first appeared there in 1974 dressed as a hornet, in tribute to the club’s nickname.

Announcing the shows, Sir Elton said: ‘I simply had to play Vicarage Road a final time as part of my Farewell Yellow Brick Road tour.

‘My relationship with the club, with the fans, the players and the staff over the years have meant the world to me.

‘Through the good times and the bad, Watford has been a huge part of my life.

‘I love the club so dearly and have had some of the best days of my life in those stands – these shows are going to be so incredibly emotional, and to spend them surrounded by my fellow Watford fans will be wonderful.

‘We’ve been on quite the journey together.’

The shows will take place on July 3 and 4 and will finish the 2022 European tour.

Sir Elton is keen to get back out on the road after recovering from hip surgery, which caused him to postpone gigs earlier this year.

In September, he was forced to reschedule some of his Farewell Yellow Brick Road concerts to 2023 as he was left in ‘considerable pain’ following a fall.

He underwent an operation and, earlier this month, he revealed he is now ‘raring to go’ after the op while being made a member of the Order of Companions of Honour by the Prince of Wales at an investiture ceremony at Windsor Castle.

Accepting the award, Sir Elton reflected on his record-breaking career that has seen him release a hit single in every decade since the 1970s, and notch up worldwide record sales of 300 million.

‘I’ve had an amazing life, music has been my life, and I got this [award] for music and for work for charity,’ the music icon said.

His Farewell Yellow Brick Road tour, which was originally postponed due to the Covid pandemic, will kick off again in the United States in January 2022, with Sir Elton set to return to the UK for a plethora of shows from June next year, including the Vicarage Road gigs.

Ticket sales begin on Thursday December 2 at 10am.

A Warrior for the Heart: The Gigantic Music Legacy of Greg Tate

Greg Tate, a Godfather of Hip-Hop Journalism, Dies at 64