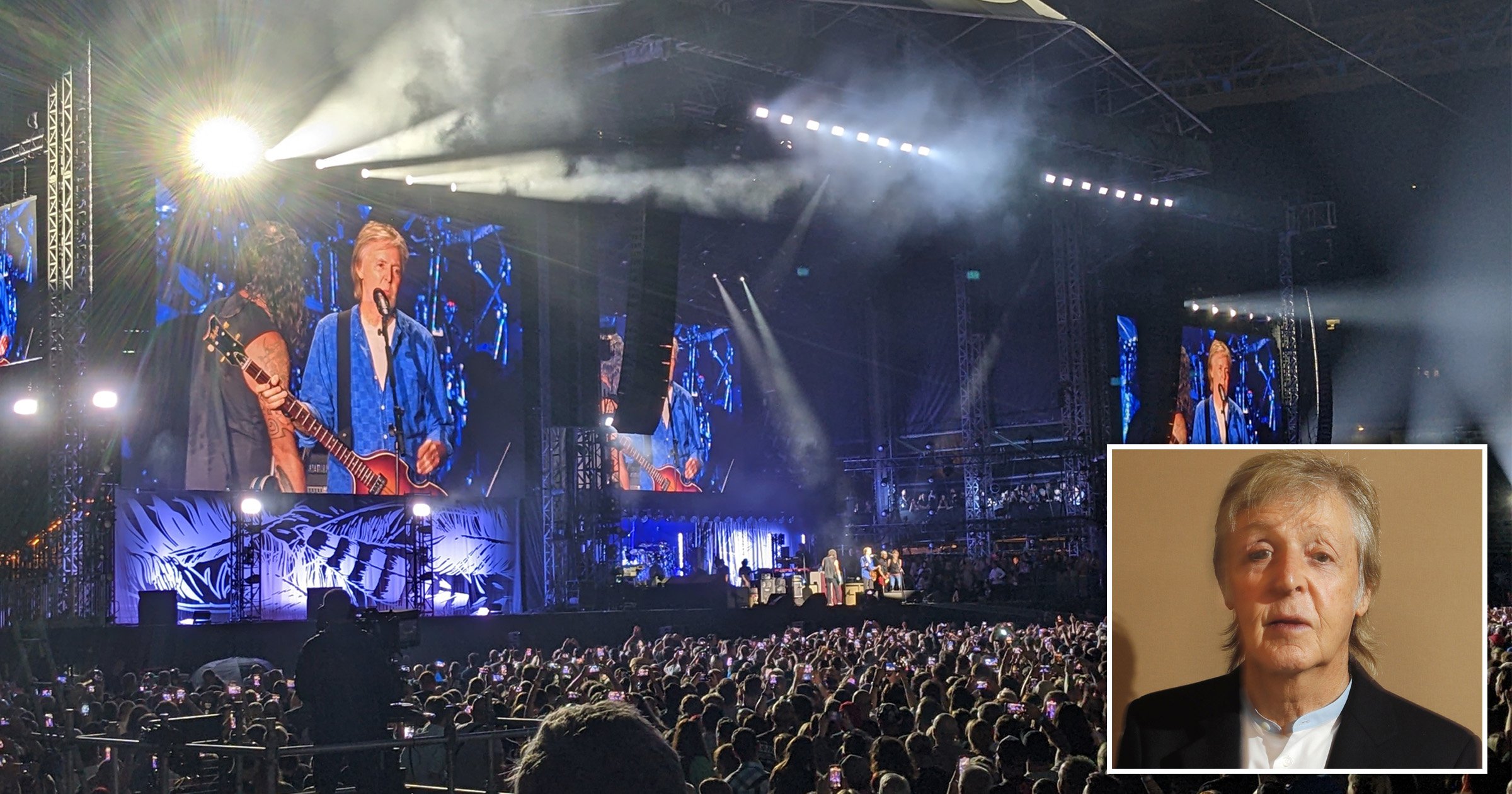 Sir Paul McCartney made a surprise appearance at the Taylor Hawkins Tribute Concert at Wembley Stadium on Saturday night, honouring the drummer after his sudden death aged 50 in March.

Alongside Chrissie Hynde, who earlier took to the stage for a set nearer the top of the show with her band The Pretenders, the pair sang a duet.

Ironically the pair then had to pause while they waited for a drummer, following Grohl’s earlier explanation that they were entering a part of the show with a ‘revolving door’ of drummers in honour of Hawkins, who died earlier this year.

After Sir Paul joked that they were ‘in the pub’, he and Chrissie kicked off their rendition of Beatles song Oh! Darling together.

‘I haven’t done this since I recorded it about 100 years ago, but we’re going to do it tonight and as a duet for the first time for you,’ he said.

Before performing another Beatles song, Sir Paul shared one of his favourite memories of Hawkins.

‘So Dave rang me up one day and he said, “Taylor has written this song called Summer Rain and we’d like you to drum on it”.

‘This group has got like two of the best drummers in the world, and they wanted me to drum on it. So I did.

‘Quite a memory,’ he added.

The music icon then stayed on to perform Helter Skelter with the Foo Fighters, a Beatles song he has played with the group live previously, becoming something of a favourite.

Grohl delivered his first public performance since Hawkins’ death in March with Sir Paul at Glastonbury this summer, as a surprise guest with Bruce Springsteen during the 80-year-old’s headliner set.

Other stars who too part in the tribute to Hawkins in London included Queen’s Brian May and Roger Taylor, Nile Rodgers, Liam Gallagher, Travis Barker and Metallica’s Lars Ulrich alongside AC/DC’s Brian Johnson.