Taylor Hawkins and Dave Grohl knew they had a deep connection the moment they met. They hadn’t even played music together yet. In his memoir, The Storyteller: Tales of Life and Music, Grohl explained Hawkins came into his life like an F5 tornado. Hawkins was Grohl’s “brother from another mother, my best friend, a man from whom I would take a bullet.”

Their “chance meeting was a kind of love at first sight, igniting a musical ‘twin flame’ that still burns to this day.” They were “absolutely meant to be.”

Yet, Hawkins claimed there was one thing that would’ve brought on his and Grohl’s divorce; a barbecue restaurant.

In an interview with Radio X, Grohl said he was the king of barbecues in Foo Fighters’ little world. His love of barbecuing started after he got home from touring with the band for a while and had nothing to do.

Grohl explained, “When we stopped touring for the last record, you know, you’re left after being on the road for years and years and years, and then you’re just sort of sat down on your back porch with nothing to do, you could lose your f***ing mind.

“So, Nat [Mendel] gave me this smoker, it’s called a Big Green Egg. I just started learning how to do it, and it was very therapeutic for me because when you’re slow cooking something at a low temperature if you’re doing a brisket, like an eight-pound brisket, that’s a good 10 hours out of your day.”

Grohl continued, “It’s not an automatic cooker, so you have to actually sit there, and sort of manipulate the vents in order to keep that temperature, and I just sat there for 10 hours at a time watching a temperature gauge. I got really f***ing good at making barbecue.” 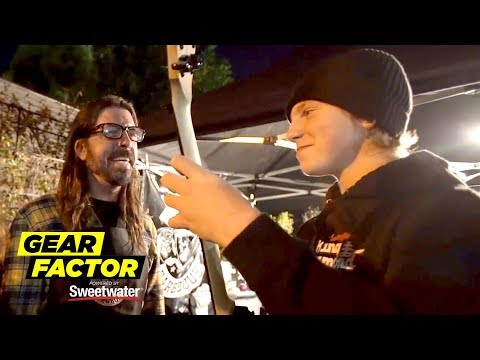 Hawkins told Radio X that he and Grohl had thought of starting a barbecue restaurant but then realized it would’ve resulted in their divorce.

“At one point, me and you even talked about finding a small little dive bar around where we live and turn it into like a rock club/Dave’s barbecue,” he explained. “Then we realized that we’d get divorced if we did that. So, we’re not going to do that.”

Surprisingly, there was something that could have ruined Hawkins and Grohl’s relationship. 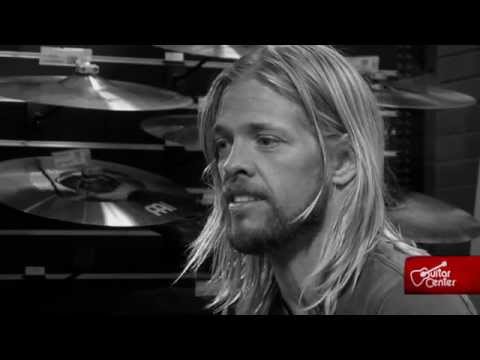 Eventually, Grohl’s love of barbecuing became an all-night event. In 2021, Hawkins told Rolling Stone that Grohl’s recording process is like one of his late-night barbecues.

“Dave loves to grill,” Hawkins said. “The reason Dave loves to grill is because there’s a beginning and a middle and an end to the project. And he is very, very focused when he is focused on what he wants to do.

“So when we make an album, he shows up with the charts, these are the song ideas, here are some demos, blah, blah, blah, blah. Work our way at it. It’s all very well-prepared and well-thought-out and well-constructed.

“And it’s because it’s just like when he does barbecue for 75 people, and he doesn’t mind that he doesn’t get any sleep for 30 hours, he’s fine. Sits there and smokes cigarettes and texts and f***ing checks the beef every f***ing half an hour or whatever.

“It’s literally 30 hours. He stays up for 30 hours sometimes without drugs. Well, nicotine, but yeah, no, without drugs. Maybe a little bit of booze or whatever, but no, he’s a f***ing beast. He is a beast. There’s no competing. You won’t win. You can’t compete with Dave. He’s the winner.”

It would have been awesome if Hawkins and Grohl started a barbecue restaurant. However, if they knew it would have ruined their relationship, they were good not to go ahead.