Grammy-winning folk singer-songwriter Nanci Griffith has died at age 68. The Associated Press reported that the Texas singer-songwriter was known for “From a Distance,” which would later become a hit song for Bette Midler. The song appeared on Griffith’s first major-label release, “Lone Star State of Mind,” in 1987. The AP reported that Griffith helped artists Lyle Lovett and Emmylou Harris break into the music business. Griffith had a distinctive voice with a “twangy Texas accent,” singing about “Dust Bowl farmers and empty Woolworth general stores,” AP reported. According to Saving Country Music, Griffith was “a living legend in Austin.”

Saving Country Music reported that Griffith was diagnosed with breast cancer in 1996 and thyroid cancer in 1998. In her later years, the outlet reported the singer lived in Nashville, and she “turned bitter” about the time she spent in Texas trying to build her career. According to the outlet, Griffith said, “There has always been a certain amount of pathos within artists who leave their sacred bountiful homes of birth for the benefit of preserving their own belief in their art — especially in cases such as my own where my native soil that I have so championed around this globe has done its best to choke whatever dignity I carried within me.”

Nanci Griffith's cause of death was not announced 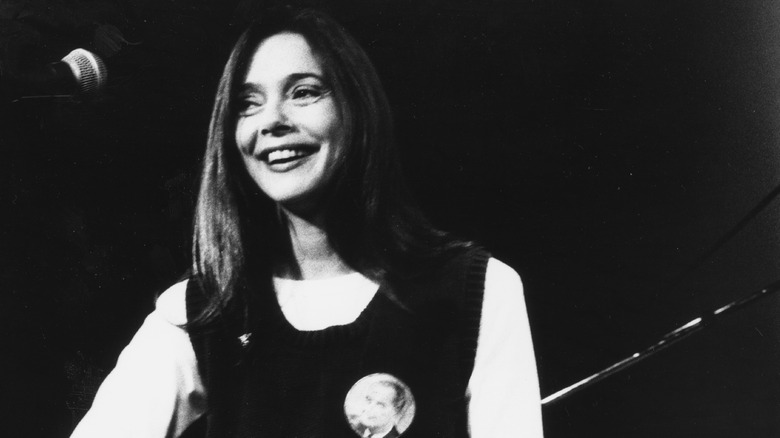 Fans around the world are mourning Nanci Griffith’s death. According to the Associated Press, Griffith’s management group Gold Mountain Entertainment reported that she died on August 13, but they did not provide a cause of death. Gold Mountain Entertainment said in a statement, “It was Nanci’s wish that no further formal statement or press release happen for a week following her passing.”

Variety reported that Country Music Hall of Fame and Museum CEO Kyle Young paid tribute to Griffith after her death. Young said, “Nanci Griffith was a master songwriter who took every opportunity to champion kindred spirits… Her voice was a clarion call, at once gentle and insistent…Nanci offered gifts that no one else could give.”

The Washington Post also paid tribute to the folk singer, reporting that Griffith gained many fans in Ireland and Northern Ireland, one of her favorite places to tour. Our condolences go out to Griffith’s loved ones.

death, NAN, of, singer, the, Tragic
You may also like: