Follow
Home » Music » What Is the Age Difference Between Ike Turner and Tina Turner?

What Is the Age Difference Between Ike Turner and Tina Turner?

Ike Turner and Tina Turner were once one of the music industry’s most famous couples. During their relationship, they created chart-topping songs such as “Proud Mary” and “River Deep, Mountain High.” However, their tumultuous relationship behind the scenes caused Tina to divorce Ike in 1978. Although they split up years ago, some Ike and Tina fans might not know the exes’ age difference. 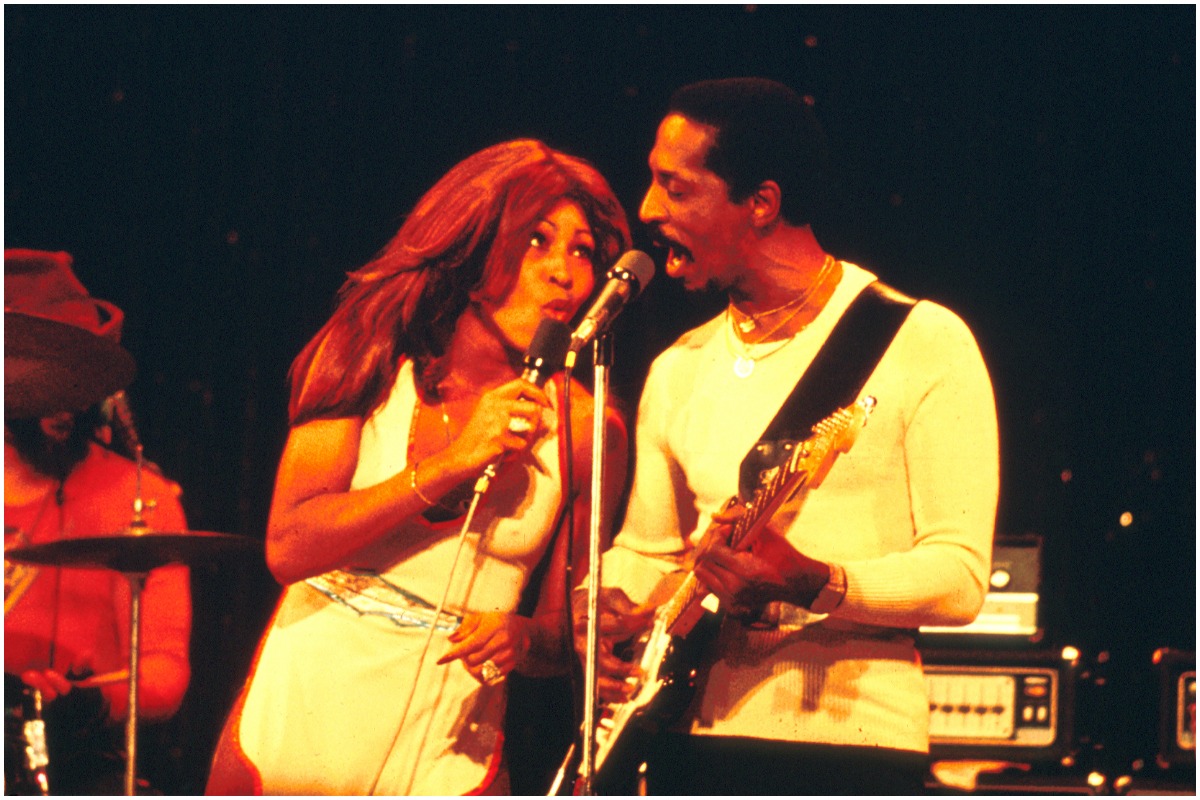 Ike Turner and Tina Turner were friends before they got married

Tina, born Anna Mae Bullock, spent most of her childhood in Nutbush, Tennessee. When she was a teenager, she moved from Nutbush to live with her mother, Zelma Currie, in St. Louis. The “I Don’t Wanna Fight” singer’s sister, Alline, also stayed at their mom’s house. One night, Alline took Tina to a concert in the area. While there, she heard Ike’s band, Kings of Rhythm, for the first time. After hearing them live, Tina asked Ike to join the group.

Although she was smitten by how talented he was, Tina admitted in her memoir, My Love Story that she didn’t find Ike attractive at first. She recalled thinking he was “ugly” compared to the high school boys she met at the time.

“The first time I saw Ike onstage, he was at his very best, sharply dressed in a dark suit and tie,” she recalled. “Ike wasn’t conventionally handsome—actually, he wasn’t handsome at all—and he certainly wasn’t my type. Remember, I was a schoolgirl, all of 17, looking at a man.”

How much older is Ike Turner than Tina Turner?

After their meeting, Ike and Tina toured together with Kings of Rhythm. Eventually, the group’s name changed to the Ike and Tina Turner Revue. At the same time, the “What’s Love Got to Do with It” artist became the lead singer of his band. The pair also got romantically involved, even though they weren’t each other’s type.

When Tina turned 22, Ike asked her to marry him. She reluctantly agreed to the proposal because of their eight-year age difference and his alleged abuse. However, she wanted the marriage to work because of their growing family. Before Ike, Tina had one son, Craig Turner, with his bandmate, Raymond Hill. Additionally, the “Rocket 88” singer and his ex had two children together. In 1960, Ike and Tina welcomed their first child as a couple, Ronnie Turner.

“I don’t remember why marrying me was the solution to this particular financial problem, but in Ike’s mind, it was the right maneuver,” she recalled. “Out of the blue, he said, “You want to marry me?” Just like that—gruff, terse, no niceties. That was Ike’s way.”

How long were Ike and Tina married?

Once she became Ike’s wife, Tina wrote in My Love Story that the relationship between them worsened. The singer said that her ex allegedly emotionally, physically, sexually, and financially abused her during their marriage. At one point, Tina relied on her former backup dancer, Sweetie Pie’s Robbie Montgomery, for money.

Tina divorced Ike with only a few cars and her stage name. The couple was together for 16 years. In 2007, her ex-husband died of a drug overdose. Following her divorce, the singer reinvented herself and launched a solo career. The Grammy winner also headlined several world tours with songs such as “The Best,” “Typical Male,” and “Private Dancer.” In May 2021, she got inducted into the Rock and Roll Hall of Fame as a solo artist.

“I am absolutely thrilled to be inducted into the Rock & Roll Hall of Fame amongst such amazing artists!” the singer wrote on Twitter. “Thank you for all your continued love and support over the years! Love, Tina.”

The Transformation Of Iggy Azalea From 21 To 31 Years Old