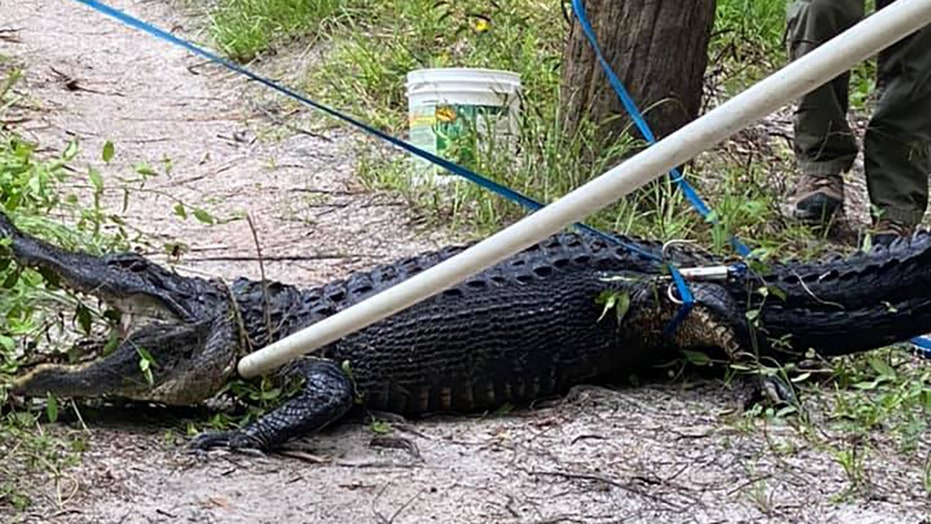 A bicyclist was attacked by a roughly 9-foot long alligator at a park in Stuart, Florida, on Monday, according to authorities.

The unidentified man was riding his bike on a trail at Halpatiokee Regional Park around 11 a.m., when he lost control and fell “about six feet down an embankment” and into a body of water, the Martin County Sheriff’s Office wrote on Facebook.

He was believed to have landed close to a female alligator who was near her nest, reports said. After he fell, the gator bit the man, severely injuring him.

“The cyclist was able to break free then crawl to an area where he was assisted by a bystander,” the sheriff’s office said.

Rescue workers secured the scene and drove the man more than a mile to a medical helicopter, according to authorities. He was airlifted to a medical center in Fort Pierce with “traumatic” injuries, Fire Rescue official Shawn Lisowy said, according to TCPalm.

Trapper John Davidson was able to locate and trap the gator following the attack, the sheriff’s office said.

“You got to be careful when you’re around the water, especially this time of year,” said Davidson, according to Newsweek. “The females are sitting on nests and are particularly aggressive.” 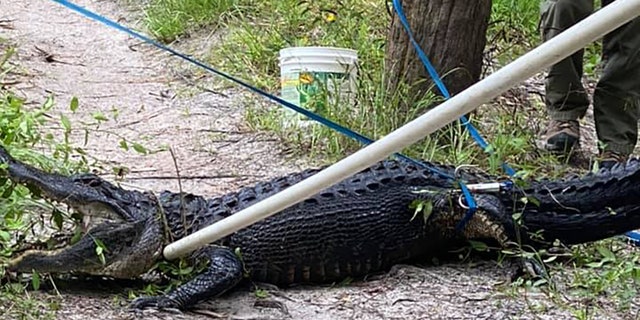 An investigation into the attack is being led by officers with the Florida Fish and Wildlife Conservation Commission (FWC).

According to the FWC, there were 12 incidents of alligators biting people in Florida last year.

Stuart is about 110 miles north of Miami.