According to the Humane League UK, Open Cages and Animal Equality, widespread adoption of the “Better Chicken Commitment” standard would substantially reduce the suffering of the birds in high temperatures. The charities have said that millions of chickens died in the heatwave earlier this year, which saw recorded temperatures exceed 104F (40C) in the UK for the first time. The need for change is “urgent”, they added, as the UK plunges into its second heat wave of the summer — with temperatures this weekend expected to reach as high as 35C (95F).

The Humane League’s Cordelia Britton said: “There is another heatwave coming this week and we risk another fresh hell for animals.

“If we don’t act now, chickens will die again and again. It’s a national disgrace.

“We need the Better Chicken Commitment to be made the minimum legal standard, and for existing laws designed to protect animals from high temperatures to be enforced.

“The Government must not shrug its shoulders and wait for the next catastrophe to happen.” 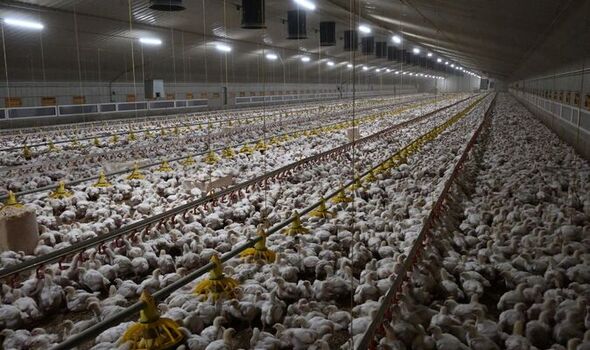 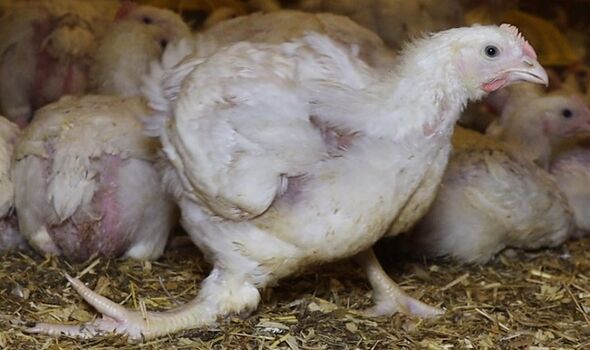 The Better Chicken Commitment is a welfare policy that aims to drastically reduce the suffering of broiler chickens by giving them more enrichment, natural light and space.

It also mandates the introduction of less painful methods of slaughter, third-party auditing, and the prohibition of fast-growing breeds.

To date, more than 330 companies in the food service, manufacturing and restaurant industries have signed up to honour the commitment — including recognisable names such as Greggs, KFC, Kraft-Heinz, Nandos and Nestlé, the largest food company in the world.

According to the Humane League UK, the better ventilation afforded to chickens under the commitment — along with the use of harder, slower-growing breeds — would allow the birds to cope better overall during episodes of extreme heat. 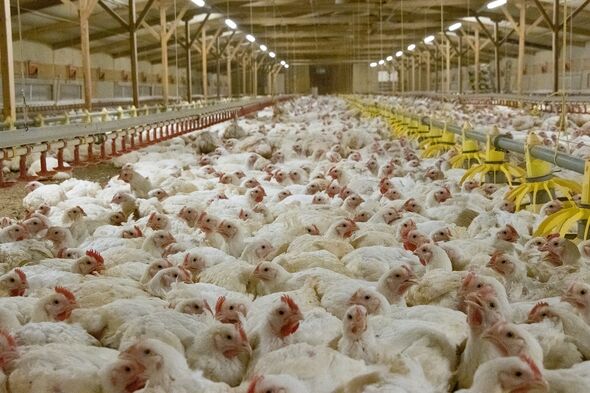 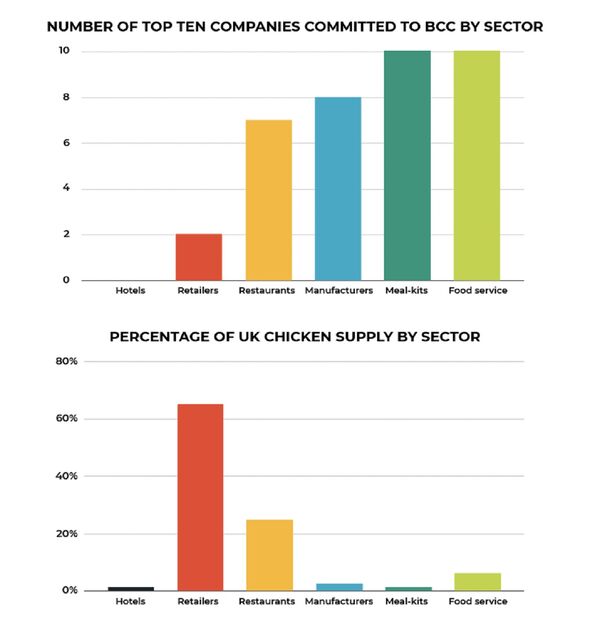 These, they added, include “like lameness, muscle disorders, impaired breathing and organ failure.”

DON’T MISS:
Russia’s ‘national security threat’ could ‘bring down UK economy’ [INSIGHT]
Monkeypox: WHO to rename disease over stigmatisation concerns [REPORT]
End of the world warning as humanity on the brink of ‘mass extinction’ [ANALYSIS] 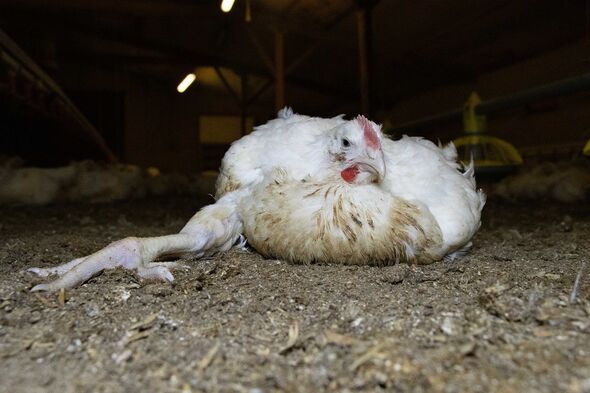 According to the Humane League UK, legislation does already exist that calls for ventilation in poultry farms to be sufficient to prevent the birds from overheating — and they have called on the Department for Environment, Food and Rural Affairs (Defra) to better enforce the measures.

They said: “Defra has long been aware of the dangers of heart stress, publishing a guide on it in 2005 and thousands of chickens died in a heatwave in 2019.

“Charities are questioning why the sector was caught so unprepared.”

According to whistleblowers, some farms did little to protect their birds from the heatwave that struck the UK last month.

One account, the Humane League UK said, describes “an ocean of green, rotting mush” found in the farm after the heatwave that the surviving birds were seen eating from.

Following the last heatwave, a Defra spokesperson told MailOnline that they were “deeply concerned” by the deaths of the birds.

They added: “It is vital the health and welfare of animals is protected.

“The Animal and Plant Health Agency is working to support local authorities in investigating what took place and in taking any appropriate further action.”

Open Cages CEO Connor Jackson said: “Most of these chickens that were cooked alive were destined for the shelves of Supermarkets like Tesco, Morrisons and Co-op.

“I wish I could say that this is a wake-up call to them, but their deep pockets appear to have made them callous to the welfare of the millions of [fast-growing] ‘Frankenchickens’ they sell every week.

“For years they have refused to sign the Better Chicken Commitment whilst hundreds of companies across the UK & Europe make the change.

“I fear that they can’t be trusted to do the right thing. But if the UK Government were to step in right now they could help ensure tragedies like this never happen again.”

Express.co.uk has reached out to Co-op and Morrisons for comment.

A Tesco spokesperson told Express.co.uk that all the freshen chicken they sell meets or exceeds Government-approved industry welfare standards as well as the Red Tractor quality certification.

They added that Tesco’s ‘Finest’, ‘Organic’ and ‘RSPCA Assured Room to Roam’ ranges meet or exceed every aim of the Better Chicken Commitment and that the firm is committed to continuously improving quality and welfare standards.