First described by the Greek writer Plato in his texts ‘Timaeus’ and ‘Critias,’ the mythical island was said to be a strong naval power that besieged Ancient Athens. In the story, Athens repelled the Atlantean attack unlike any other nation of the known world, supposedly giving testament to the superiority of ancient Greece. The legend concluded with Atlantis falling out of favour with the deities and submerging below the ocean, never to be seen again.

But, National Geographic’s ‘Legend of Atlantis’ revealed how an incredible find made in Alikanas Bay – a tourist hotspot on the island of Zakynthos, Greece – led some to believe it had been rediscovered.

The narrator explained: “Diver Pavlos Voutos sets out to take some underwater photos.

“Pavlos swims further out into the bay in search of clearer water.

“Then, out of the gloom, he sees something that will change his life. 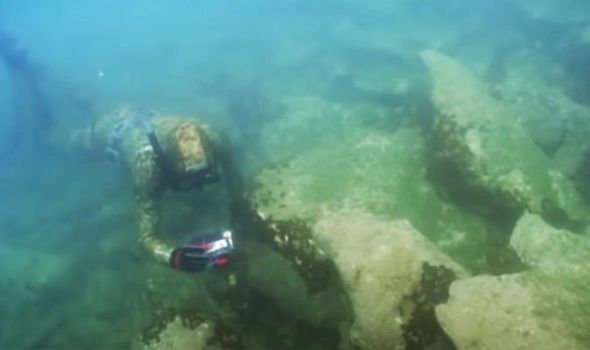 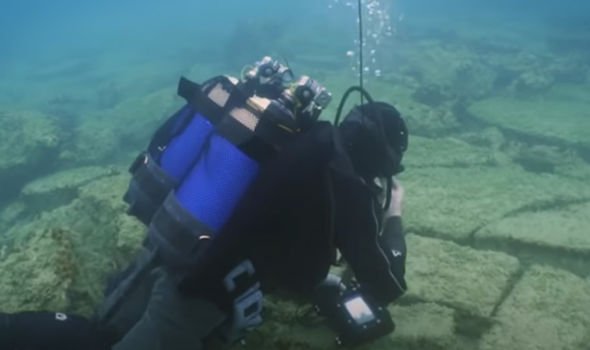 “The debris stretches out for hundreds of yards in all directions.

“The area is so large that Pavlos is convinced he’s found the remains of an entire city.”

The series went on to explain how experts were brought in to analyse the find.

“Stamatakis recalls seeing similar shapes on land, at the site of an ancient settlement built over 2,000 years ago. 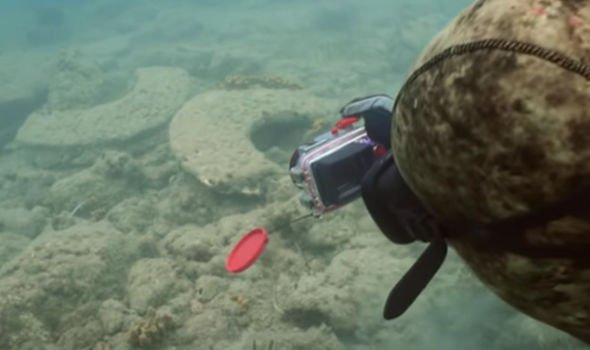 “If the same shapes lie on the seabed, they could indicate an ancient settlement just offshore concealed under the bay and forgotten about for centuries.

“Simon Brown is an expert in 3D modelling.

“He takes nearly 4,000 high-resolution photographs of the seafloor tracking each with pinpoint accuracy through GPS.”

And the documentary went one step further, stitching the photos together to reveal what was hidden beneath the water.

It continued: “Using these images, it’s now possible to do something which has never been done before – drain the waters of Alikanas Bay and reveal, for the first time ever, a 3D plan of the entire seafloor. 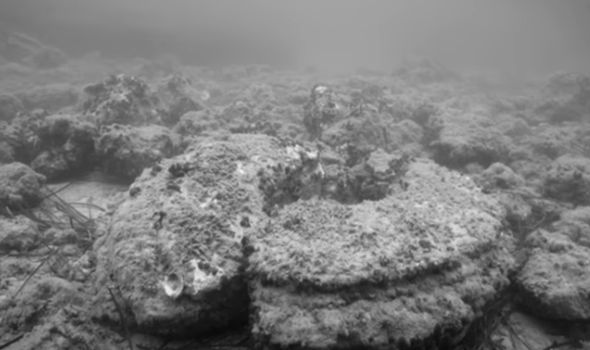 “As the Mediterranean begins to recede, a world is exposed that’s been invisible for thousands of years.

“First, the rocky shoreline is left high and dry.

“Then, from the dark depths, regular shapes begin to appear, hidden amongst the rocks.

“With the water drained away, it’s now possible to search the sea bed for evidence of human occupation.”

But experts did not uncover what they hoped for.

The narrator said: “Any objects made of metal, clay or stone should have survived. But there’s nothing. 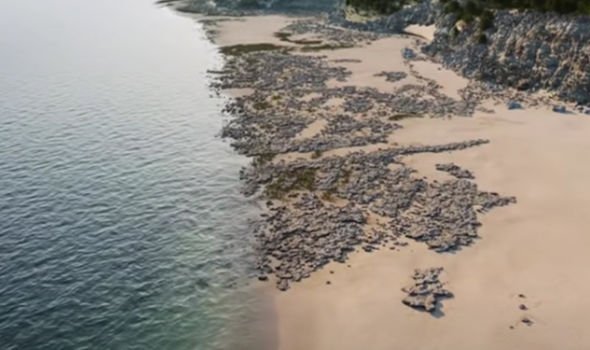 “Which means these extraordinary remains, whatever they are, are not the relics of a lost town.

“Underwater vents release methane from deep within the Earth.

“Combining with microbes and sediment, the methane causes regular circular shapes to form.

“Far from being a relic of ancient Greece, the structures here pre-date human activities by five million years.“