This saw Flight 14 achieve a medium height of a little more than 350,000ft (66 miles) into Earth’s atmosphere.

Congrats to the Blue Origin team on another successful launch. One step closer

Today’s test marked the first flight for this particular booster, and for the capsule carried by the rocket.

New Shepard was fitted-out with a suite of features designed for passengers, such as safety and control systems tested by Blue Origin for the first time.

And also on board was a life-sized test dummy dubbed ‘Mannequin Skywalker’. 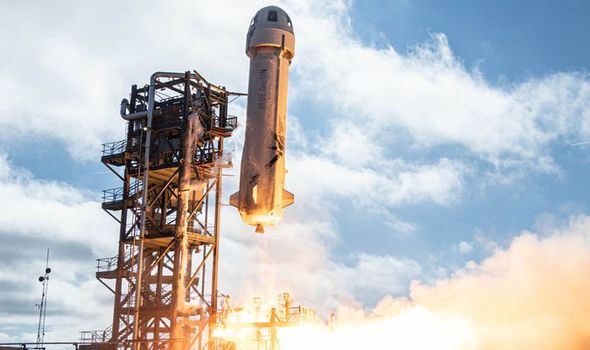 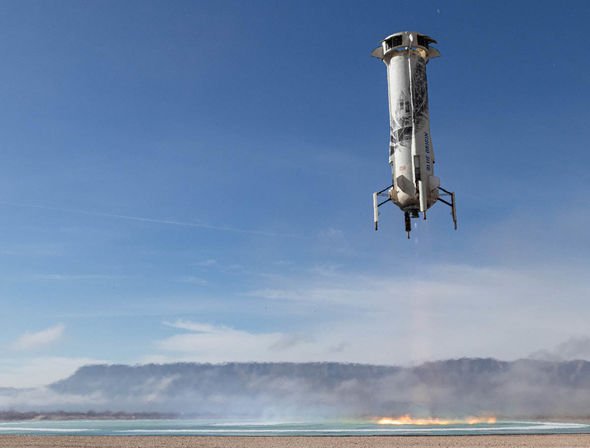 This figurine named in homage to Star Wars was responsible for recording vital data during the flight and landing for subsequent analysis by Blue Origin.

This involved a parachute-aided landing back at the Blue Origin’s crew capsule at their West Texas base. 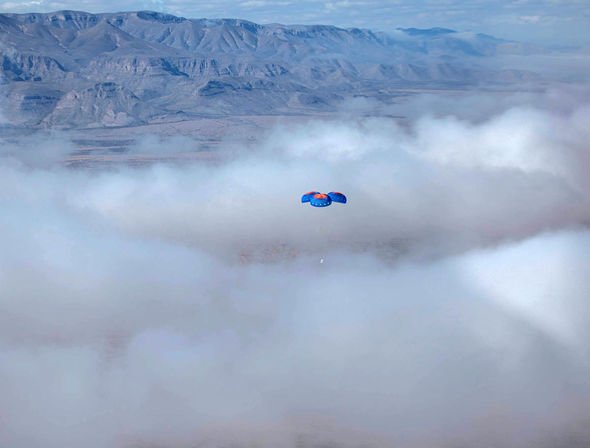 Blue Origin announced the success of the test with several posts to its Twitter feed.

The private space agency wrote: “Touchdown of the crew capsule, completing what looks to be a wholly successful mission.

“Congrats to the Blue Origin team on another successful launch. One step closer. #NewShepard #LaunchLandRepeat.

“We’re headed out to retrieve @ClubforFuture postcards and check in with Mannequin Skywalker to see how the ride was today.”

The event also attracted hundreds of comments from those who watched live online. Cryogenster commented: “Far from precise landing …”

To which @Bamoton replied: “Any landing where you walk away in one piece is a good landing.”

Although the mission was not carrying any living passengers, 50,000 postcards were aboard New Shepard.

These were written from schoolchildren from around the world, allowing them bragging rights to claim they have officially passed the Karman line.

The letters will now be returned to those students via Blue Origin’s ‘Club for the Future’ non-profit.

Today’s test is in essence what the mission will resemble once Blue Origin actually begins to fly fee-paying citizen astronauts to suborbital space and back. 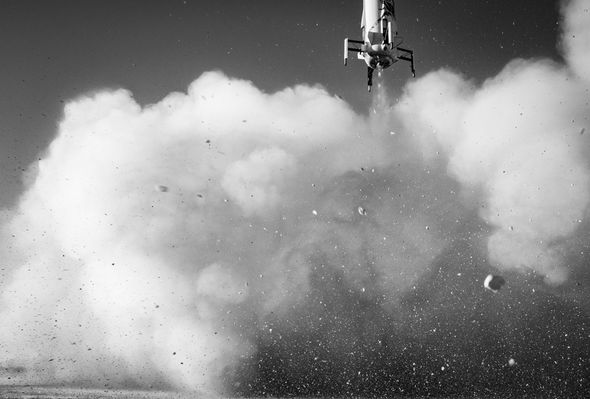 No official timeline has yet been released detailing when this will take place.

However, Thursday’s launch did include key tests of a crew alert system providing anyone onboard with crucial mission information.

In addition, brand-new soft lining on the wall for protection during the weightless portion of the flight.

Sound and vibration dampening has also been included for the comfort of the lucky few on board.

This capsule was also equipped with a carbon dioxide scrubber, providing a safe atmosphere for those ensconced within the Blue Origin capsule during the course of the space flight.