The UK has boosted investment in its space industry over the past few years in recognition of the economic opportunities presented by commercial space launches. Confirmed in July, the UK’s first satellite launch is scheduled to take off before the summer is out. When it does, the UK will be the first country in Europe to do so from home soil. This comes as NASA was forced to abort the launch of its new Space Launch System (SLS) rocket on Monday due to an engine cooling problem, highlighting the risks that remain with such ambitions.

In July, the full list of satellites to be carried into space aboard the UK’s maiden space launch was unveiled.

One of Sir Richard Branson’s Virgin Orbit 747s will take off from the runway at Spaceport Cornwall carrying the rocket beneath its wing, before launching it into orbit from high altitude.

The launch will be the first from British soil and Virgin Orbit’s first mission outside the US.

Sir Branson shared the news by tweeting: “The next Virgin Orbit mission will take off from Spaceport Cornwall and marks the UK’s first ever satellite launch. Very exciting times to come.” 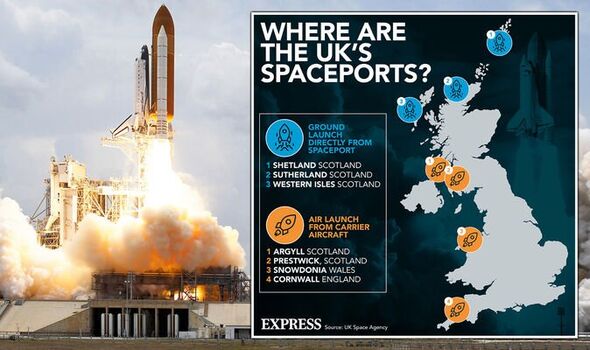 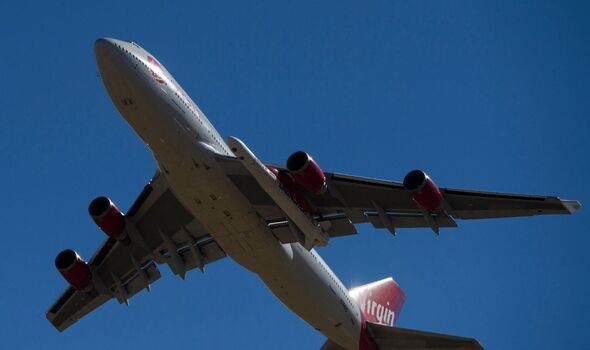 Scheduled for this summer, the launch is expected within the coming weeks, although an exact date is yet to be confirmed.

The UK will then become the first country in Europe to complete a space launch from within its borders, a key ambition of the UK Government’s National Space Strategy.

Dr Paul Bate, CEO of the UK Space Agency, said: “The countdown is on to the first satellite launch from Spaceport Cornwall, with a full complement of satellites confirmed by Virgin Orbit for what promises to be a landmark moment for our thriving space sector.

“It’s fantastic that RHEA Group’s DOVER satellite is joining the launch, which showcases both our domestic satellite manufacturing expertise and the international interest in the UK as a launch destination.

“The ability to launch satellites from UK soil will support our work to catalyse investment into the space sector, deliver new capabilities and champion the incredible role of space to benefit life on Earth.”

READ MORE: Artemis I: Disappointment for crowds that flocked to see Moon launch 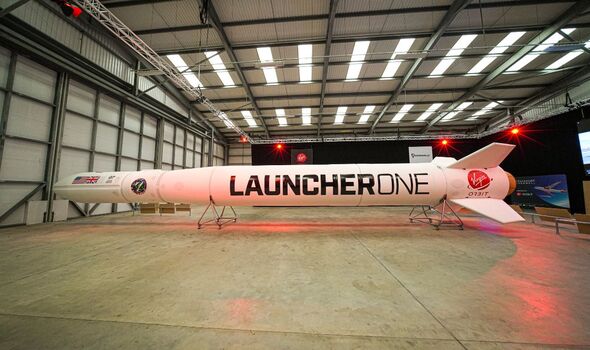 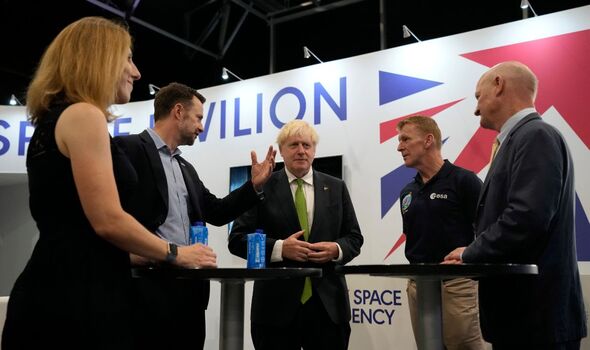 The UK was the first country in Europe to put in place new spaceflight laws with the Space Industry Act 2018, authorising launches from British soil from 2022 onwards.

In March 2021, the Government released a report claiming the UK was “the most attractive destination in Europe to host commercial launch services” owing to the length of its coastline and island location.

Announcing the Government’s National Space Strategy in September 2021, Boris Johnson said: “The days of the UK space industry idling on the launch pad are over – this government has the Right Stuff, and this strategy marks the start of the countdown.”

The UK space industry has since experienced a resurgence, and is now home to more than 47,000 jobs across the country and generates billions of pounds of economic activity.

The Government is investing heavily in the sector, evidenced by the UK Space Agency’s annual budget for 2021 to 2022 amounting to £570million, set to increase to just above £600million within the next few years. 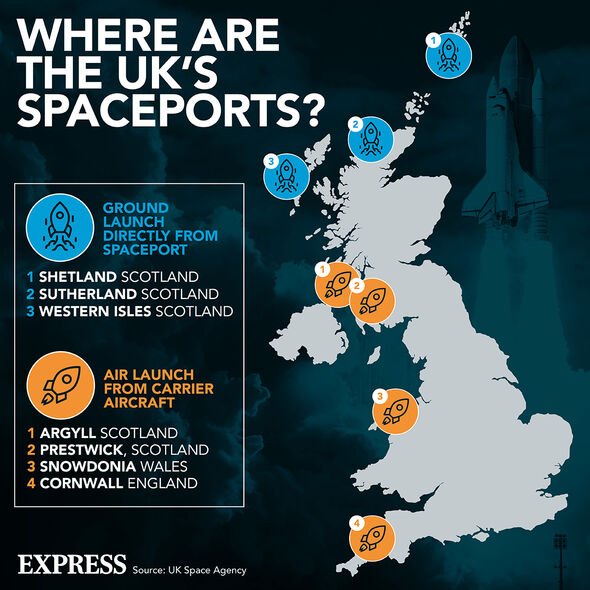 There are currently seven licensed spaceports across the UK.

Four of these are essentially upgraded airports, from which special carrier aircraft like Virgin Orbit can launch rockets into space, located in Cornwall, Snowdonia, Prestwick and on the island of Argyll.

The rest consist of pads providing vertical launch capabilities and are all located in Scotland, in Sutherland, the Outer-Hebrides and Shetland.

The UK’s first vertical launches are set to take place in 2023 in Scotland with the spaceports of Sutherland and Shetland vying to be first to host the maiden lift-off.

The Shetland spaceport is touted as the most likely choice, although the rocket itself will be built by US aerospace giant Lockheed Martin.

The first UK-produced rocket, Prime, is set to launch from the Sutherland site sometime next year.

Spaceflight has seen a renaissance over the past decade, a surge in interest and funding widely attributed to the high-profile launches of private rocket companies.

SpaceX’s reusable boosters have been capturing the attention of the world in recent years, finding their way safely back to launchpads on land or at sea autonomously.

However, the cost and complexity of spaceflight were highlighted once more this week as NASA aborted the maiden launch of its Space Launch System (SLS) moon rocket on Monday due to an engine cooling issue.

Lift-off from Kennedy Space Center in Florida is now slated for just after 6pm British time this Saturday.