Gin distiller Basil Eliades is no wowser but he is an unabashed NIMBY and he’s adamant that Daylesford, which he describes as beautiful, unique and strange, is no place for a Dan Murphy’s liquor store.

Eliades insists his distillery and cellar door business faces little competition from the booze outlet proposed for the spa town, even though they will be within walking distance of each other. 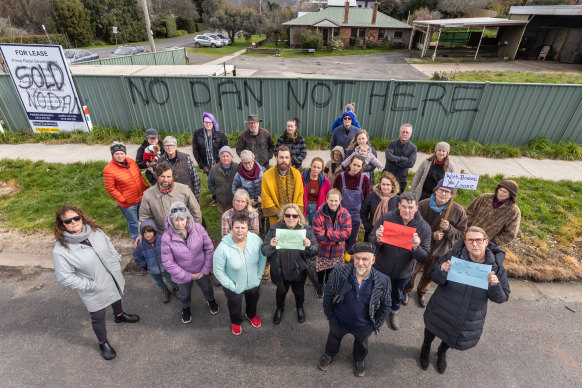 If anything, he said, the big retailer’s presence could bring more foot traffic to his business – particularly those wanting to buy alcohol.

Yet, Eliades is fighting to keep Dan Murphy’s out of Daylesford, arguing it will spoil the character of the historic gold rush town, known for its heritage streetscape, quirky shops and prized foodie scene.

“Daylesford is here because it’s beautiful, unique, strange,” he said. “We don’t want this to become Doncaster shopping town.”

Daylesford is among many country locations that have become increasingly attractive to big booze outlets or fast food chains and franchise stores hoping to cash in on the movement of people from the big city to regional communities. 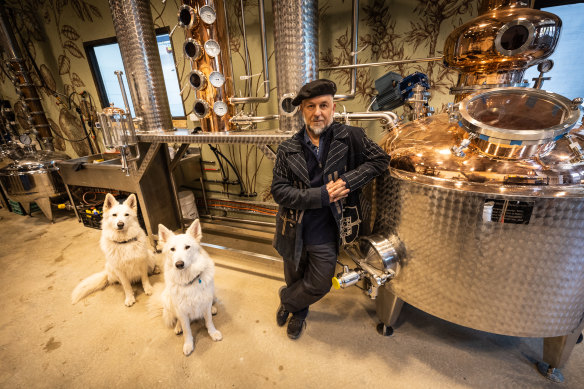 This can trigger a vociferous fightback from existing residents who fear the corporate retail presence threatens the charm and character of their small towns.

Eliades says he is running a NIMBY (not-in-my-backyard) protest by residents resisting change brought on by the arrival of big national brands. Daylesford already has a Coles supermarket.

“Stop it now before we are homogenised out of any sense of self,” he said. “Absolutely this is NIMBYism.”

Eliades said the proposed store was also in the wrong location – within metres of a kindergarten and near a primary school. 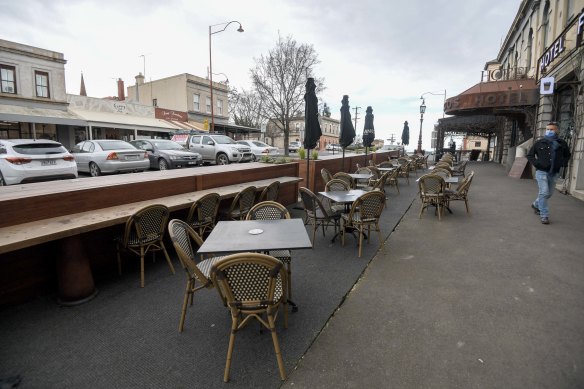 The main street of Daylesford.Credit:Joe Armao

The company that owns Dan Murphy’s, Endeavour Group, has now applied to the Victorian Liquor Commission for a licence to sell packaged alcohol in Daylesford. The Hepburn Shire has lodged an objection.

But an Endeavour Group spokesman said Dan Murphy’s itself was an iconic Victorian store with a long heritage and the proposed outlet in Daylesford would create about 30 jobs.

“In Daylesford we are proposing a smaller store than the standard version found in metro Melbourne, as we feel this suits the growing community more,” he said. 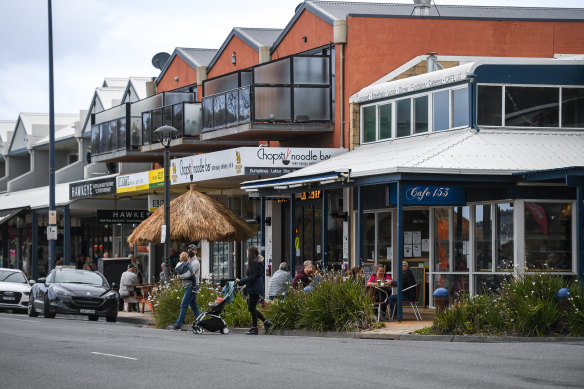 Residents in Apollo Bay are pushing back against plans for a BWS outlet in the coastal town. Credit:Joe Armao

“In other regional locations, in the past these local ranging arrangements have led to national distribution opportunities for other Victorian craft producers.”

In Apollo Bay residents are fighting a similar battle against Endeavour Group’s plan to open a BWS store in the town’s main street – directly opposite the beach.

The Victorian Civil and Administrative Tribunal will hear that matter this week after the Colac Otway Shire rejected the retailer’s application to open a liquor store.

Apollo Bay resident Jane Gross, who is among the BWS opponents, said attempts at mediation had failed with residents and the council unwilling to accept it in “any shape or form”. 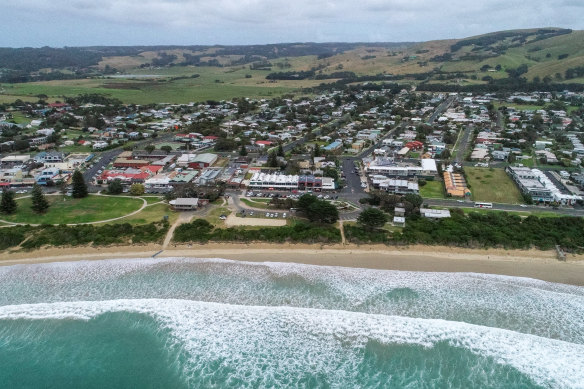 The proposed BWS outlet would be directly opposite the beach. Credit:Joe Armao

She said her main concern was the central and prominent location of the proposed shop – the site of a former newsagent.

“It affects the image of Apollo Bay,” Gross said. “It’s always been seen as a tranquil seaside village. It doesn’t fit in with the character.”

She has gathered letters of opposition to the BWS store from prominent local institutions, including the Apollo Bay Surf Lifesaving Club and local chamber of commerce. Yet, regardless of the strength of their campaigns, there is no guarantee small rural communities can repel big business.

In Kyneton, north-west of Melbourne, residents recently lost a fight against plans to build a Bunnings store, McDonald’s outlet and 24-hour service station on the town’s outskirts.

Kyneton resident Kaylene Coulter, who opposed the development, said the campaign had been expensive and time-consuming, but still resulted in defeat.

“It was incredibly hard work for two years,” she said. “It was emotionally draining.”

“They don’t want to see empty shops,” she said.

Brown said some communities had expressed fears for their economic future when chain stores withdrew from their towns.

“It’s likely as long as we have ongoing population growth and if people living there and visiting are spending more money,” he said.

March said even major retailers could fit in with a small town’s character if they were willing to rein in their preference for big floor spaces and large car parks.

He said larger stores offered a wide range of products and competitive prices that may benefit local shoppers.

“While people may oppose them at this stage they may well use their services later,” he said.

But March said bigger retailers may be problematic when located on the outskirts of small towns because they took away from main street shopping strips and resulted in greater car dependency.