Gazprom, Russia’s state-backed energy behemoth has announced that it had signed an agreement to start switching payments for gas supplies to China to yuan and roubles instead of dollars. This deal delivers a blow to the US and Europe’s attempts to punish Vladimir Putin through crippling sanctions, as Russia will now be less dependent on dollars and euros for energy trade.

As relations between Moscow and the EU worsen since the invasion of Ukraine, Putin has been turning towards China, deepening economic ties and striking larger long-term gas deals.

Gazprom CEO Alexei Miller noted that this move to allow for payments in Russian roubles and Chinese yuan was “mutually beneficial” for both Gazprom and Beijing’s state-owned China National Petroleum Corporation (CNPC).

He said: “It will simplify the calculations, become an excellent example for other companies and give an additional impetus for the development of our economies”.

Since the invasion of Ukraine, Russia has been ending its reliance on US dollars for energy trade, which constitutes its largest exports. 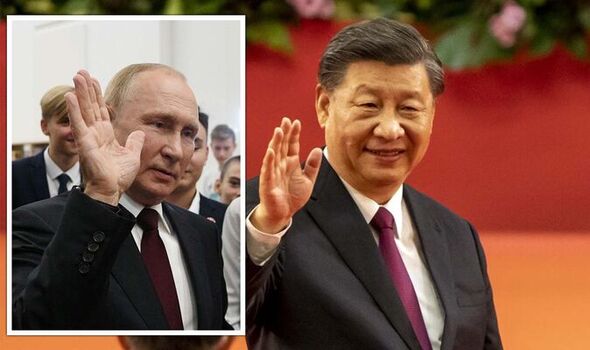 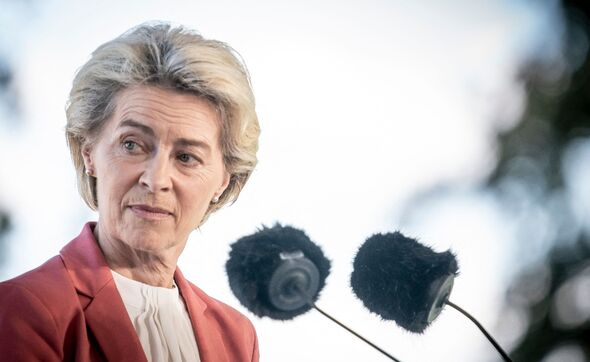 Earlier this year, he demanded that unfriendly countries pay for Russian gas with roubles by opening rouble bank accounts with Gazprombank.

Given how heavily dependent European countries are on Russian energy exports, many were forced to agree to his terms.

Meanwhile, Russia has cut supplies to countries including Poland, Bulgaria, Finland and the Netherlands for refusing the terms of the deal.

Russia escalated tensions further when Gazprom said on Friday the company will not restart gas flows through the key Nord Stream 1 pipeline, despite it being scheduled to come back online on Saturday. 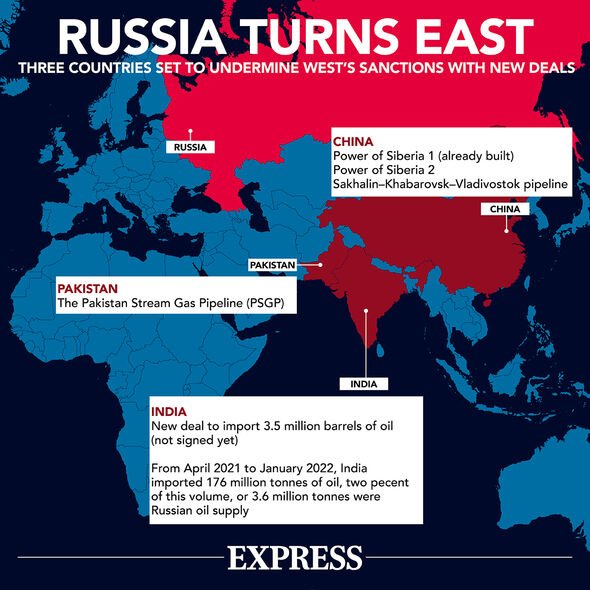 It had already been shut from Wednesday for three days of planned maintenance, but has blamed the latest squeeze on exports on an oil leak at its Portovaya compressor station.

No timeline for when exports will restart was given, and it came after flows through the pipeline already plummeted to just 20 percent of normal levels from July.

EU Economy Commissioner Paolo Gentiloni said on Saturday: “We are well prepared to resist Russia’s extreme use of the gas weapon.

“We are not afraid of Putin’s decisions, we are asking the Russians to respect contracts, but if they don’t, we are ready to react.” 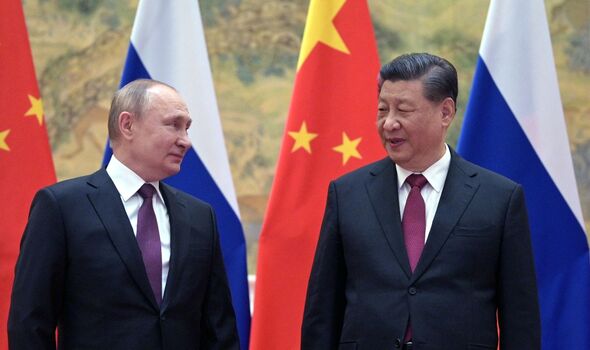 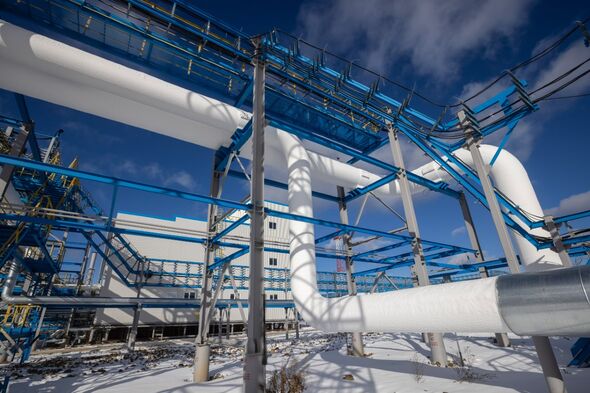 China and Russia have been deepening their relationship over the past year, as Moscow begins to look for other buyers for its energy supplies.

Shortly before the invasion, Russia agreed to a 30-year contract to supply gas to China via a new pipeline, supplying 10 billion cubic metres of gas a year

Moscow also signed a landmark $37.5billion (£32.6billion) extension to its deal to supply gas to China on the eve of the invasion.

The country began pumping gas to China through the 3,000-km Power of Siberia gas pipeline in late 2019.

Putin hailed the move as a “genuinely historical event, not only for the global energy market but above all for us, for Russia and China.”