The moment a colossal waterspout rips through the Gulf of Mexico along the coast of Destin, Florida on Tuesday has been captured on film, revealing a weather phenomena that sent chills down residents’ spines as they passed by it during their morning commutes.

A waterspout is a whirling column of air and water mist which forms when cumulus clouds grow rapidly. They can rise hundreds of feet into the air and have been referred to as tornados on water.

The gigantic funnel was spotted around 7 am ET off the Emerald Coast, in the area known as the Panhandle, and was sparked by intense storms flowing over the Gulf.

Many residents captured the menacing spectacle, specifically Boo Freeman who spotted the waterspout out in the distance of the sea as he stood on an empty beach watching in awe. ‘What a morning,’ Freeman shared on Instagram with the short video. 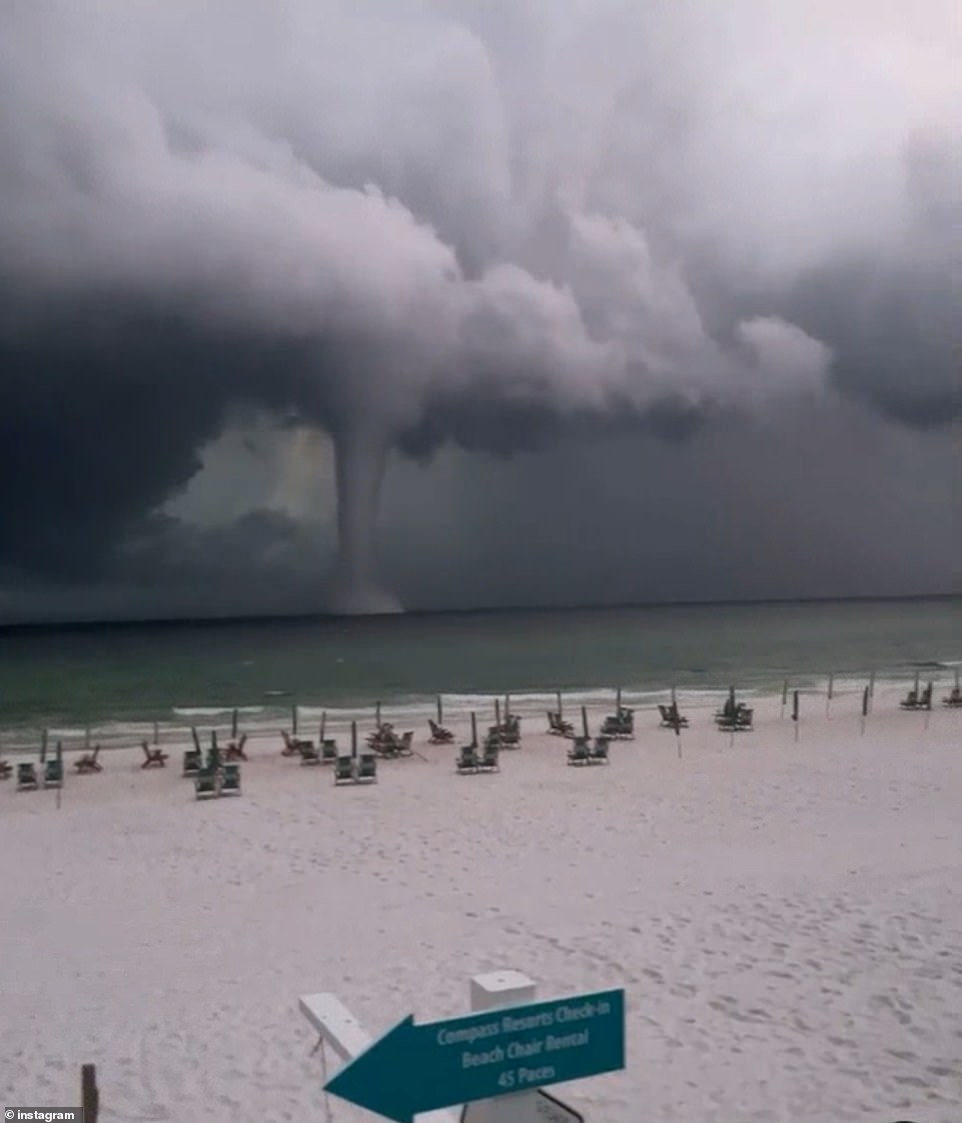 A waterspout was seen by a resident on his way to work Tuesday morning. This weather phenomena is a whirling column of air and water mist which forms when cumulus clouds grow rapidly

The waterspout can be seen swirling around in the sea, with giant gray clouds spewing from its top and lighting crackling in the sky around it.

AccuWeather’s Jesse Ferrell said this was not a typical waterspout.

‘It looks like this was a legitimate tornado over water formed by a supercell thunderstorm, not a weak waterspout spun up from a rain shower,’ Ferrell explained.

Weather data shows a strong thunderstorm appeared near the shoreline that triggered the funnel, which was moving southeast across the sea. 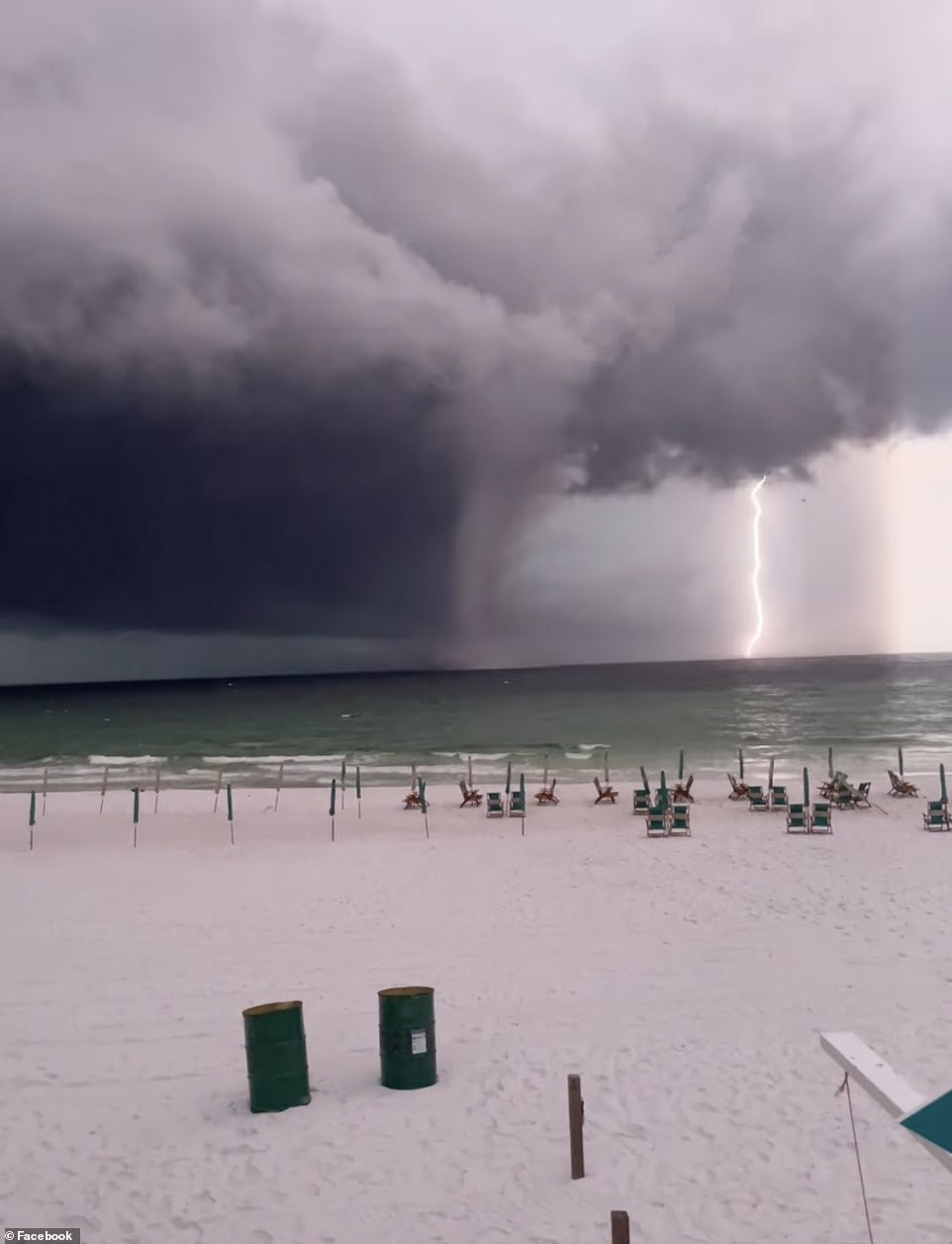 There was an intense storm over the Gulf that sparked the waterspout. Pictured is an empty beach that was evacuated once the funnel was spotted 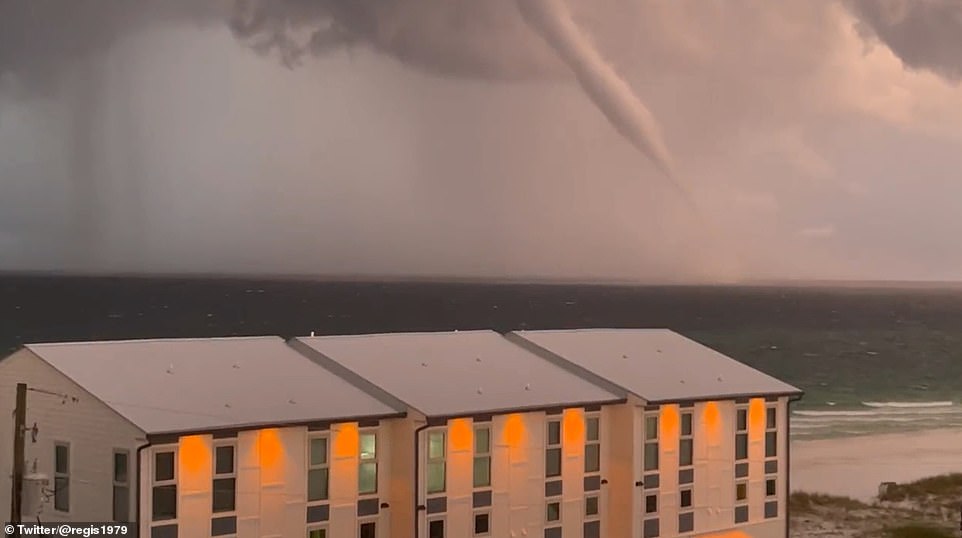 The funnel was visible even a few miles from its origin. Residents of the beach town flocked to the coast to capture the spectacle

The National Weather Service issued a special marine warning shortly after the waterspout was sighted, urging boaters and swimmers to stay out of the water.

This waterspout is the fifth reported in Florida’s Panhandle area this summer, but data is lacking on these weather phenomena and experts are not sure how often they typically occur.

Another waterspout formed earlier this month in Maryland that was much more destructive than what was observed in Florida.

The funnel swept across Smith Island in the Chesapeake Bay on August 5, demolishing several houses and injuring one person.

Images circulating on social media show the disastrous aftermath on Smith Island, with homes completely destroyed and debris sprawled around the ruins of properties.

Two others also in the 51-second clip shout out, ‘Where are the kids?’ as the waterspout goes up the bank and makes its way further onto land.

The mother-of-two reassures the others that her children were inside. 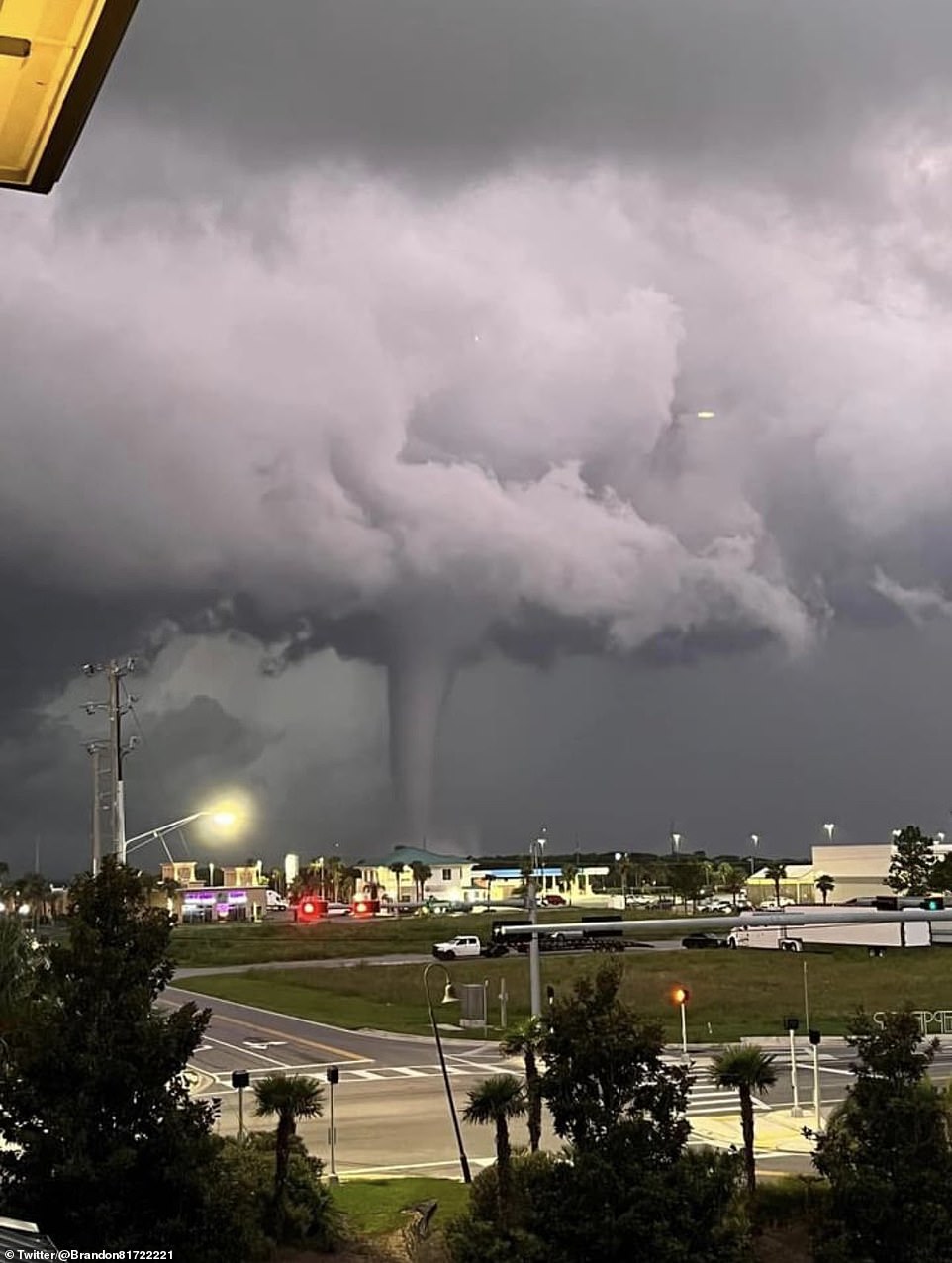 A waterspout has been called a tornado on water. The National Weather Service issued a special marine warning shortly after the waterspout was sighted, urging boaters and swimmers to stay out of the water 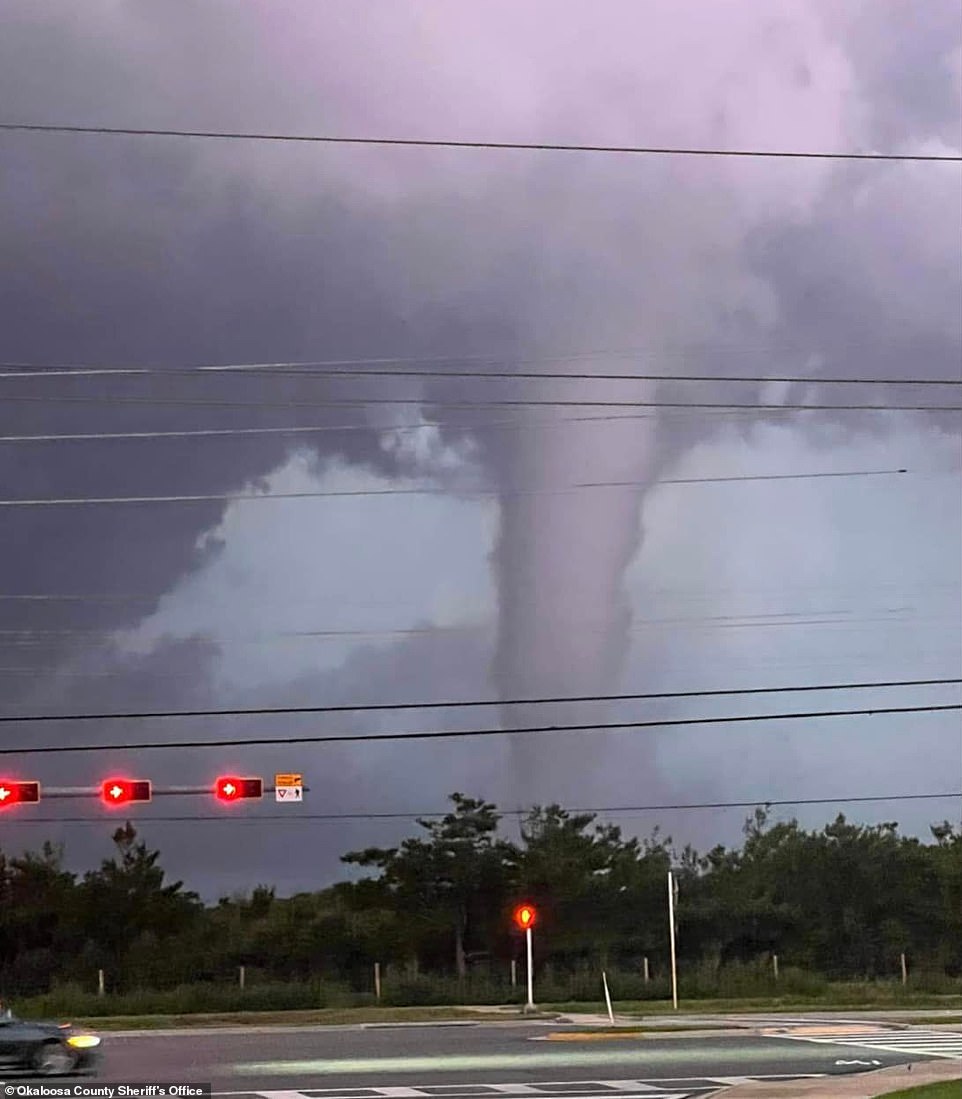 This is the fifth waterspout reported by the National Weather Service off the Florida Panhandle this summer. Data on how often waterspouts occur is not common and most of the events go unreported

He initially shared the video on his Facebook page where many people sent he and his family well wishes.

Posting the clip, he wrote: ‘Amy and the kids are on Smith Island this week. She just sent me this. Thankful everyone is ok. Lots of damage though.’

One user responded: ‘Houses and materialistic things can be rebuilt. Lives cannot. God is good and had his protection over all the people on the island.’

Another commented: ‘OMG that’s the worst one I’ve ever seen. I don’t know how they were able to stay right there at the water and watch it. I would have been running for cover and scared to death.’

Over $10,000 has been raised for recovery and cleanup efforts after the tornado destroyed several homes and businesses.

Intense humidity and heat in the area in recent days has led to the waterspouts dragging itself across the water and then onto the land to become a tornado.