Follow
Home » Science » Could you go to Oxford Uni? Try these admission questions to find out

Could you go to Oxford Uni? Try these admission questions to find out 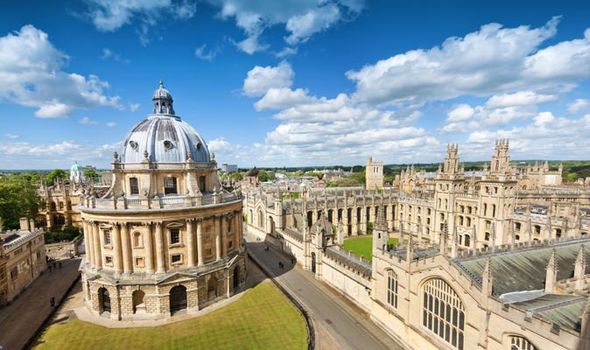 If you have ever wondered whether you had the brains to study at Oxford, here is a bit of a taster of what the application process would be like. These questions have all been sent to admissions interviewees, according to the Guardian, when applying for a joint philosophy degree, so prepare for your brain to hurt after you have tried them out and find the answers below.

Stephanie has invited her friends Rowan and Colleen to her home and she tells them she has a hidden surprise under one of the blue squares.

There is one catch though, Stephanie has privately told Rowan the row number of the surprise and Colleen the column letter of the surprise. Everyone knows this, and the conversation takes place:

Rowan: “I don’t know where the surprise is, but I also know that Colleen doesn’t know.”

Colleen: “Yes, indeed, at first I didn’t know the location of the surprise. But now I know where it is.”

Rowan: “In that case, I now also know where it must be.”

Question: Where do you think the surprise is?

At a party, Shelia and Colin are trying to find a surprise hidden under the tiles. Each friend is privately told a piece of information about where the surprise is.

Sheila knows the shape of the tile.

Colin knows the colour of the tile.

It is commonly known by all that this and no other information is given.

Host: “Do either of you know where the surprise is?”

Sheila, Colin: (simultaneously): “Now I know where it is!”

Question: where do you think the surprise is?

Alice has invited her friends Caroline and Susan to her house and placed several boxes on the table before them. There’s a small red box, medium red box, large black box, small blue box and a large blue box.

Alice has told her friends that she has put a gift in one of those boxes, and has secretly told Caroline the colour of the box and Susan the size of the box – they both know this.

Caroline: “I don’t know which box contains the gift, and I also know that Susan doesn’t know.”

Susan: “I already knew before you spoke that you didn’t know which box contains the gift.”

Caroline: “Ah, now that you say that, it suddenly occurs to me which box must contain the gift.”

These questions are all about revealing an individual’s personality, let alone their logical reasoning. It’s all about seeing the process unfold, not just who’s right and wrong. They are all from the famous mathematical philosopher Joel David Hamkins’ Oxford interview questions, so they’re a pretty big deal.

Dr Tom Crawford, a mathematician at the university, said: “These questions are designed to test your logical thinking. Whilst they may initially appear to be impenetrable, with some guidance hopefully you can see how to make progress towards the solution.

“With any admissions question, it’s always important to remember that during the interview the candidates will be given hints and tips to point them in the right direction – they are not expected to be able to do them immediately without any help.”

And talking of tips, Tom added: “I find it very helpful to break down each statement to determine what exactly it does, or doesn’t, tell you about the solution.

“For example on the first question, since Rowan is told the row of the surprise but says that he doesn’t know its location, it cannot be row three. So, the information we can get from that first statement is ’not row three’.

“If you take a similar approach to all of the other statements, you can gradually rule out more and more possibilities leaving you with the correct solution.”

2. Under the red triangle

This puzzle appears more difficult because there is no illustration. So, to make it easier, draw out a 3×3 grid in which red, black and blue are the columns and small, medium and large the rows. The possible boxes, marked X, are thus: XOX, XOO, OXX.

Now if, before Caroline spoke, Susan knew that Caroline didn’t know the correct box, we can eliminate the possibility that Susan was told ‘large’. Since if she had been told ‘large’ she would not know for certain that Caroline didn’t know, since she cannot rule out the possibility that the large black box has the gift, in which case Caroline would know. Since the box is blue and not large, the only remaining option is small and blue.

How did you get on? Let us know in the comments.