Earth was ready for life's explosion 2.7 BILLION years ago

Ancient diamonds reveal that Earth was primed for life’s ‘explosion’ at least 2.7 BILLION years ago

Earth’s atmosphere was primed for an ‘explosion’ in the diversity of life as early as 2.7 billion years ago, a study of ancient diamonds has revealed.

The atmospheric composition of volatile gases — such as hydrogen, nitrogen, neon, and carbon-bearing species — reflects that of those found in the Earth’s mantle.

This is because volatiles in the atmosphere bubble up from inside the planet, reaching the Earth’s surface by means of events like volcanic eruptions.

Acting like time capsules, diamonds can hold a record of the volatile composition of the mantle — and, by extension, the atmosphere — at the time that they formed.

In this way, researchers from the University of Lorraine, France, showed that the atmosphere during the ‘Neoarchean’ period had a similar volatile makeup as today.

This means that the Earth’s atmosphere back then was also rich in those volatiles — like nitrogen and carbon — which are necessary to support life. 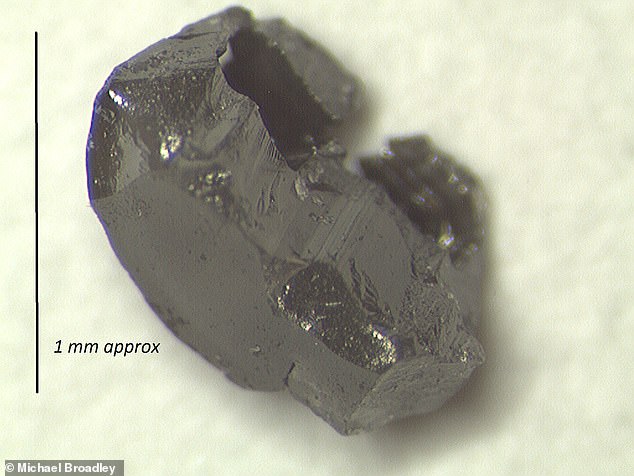 Earth’s atmosphere was primed for an ‘explosion’ in the diversity of life as early as 2.7 billion years ago, a study of ancient diamonds — like the one pictured — has revealed

VOLATILES AND THE HUNT FOR ALIEN LIFE

Life depends on certain volatiles — meaning such can inform the hunt for life on other worlds.

In our solar system, for example, both Earth and Venus are volatile-rich (even if the latter is not exactly what we would consider to be habitable!)

The moon and Mars, on the other hand, long ago lost most of their volatiles to space.

When hunting for exoplanets — those in other solar systems — astrophysicists often look for volatiles to determine if newly-found worlds might be able to support life.

‘On average the mantle layer begins around 30 kilometres [18.6 miles] below the Earth’s surface, and so we can collect samples thrown up by volcanoes and study the fluids and gases trapped inside,’ he explained.

‘However, the constant churning of the Earth’s crust via plate tectonics means that older samples have mostly been destroyed. Diamonds however, are comparatively indestructible, they’re ideal time capsules.’

‘We managed to study diamonds trapped in 2.7 billion year old highly preserved rock from Wawa, on Lake Superior in Canada.’

‘This means that the diamonds are at least as old as the rocks they are found in — probably older. It’s difficult to date diamonds, so this gave us a lucky opportunity to be sure of the minimum age.’

‘These diamonds are incredibly rare, and are not like the beautiful gems we think of when we think of diamonds.’

‘We heated them to over 2,000°C [3,632°F] to transform them into graphite, which then released tiny quantities of gas for measurement.’

Measuring the isotopes of argon, helium and neon in these gases, the team found they were present in similar proportions to those found in the upper mantle today — meaning Earth’s volatile content has likely been stable since the diamonds formed.

‘We have no evidence of a significant change since these diamonds were formed 2.7 billion years ago,’ said Dr Broadley.

‘This was a surprising result. It means the volatile-rich environment we see around us today is not a recent development, so providing the right conditions for life to develop,’ he continued. 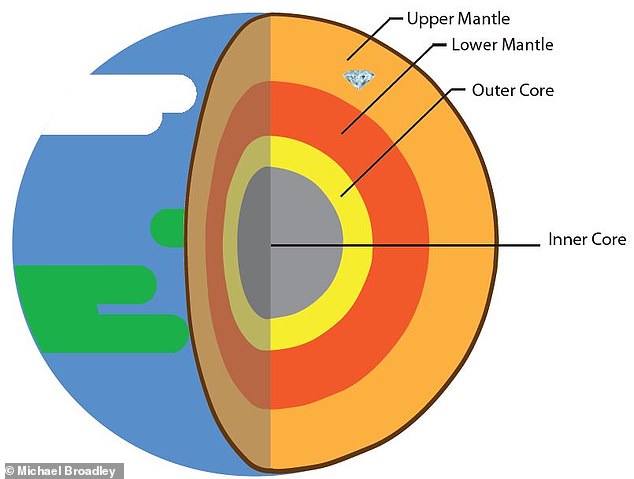 ‘Diamonds are unique samples, as they lock in compositions during their formation,’ commented Suzette Timmerman, a geochemist from the University of Alberta, Canada, who was not involved in the present study.

‘The Wawa fibrous diamonds specifically were a great selection to study — being more than 2.7 billion years old — and they provide important clues into the volatile composition in this period, the Neoarchean.’

‘It is interesting that the upper mantle already appears degassed more than 2.7 billion years ago. This work is an important step towards understanding the mantle and atmosphere in the first half of Earth’s history.’

The full findings of the study were presented at the 2021 Goldschmidt Conference, which is being held virtually this year from July 4–9. 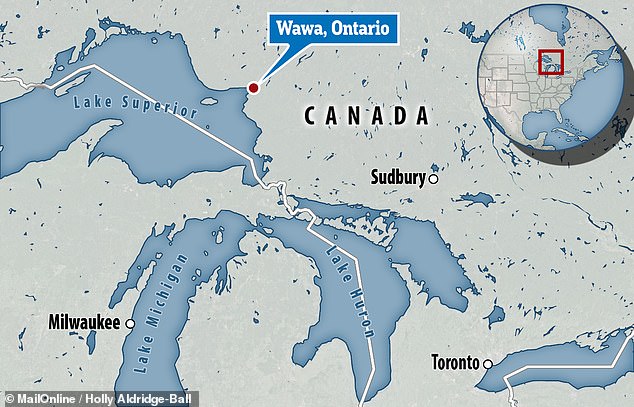 Life on Earth may have started thanks to a modified version of modern-day DNA’s sister molecule, scientists believe.

DNA is the backbone of life and almost all of our planet depends on it but, on primordial Earth, a primitive version of its lesser-known sister – RNA – was the focal point for evolution, experts say.

RNA is structurally similar to DNA, except one of the four fundamental pieces, thymine, is substituted for uracil.

This changes the shape and structure of the molecule and researchers have long believed this chemical was vital to the development of Earth’s first lifeforms.

An accidental discovery by Harvard academics published in December 2018 found that a slightly different version of RNA may have been the key ingredient allowing life on Earth to blossom.

Scientists claim that a chemical called inosine may have been present in place of guanine, allowing for life to develop.

This slight change to the bases, known as a nucleotides, may provide the first known proof of the ‘RNA World Hypothesis’ – a theory which claims RNA was integral to primitive lifeforms – they say.

Earth, for, Life), ready, was
You may also like: