The notion of a transparent solar panel may seem counterintuitive — a device designed to both allow light to pass through it while simultaneously harvesting photons for power. In actuality, however, the concept works by only absorbing light from within certain wavelengths, such as within the ultraviolet and infrared parts of the spectrum. With these being invisible to the naked eye, such so-called photovoltaic glass is able to turn light into power while still functioning as a see-through window.

In a recent study by researchers from Japan’s Tohoku University, for example, electronic engineer Professor Toshiaki Kato and his colleagues succeeded in creating solar cells with an average visible transparency of 79 percent.

The two-dimensional atomic sheets were fabricated by controlling the contact barriers between indium tin oxide and a one-molecule-thick layer of tungsten disulfide.

Indium tin oxide is one of the most widely used transparent conducting oxides.

The team experimented with coating various thin metals onto the indium tin oxide, and inserting a thin layer of tungsten oxide between this coated layer and the tungsten disulfide. 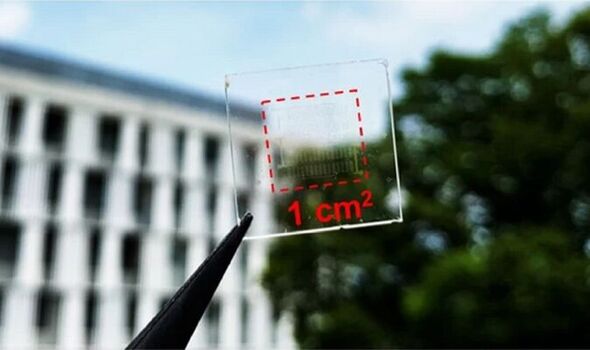 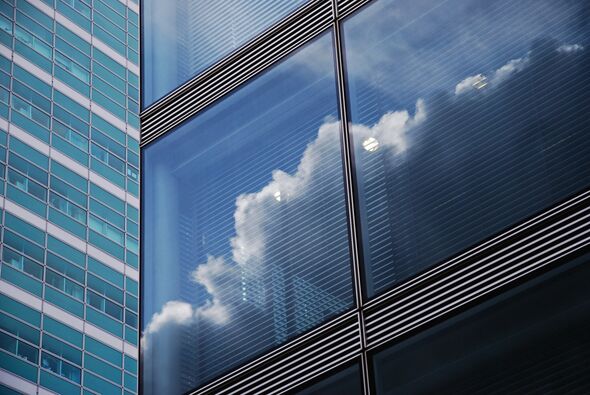 Prof Kato said: “The way in which we formed the solar cell resulted in a power conversion efficiency over 1,000 times that of a device using a normal indium tin oxide electrode.”

The researchers also explored how their prototype cell — which was just 0.4 inches (one centimetre) square — might be scaled up for practical, commercial applications. 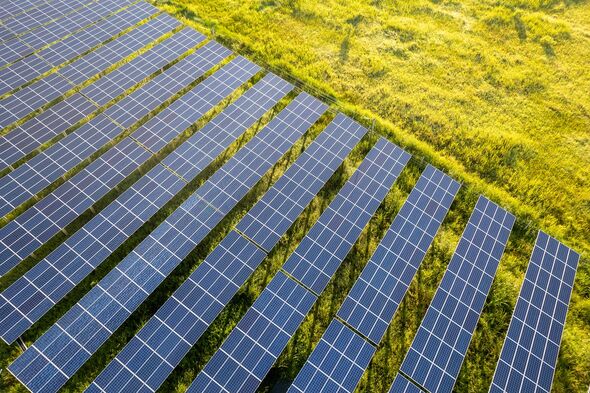 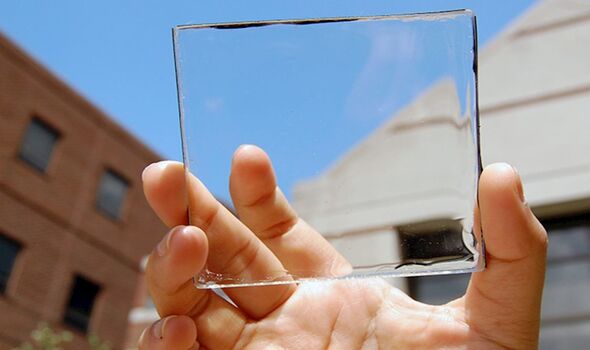 This level of transparency is a significant improvement over previous designs.

Back in July, for example, materials scientist Professor Jacek Jasieniak of Australia’s Monash University and his colleagues succeeded in creating perovskite solar cells that let between 10–52 percent of visible light through.

These prototypes, the team reported, afford power-conversion efficiencies of between 17–4 percent (depending on the specific design).

The upper end of this is approaching the 20 percent efficiency of conventional rooftop silicon solar cells.

The best performance, the team noted, was provided by perovskite cells with a caesium and formamidinium composition — with this design exhibiting the kind of long-term stability that would be needed for practical applications.

Prof Jasieniak said: “This work provides a major step forward towards realising high efficiency and stable perovskite devices that can be deployed as solar windows to fulfil what is a largely untapped market opportunity.” 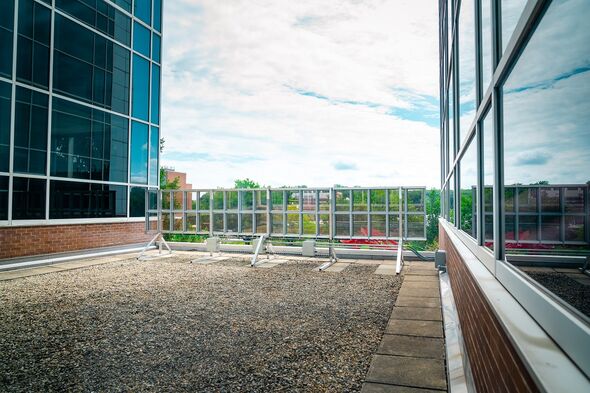 Replacing windows with photovoltaic glass is a particularly attractive prospect in urban settings — where the footprint needed for normal solar panels may not be available.

Such tech is already cropping up outside the lab. The Copenhagen International School, for example, sports 12,000-hued but still see-through solar panels that produce a whopping 200 MWh of electricity per year — more than half of that used by the building.

On a smaller scale, Michigan State University last year unveiled a 100-square-foot transparent solar panel above the entryway to the Biomedical and Physical Science building, which is capable of power the lights in the building’s atrium.