As wholesale gas prices skyrocket — driven by supply shortages and the impact of Russia’s invasion of Ukraine — and the world looks to divest from greenhouse-gas–emitting fossil fuels, demand swells for alternative, renewable sources of energy. Conventional renewables, however, come with certain limitations. Wind and solar are notoriously variable, and the energy storage technologies needed to compensate for this are neither quite ready nor cost-effective at present. The burning of biomass still releases greenhouse gases, while hydroelectric and conventional geothermal power stations are limited in the locations where they can be built. For geothermal energy, however, this may soon no longer be the case.

Jim Hollis is the co-founder and chief operating officer of Geothermal Technologies Inc., a US-based firm working towards an experimental new form of geothermal power station that could revolutionise uptake.

As Mr Hollis, a member of the Society of Exploration Geophysicists explained, there are various approaches to tapping the Earth’s heat.

He said: “If you look at what we refer to as first generation, these are these natural geothermal systems.

“Here, you’re using some sort of volcano or magma as a heat source. There’s a fracture system and there’s a water source and there’s plumbing.

“If you look around the world, there’s a handful of these things, but unfortunately they’re super rare.

“And that’s why geothermal is a very small fraction of renewable energy.

“It’s frustrating, because the centre of the Earth is hotter than the face of the Sun. There’s heat down there! I mean, the Earth is this giant battery, right?” 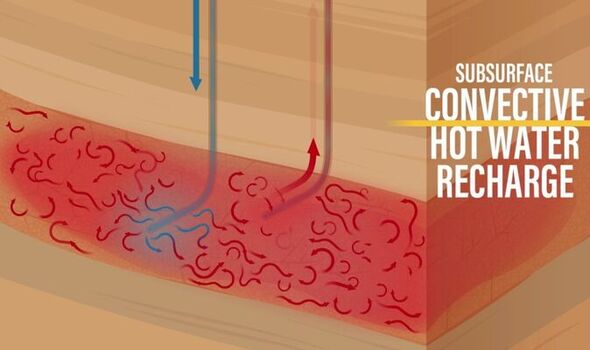 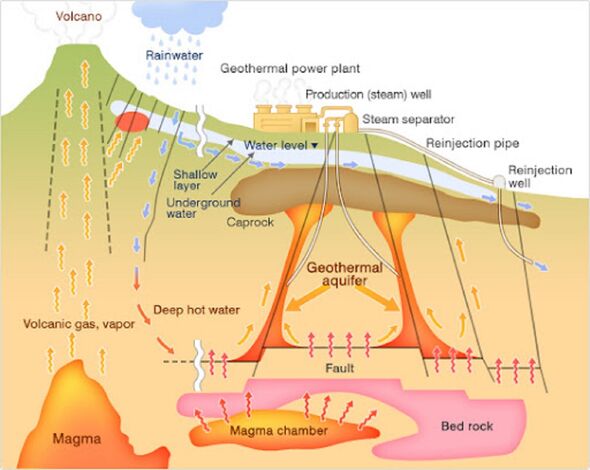 A new approach to tapping this resource — dubbed “Hot Dry Rock”, or “Enhanced Geothermal Systems” — was trialled around 20 years ago.

This concept involves drilling a couple of holes down into the Earth until it becomes really hot, pouring cold water down one bore, letting it heat up and migrate over to the other hole where you can pump it up and make steam to drive an electric turbine.

Mr Hollis said: “Over a billion dollars has been spent on that. Doesn’t work.”

Hot Dry Rock, he explained, has various problems. For one, sometimes the water you pour into the boreholes finds a bunch of cracks at depth and is lost.

Mr Hollis added: “But the biggest issue is that rock is a conductor. You pour the cold water in, it cools the rock off — and then the system doesn’t work.”

However, the rock around the loops still cools off eventually — and takes “geologic time” to heat it back up — meaning that each installation really has a finite operating life before you have to pick up and move to a new site. 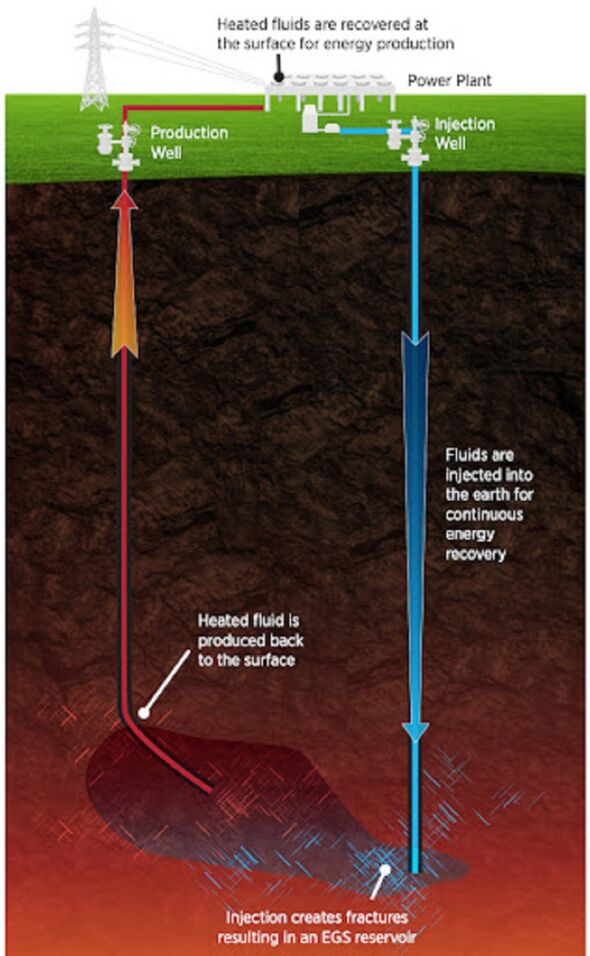 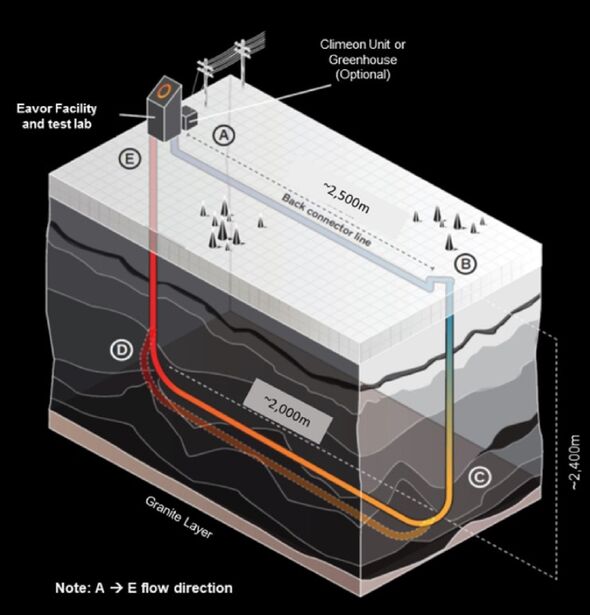 This is where Geothermal Technologies’ fourth-generation “GenaSys” design — based on a concept first developed at the Johns Hopkins University in Baltimore — comes in.

Key to this approach is tapping into the water that sits at the bottom of oil and gas basins.

Mr Hollis explained: “It’s super hot. We know about it because we’ve been injecting frack water and stuff down there, right?

“What’s so cool about the water is if you set up injection lateral wells, you can set up convective currents [in the surrounding groundwater] that mines heat from a much larger area.”

The currents, he explained, replenish the heat around the system, helping prevent the cold front generated by injecting water into the downpipe from reaching the hot water pipe.

Mr Hollis added: “These things will last for decades.” 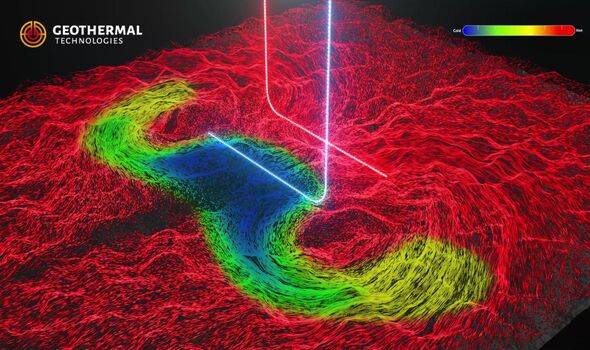 Geothermal Technologies are about to build a prototype well in the Denver basin.

However, Mr Hollis added, “The super neat thing about it is that these hot water aquifers are everywhere — pretty much everywhere you’re getting oil.”

While it would be more challenging to set up, GenaSys systems could even be used offshore — for example, in the North Sea, repurposing drilling platforms above tapped out oil and gas wells.

Mr Hollis concluded: “So we can scale these things globally, and really ramp up the ability to bring geothermal in to complement solar, wind and other things.”