A shot for every American. Political leaders and vaccine manufacturers have endeavored to meet this goal since the start of the pandemic, and it could finally become a reality this summer.

An advisory committee to the Food and Drug Administration will vote Friday on whether to recommend Johnson & Johnson’s single-dose coronavirus shot for emergency authorization. An FDA review on Wednesday showed the shot is safe and effective against COVID-19.

If J&J’s shot gets the green light as expected, it will be the third coronavirus shot to be distributed across the US. Vaccines from Pfizer and Moderna have been administered to more than 45 million Americans thus far, though fewer than 21 million Americans have gotten the full two-dose regimen.

That means that by the summer, the US would have more than enough doses to vaccinate all 332 million-plus Americans (though shots haven’t been authorized for children under 16 yet).

Here’s a timeline of how vaccinations could ramp up in the next five months:

End of March: Wrapping up vaccinations for priority groups

J&J originally planned to deliver 12 million doses by the end of February. But federal officials have said that just 3 to 4 million doses would be immediately available next week, assuming the FDA authorizes the shot.

By the end of March, the company will likely have produced 20 million doses, Richard Nettles, J&J’s vice president of US medical affairs, said at a House committee hearing on Tuesday.

Jeffrey Zients, the White House coronavirus czar, called the slow pace of J&J’s manufacturing “disappointing” on Wednesday. But the government has started helping the company procure equipment and raw materials, he said, which is accelerating the pace.

Pfizer and Moderna, meanwhile, are on track to distribute a cumulative 220 million doses by March 31. 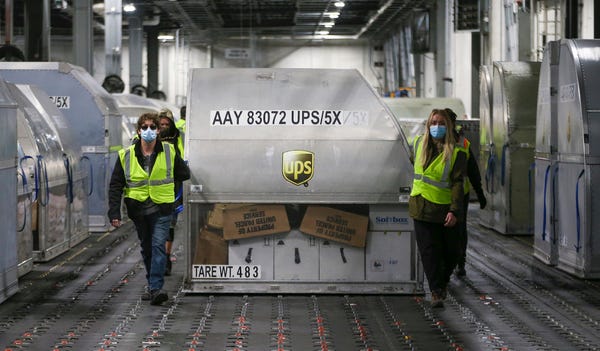 That means the US could finish vaccinating priority groups — including the elderly, essential workers, and people with high-risk medical conditions — next month. The Centers for Disease Control and Prevention estimates that these groups encompass roughly 200 million people.

End of May: The general population gets its shots

In total, all three pharmaceutical companies are expected to deliver around 420 million doses by the end of May. Vaccinations for the general public could be in full swing by April. 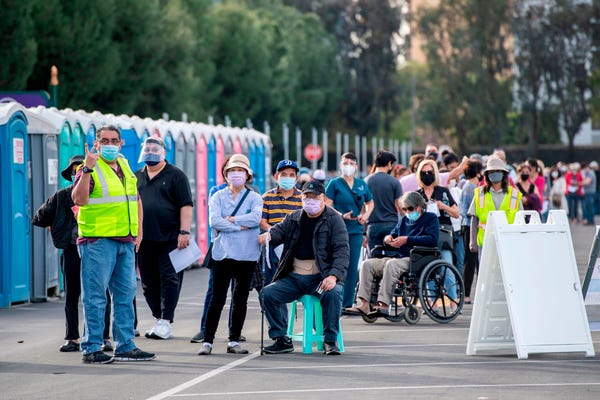 Both companies are also still trying to speed up their vaccine rollouts.

Pfizer told USA TODAY it has added more production lines at its manufacturing plants, reduced the amount of time it takes to produce vaccine batches, and will soon cut down the time it takes to make DNA for the vaccines. In January, the FDA also instructed vaccinators to squeeze six doses from every vial of Pfizer’s vaccine, rather than the five that were initially authorized in December.

Hoge said Moderna is “working to enable up to 15 doses per vial in the near term,” instead of the 10 that vaccinators extract right now.

A recent report from the American Enterprise Institute, a right-leaning think tank, found that 50% of the US population could be protected from COVID-19 by mid-May if the J&J shot gets authorized. Without that third vaccine, it could take an additional two to three weeks to reach that point, the researchers said.

End of June: All adults could have access to a shot

Nettles said J&J could deliver up to 100 million vaccine doses by June 30 (including the 20 million doses from the spring). That would bring the total coronavirus shots distributed in the US to 500 million — enough to vaccinate 300 million people, or all of the roughly 259 million adults in the US.

Federal officials still hope J&J can speed up that timeline.

“We’re working with the company to accelerate the pace and timeframe by which they deliver the full 100 million doses, which is required by contract by the end of June,” Zients said Wednesday.

The American Enterprise Institute estimated that 75% of the US population could be protected from COVID-19 by mid- to late June, assuming that J&J’s shot gets authorized. 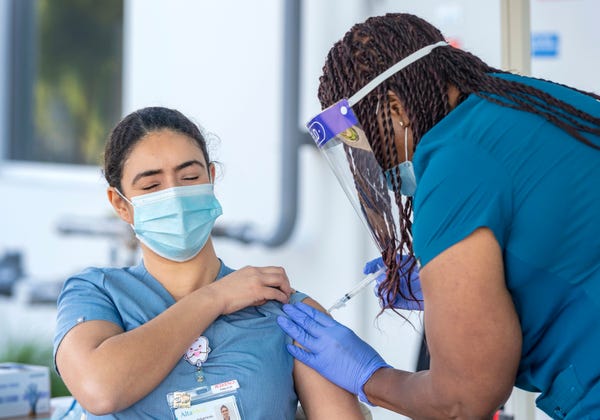 End of July: The US could have a surplus of doses

By the end of July, the US could have more vaccines than it’s able to distribute.

Experts don’t expect the nation’s roughly 73 million children to start getting coronavirus shots until the fall or winter — or perhaps early 2022 — because there is not yet data about the vaccines’ safety or efficacy among younger age groups. (The exception is Pfizer’s shot, which is authorized for ages 16 and up.)

Both Pfizer and Moderna intend to deliver another 100 million doses each by the end of July, bringing the companies’ total doses to 300 million each. The US hasn’t purchased more than that, though it has the option to buy 200 million more doses each from J&J, Moderna, and Pfizer.

According to the American Enterprise Institute, “the addition of a third [vaccine] candidate will mean that anywhere from 22% to 33% more of the population can be vaccinated by July.”