Joe Rogan interviews Steve Jobs who has been DEAD for 11 years: AI creates an eerie 20-minute conversation where they talk about LSD, religion and Apple’s success

Artificial intelligence brought the late Steve Jobs back from the dead for a fabricated interview with Joe Rogan that focuses on the Apple founder’s religious beliefs, success and experience while taking lysergic acid diethylamide (LSD).

The nearly 20-minute discussion, featured on Podcast.ai, was generated with text-to-voice software that used previous recordings of both to create a coherent and cohesive interaction.

The podcast host opens the discussion by praising Jobs for his innovations before likening him to Patrick Swayze in the movie ‘Ghost’ and calling Jobs ‘a memory from the past’ – then the pair dive into a deeper conversation.

The late Apple founder recalls the time he took LSD and how it was a ‘profound experience for him’ in which Rogan then asks Jobs what he learned from taking the elicit drug.

‘It reinforced my sense of what was important. Just love, feel love for each other, awe and respect for life, love, and connection with people,’ Jobs’ AI-generated voice said. 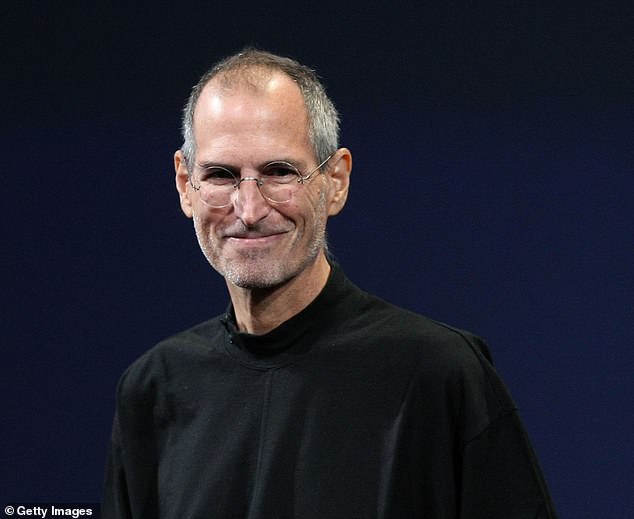 Apple’s found, Steve Jobs, was brought back to life to do an interview with Joe Rogan. The nearly 20-minute conversation was fabricated, but played out as if the pair were sitting together and talking in a studio somewhere

But thanks to AI, the Apple founder has been revived to speak on the Joe Rogan Experience podcast – although both were created by software.

‘I am fascinated by him and I hope you will be too,’ the AI-generated Rogan said during the clip.

Jobs chimes in saying ‘good to see you buddy. It has been a long time since I have been on the show. I miss this.’ However, he was never a guest on the Joe Rogan Experience.

The podcast host asks Jobs about his time at Reed College, specifically his study in Buddhism. 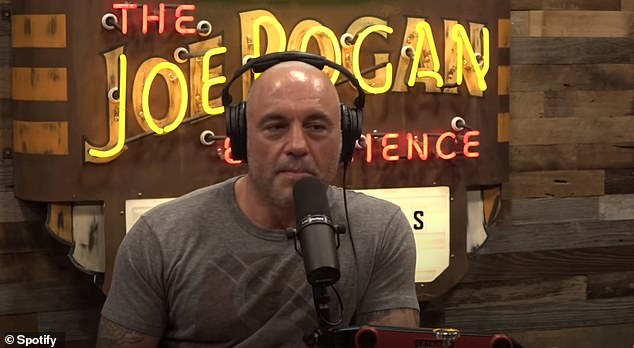 Joe Rogan askes Jobs a range of questions such as what he learned while taking LSD, about his religious beliefs and how he stays on his toes to keep Apple successful

Jobs explained how he took a course in Buddhism because he believes these individuals ‘are responsible for the current human state.’

‘What I learned in Reed College is not about believing in God or not, or what the right answer is, it is about asking the right questions,’ he continued.

This leads to the pair talking about Apple’s early and humble beginnings.

‘In the early days of Apple, when we were making the Apple II all these companies that [were] giant then are gone now,’ Jobs said.

‘And they are gone because we did something right.

‘It’s no fluke that Apple was successful. It was doing something right and it had a vision.’

Rogan then picks Job’s brain of how he is able to ‘stay on his toes’ after being ‘in the computer industry for 40 years,’ in which the Apple founder said although he knows the company has the best products, he ‘got to keep evolving and pushing ahead.’

The technology is the brainchild of Play.ht, which developed the text to speech software using an AI voice generator.

Play.ht’s website states it trained the AI using Job’s ‘biography and all recordings of him [the company] could find online so the AI could accurately bring him back to life’.

‘We wanted to push the boundaries of what is possible in current state of the art speech synthesis, we wanted to create content that can inspire others to do the same, and there was no one who inspired and impacted the technology world more,’ reads the website.