The Perseverance rover touched down on Mars on Thursday night (February 18). It will now start its search for signs of alien life, Nasa revealed. You can still catch all of the action in a neat highlights package that was produced by the space agency.

Perseverance became only the second rover to reach Mars, after Curiosity in 2012.

But this time around, Nasa will be investigating a different crater, near the planet’s equator.

The rover landed in a “nice, flat spot”, according to the landing team leader, Allen Chen, who confirmed that the rover was safe and ready to go.

“We did successfully find that parking lot and have a safe rover on the ground,” he said. “I couldn’t be more proud of my team for doing that.” 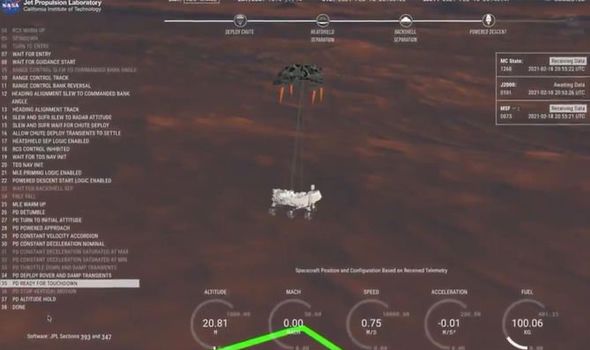 Perseverance landed at 8.55pm on Thursday night, which was greeted by a chorus of cheers in the Nasa control room.

Controllers were separated by see-through screens to maintain social distancing, but the excitement was still visible to everyone watching.

Moments after the landing was confirmed, the rover sent the first two images of Mars’ surface back to Earth.

Dust was covering large portions of the image, but it was still possible to see a flat surface ahead of the vehicle.

Earlier this morning, on Friday February 19, Nasa revealed its highlights reel of the Perseverance landing.

It included the exact moment that the Mars rover touched down, sending the control room into pandemonium.

“Send us your own highlights too. Share your pictures and videos using #CountdownToMars.” 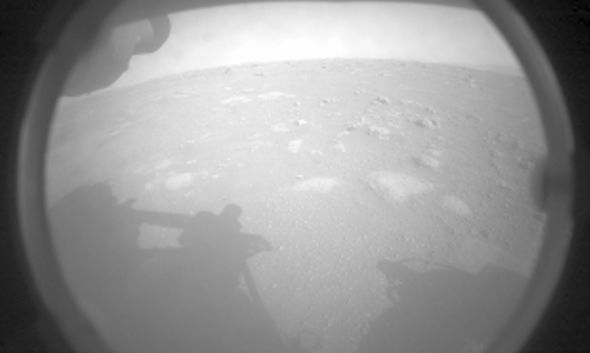 The Mars rover launched from the Cape Canaveral Space Force Station in Florida, back on July 30 2020.

The plan was to use the rover to collect Mars samples, and then return them to Earth.

Perseverance will investigate the rock and sediment of Jezero’s former lakebed and river delta.

But, another key part of the mission was to research astrobiology.

Scientists will be using the samples to search for signs of ancient microbial life, which will provide definitive proof that life once existed on the Red Planet.

Nasa’s associate administrator for science, Thomas Zurbuchen, said: “Because of today’s exciting events, the first pristine samples from carefully documented locations on another planet are another step closer to being returned to Earth.

“Perseverance is the first step in bringing back rock and regolith from Mars.

“We don’t know what these pristine samples from Mars will tell us.

“But what they could tell us is monumental – including that life might have once existed beyond Earth.”