On July 21, 1969, Armstrong, Aldrin and Collins completed the seemingly impossible when their Apollo 11 mission successfully put the first man on the Moon. Armstrong became an overnight sensation, jumping off the lunar lander and delivering his iconic “one small step” speech to the millions watching back home, before being joined by Aldrin shortly after. Meanwhile, Collins – dubbed “the loneliest man in the universe” – piloted the Command Module Columbia alone in lunar orbit for 21 hours and played a crucial role in getting them back to Earth.

Aldrin, 91, is now the only surviving member of the mission after it was confirmed that Collins passed away peacefully yesterday and Armstrong in 2012.

During a candid interview with ABC in 2019, Collins detailed how he made a secret bet with Armstrong, but only lost thanks to a mistake from Aldrin during splashdown.

He said: “I had bet Neil a case of beer that we would not flip over during return.

“We hit the ocean so fast that Buzz, who was all prepared, his hand was jerked off and he missed the circuit breakers. 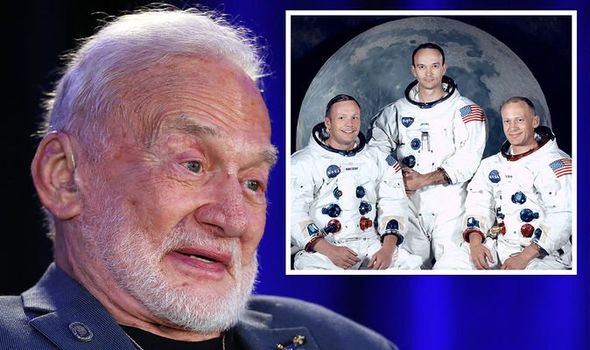 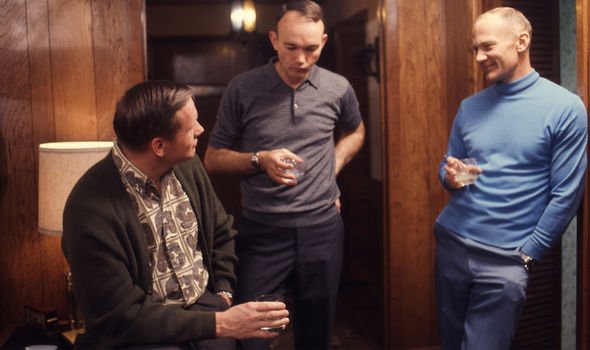 “I turned the switches and they didn’t work, because he hadn’t pushed in the breakers.

“So we flipped over into stable two and I owed Neil a case of beer.”

During the same interview, Collins paid tribute to his fellow crew-mates.

He added: “They were wonderful, each in their own way.

“Buzz was from a technical background, Neil was not only a highly-experienced test pilot, but he knew the whys and the wherefores of what of the spacecraft. 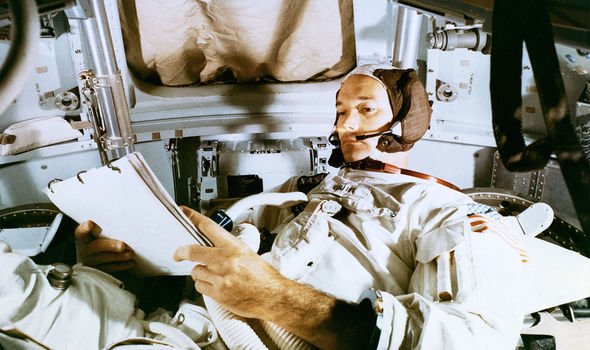 “You were knocked back and forward during liftoff, that went on for maybe five or six seconds before it was over and we were clear.

“We looked out the window and my God that Moon was immense and so three-dimensional.

“You have the sunlight illuminating the ring of the surface.

“I looked back from 230,000 miles away and I saw this tiny little object, somehow beyond its size and gloss, it projects a feeling of fragility, it’s a fragile tiny little thing.”

And Collins, modest as ever, said he was not envious that he never got to join Aldrin and Armstrong on the lunar surface.

He continued: “I liked being in the command module by myself, I had my own little way of doing things, I had hot coffee, I took the centre seat out and it was almost like being in a little church. 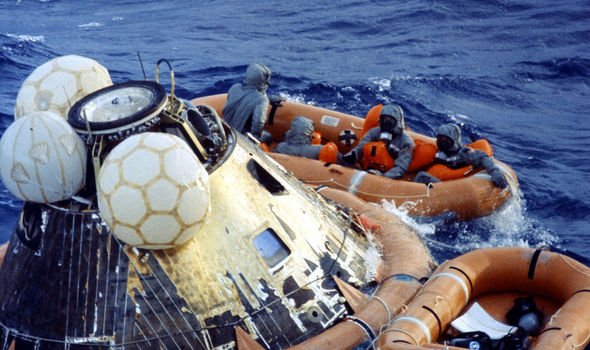 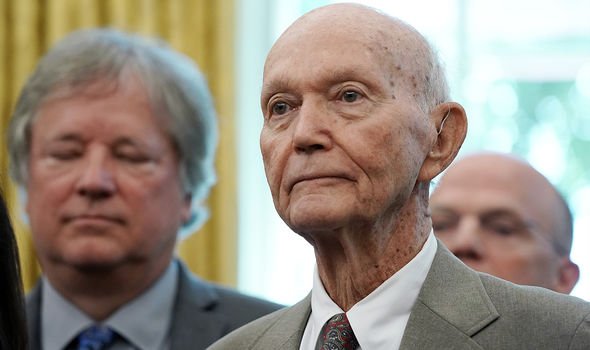 “As far as feeling left out or anything, not at all, I felt very much an equal partner with them.

“They only had one little motor, that was it and it had to work perfectly.

“If it didn’t they were stuck on the Moon and I was not going to commit suicide.”

The former test pilot highlighted the sobering predicament he faced, stating he would be a “marked man” for the rest of his life.

Tributes have poured in for the legend over the last 24 hours, including from Aldrin himself.

He wrote on Twitter: “Dear Mike, Wherever you have been or will be, you will always have the fire to carry us deftly to new heights and to the future.

“We will miss you. May you Rest In Peace.”