Many private colleges were forced to shed jobs or shutter their operations over the past year as border closures hit overseas student numbers, prompting the sector to plead for a rescue package from the federal government. 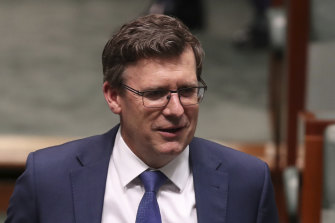 Federal Education Minister Alan Tudge will on Friday respond to this call with a package aimed at helping colleges survive the coming months amid uncertainty about when Australia’s borders will reopen for international students.

The measures will include $26 million to fund 5000 courses for Australian students across 100 colleges known as “non-university higher education providers”, which typically enrol high numbers of international students. The government will spend another $17.7 million to waive registration fees for colleges, English language schools and up to 3500 VET providers until December.

“Many non-university providers have seen revenue decline very sharply and without some
support, they may close or lose serious capacity,” Mr Tudge said. “The package is measured and targeted at those who need it most while borders are closed.”

The federal government will also offer grants of up to $150,000 for English language colleges to expand their delivery of online courses to grow their offshore enrolments as part of a new $9.4 million fund. Eligibility guidelines will be finalised by July 1, but applicants will be required to prove a decline in turnover due to border closures and outline their attempts to adapt their businesses.

The year-long border closure has wiped about $10 billion from Australia’s lucrative international education sector, which was worth $40 billion to the economy in 2019. But the hardest-hit segment has been the private “ELICOS” colleges – an acronym for the schools that offer English Language Intensive Courses for Overseas Students – which are exclusively attended by international students.

English First, one of the biggest English language providers in Australia, was forced to close its Brisbane and Perth campuses last year due to low numbers. Its Sydney campus remained open but had just six students enrolled by December. Another provider, EC English, announced in March it was shutting its Australian operations, closing schools in Melbourne, Sydney and the Gold Coast.

Troy Williams, chief executive of Independent Tertiary Education Council Australia, said while the sector had been kept alive by JobKeeper, there were still more than 20,000 job losses across the industry by September.

“Many of those jobs have come back thanks to government investment in higher education and vocational education programs, however, the situation for the ELICOS sector remains dire. That’s what makes this investment so important.” 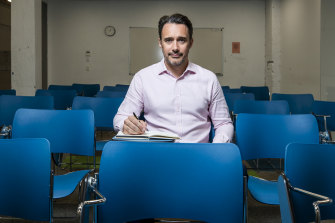 Mr Williams said registration fees for higher education and VET providers could range from $10,000 to more than $100,000 for large providers.

“The extension of this fee relief could not be better timed and will help see job particularly for small businesses.”

Mr Tudge said February data showed international student enrolments were down 12 per cent at universities, while language schools and training colleges had seen declines as high as 70 per cent.

Universities will not be eligible for the financial support, with the government pointing to the $1 billion lifeline it received in the October budget for research funding to help offset the loss of international student fee revenue.