Eye of the Tiger really DOES make you run faster! Scientists say listening to motivational music can boost performance

Listening to motivational music like ‘Eye of the Tiger’ by Survivor does actually help runners combat mental fatigue, a new study has claimed.

University of Edinburgh experts found that a motivational playlist that included the 1982 smash hit improved performance on running tests after a mentally-draining cognitive test.

As well as ‘Eye of the Tiger’, the playlists included ‘No One Knows’ by Queens of the Stone Age, as well as ‘Run This Town’ by Jay-Z and ‘Power’ by Kanye West.

‘Eye of the Tiger’ was famously featured throughout the 1982 film ‘Rocky III’, starring Sylvester Stallone as the titular character. 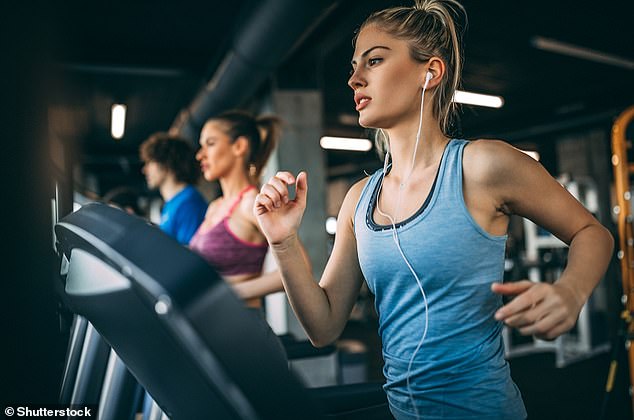 Listening to music while running might be the key to improving people’s performance when they feel mentally fatigued, a University of Edinburgh study suggests (stock image)

Songs participants listened to were:

– Eye of the Tiger (Survivor)

– No One Knows (Queens of the Stone Age)

– Addicted To You (Avicii)

Arguably, the song, which reached number one on the UK singles chart, has become a quintessential motivational tune for sportspeople and gym-goers alike – but researchers were intrigued to find out if it actually helped performance.

The study, published in the Journal of Human Sport and Exercise, claims to be the first to investigate the effect of listening to music playlists on endurance running capacity and performance when mentally fatigued.

‘Mental fatigue is a common occurrence for many of us, and can negatively impact many of our day-to-day activities, including exercise,’ said study author Dr Shaun Phillips at the University of Edinburgh’s Moray House School of Education and Sport.

‘Finding safe and effective ways to reduce this negative impact is therefore useful.

‘The findings indicate that listening to self-selected motivational music may be a useful strategy to help active people improve their endurance running capacity and performance when mentally fatigued.

‘This positive impact of self-selected music could help people to better maintain the quality and beneficial impact of their exercise sessions.’ 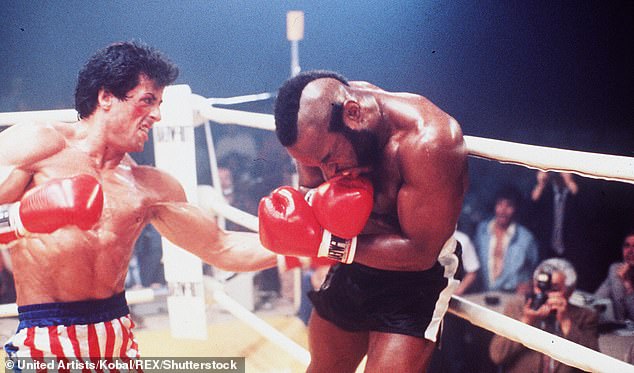 For the study, the researchers used two tests to study how listening to music affected the running performance of 18 fitness enthusiasts.

One test looked at the effects on interval running capacity – alternating between high intensity running and lower intensity jogging – with a group of nine physically active exercisers.

The second task tested a group of nine trained runners on a 5km (3.1-mile) time-trial.

The groups completed a 30 minute computer-based cognitive test that put them in a mentally fatigued state before completing high intensity exercise. The runners were tested with and without self-selected motivational music.

During the exercise, heart rate and rating of perceived exertion were measured at multiple points.

For a comparison, the team took into account the results of a baseline test taken by participants, where they worked out as normal – without music and without a mentally demanding test beforehand.

The researchers found the interval running capacity was moderately greater with music compared to without music after the cognitive test.

Amazingly, performance was the same as when the participants were not mentally fatigued.

The 5km time-trial performances also showed small improvements with the music, which the participants had selected themselves, compared with no music.

Researchers say the positive effects of music could potentially be due to altered perception of effort when listening to tunes.

The results appear to contradict the findings of a 2018 study conducted by experts at Max Planck Institute for Empirical Aesthetics in Germany.

The authors found motivational music doesn’t improve overall performance during sports activities or exercise, but that it does make us more likely to take risks.

Meanwhile, a 2019 study in the journal Current Biology found excessive athletic training can make the brain tired, as well as the rest of the body.

LISTENING TO MOZART CAN HELP YOU FOCUS, EXPERTS CLAIM

Listening to Mozart can significantly help to focus the mind and improve brain performance, according to research.

A study found that listening to a minuet – a specific style of classical dance music – composed by Mozart increased the ability of both young and elderly people to concentrate and complete a task.

Scientists say that the findings help to prove that music plays a crucial role in human brain development.

Researchers from Harvard University took 25 boys, aged between eight and nine as well as 25 older people aged between ages 65 to 75, and made them complete a version of a Stroop task.

The Stroop task is a famous test used to investigate a person’s mental performance and involves asking the participant to identify the colour of words.

The challenge is managing to identify the correct colour when the word spells out a different colour.

Both age groups were able to identify the correct colours quicker and with less errors when listening to the original Mozart music.

When dissonant music played, reaction times became significantly slower and there was a much higher rate or mistakes.

Scientists said that the brain’s natural dislike of dissonant music and the high success rate of the flowing, consonant (harmonious) music of Mozart indicate the important effect of music on cognitive function.

Wolfgang Amadeus Mozart’s is universally described as complex, melodically beautiful and rich in harmony and texture.

The Austrian composer, keyboard player, violinist, violist, and conductor died at the age of 35, and left behind more than 600 pieces.

Previous studies have found that his compositions provide cognitive benefits and scientists have referred to this as the ‘Mozart Effect’.