Mysterious handprint found in 1,000-year-old moat used to defend Jerusalem’s Old City from crusaders baffles researchers who question whether it ‘was a prank’

A mysterious handprint carved into an ancient dry moat that once surrounded Jerusalem’s Old City 1,000 years ago has been uncovered – and its meaning has baffled researchers.

Archaeologists spotted the imprint while excavating around an infrastructure project to expand a road near Herod’s Gate, which initially uncovered part of the moat.

While the function of the moat is clear, it stopped crusaders from invading the holy city, the carved hand remains a mystery.

‘Does it symbolize something? Does it point to a specific nearby element? Or is it just a local prank? Time may tell,’ said the researchers. 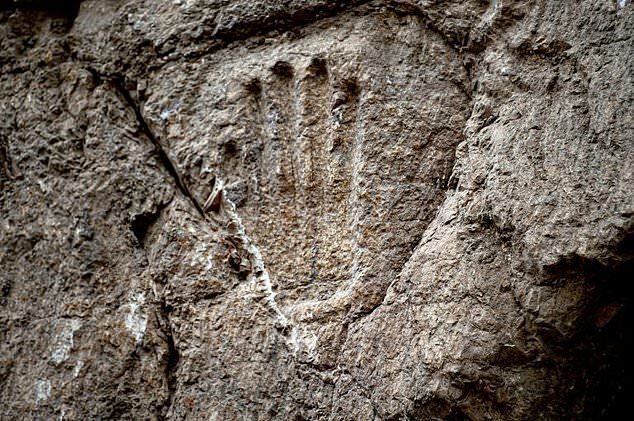 The massive moat was hewn into the stone around the Old City, stretching 33 feet across and between six to 22 feet deep.

According to the Israeli Antiquities Authority (IAA), Crusaders in 1099 needed five weeks to cross it and breach the city’s walls and defenses.

Archaeologists in Israel have identified the remains of a Crusader encampment in Galilee dating to the 12th century, the first definitive evidence of a wartime campsite used by the Christian invaders in the Holy Land.

While the moat’s function was clear, the hand’s meaning was elusive.

‘It’s a mystery, we tried to solve it,’ IAA’s excavation director Zubair Adawi said in a statement.

IAA archaeologists remained uncertain who carved the hand into the rock or its significance.

The impressive walls and gates of the Old City visible today were built in the sixteenth century by the Turkish Ottoman Sultan Suleiman I, the Magnificent.

Dr Amit Re’em, Jerusalem Region Director at IAA said: ‘The earlier fortification walls that surrounded the ancient city of Jerusalem were much stronger.’

For the Crusaders to attack the city, the group had to cross the moat and climb over two thick surrounding walls, which were manned by their opponents, who poured fire and sulfur from the top.

‘As if this wasn’t enough, there were secret tunnels in the fortifications, some of them uncovered by the IAA archaeologists in previous excavations, whereby the city defenders could emerge into the moat and attack the enemy by surprise, and then disappear back into the city,’ said Re’em.

The Crusades were some of the bloodiest battles of the later Middle Ages, which were a series of religious wars fought between 1095 and 1291, in which Christian invaders fought to claim the near East. 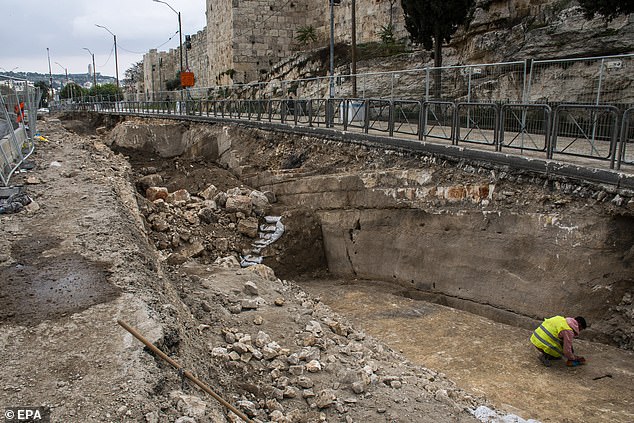 The moat was discovered during an infrastructure to expand a nearby road. Archaeologists were called in to excavate the area 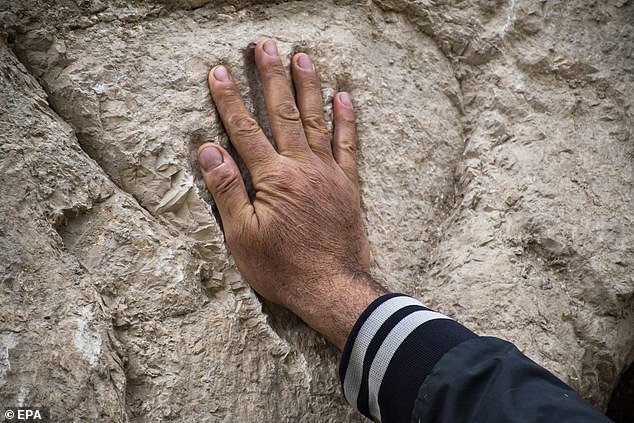 The hand imprint is the size of a ground adult’s hand, but its meaning has baffled researchers 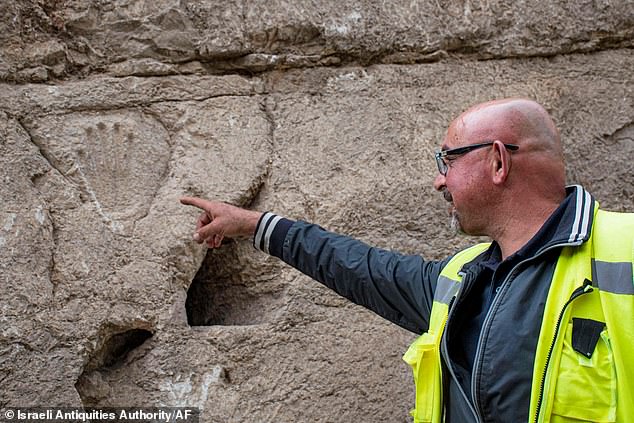 ‘Does it symbolize something? Does it point to a specific nearby element? Or is it just a local prank? Time may tell,’ said the researchers

Earlier medieval Christians went to Jerusalem as an act of pilgrimage for the remission of their sins.

Since the Crusaders were also helping God by freeing his tomb from the Muslims, they could have counted the war as a pilgrimage

Sylvia Schein, a leading expert on the history and politics of the Crusade States, who died in 2004, believed that the goal of the First Crusade was to liberate the Holy Sepulcher in Jerusalem.

Pope Urban, who died in 1009, originally planned the crusade as a way to help the Byzantines, but he yielded to popular opinion and made it a war to rescue Jerusalem