Netflix password sharing 'will be banned' by late MARCH

Bad news for Netflix freeloaders: Password sharing ‘will be banned’ by late MARCH – and at least 100 million viewers will be impacted

The time Netflix ‘freeloaders’ have long feared – password sharing will be banned by the end of March.

The company shared the news in a letter to shareholders, noting the ‘widespread account sharing’ has exceeded over 100 million viewers.

These individuals, however, will be able to transfer their profiles to a new paid account, allowing them to carry over their preferences.

Netflix said 2022 was a ‘tough year’ due to its first subscriber loss in more than a decade – its customer base fell by 200,000 subscribers in the first quarter. 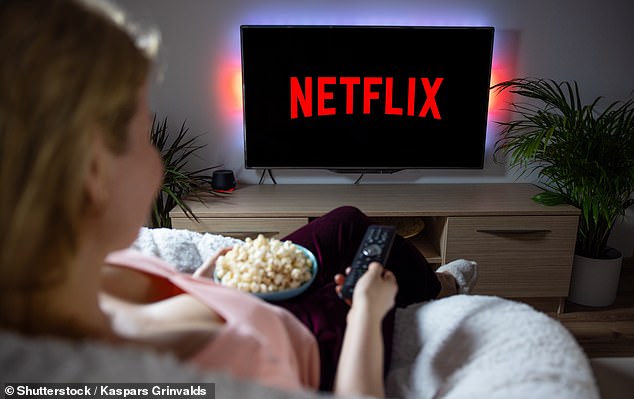 Netflix told shareholders it will stop users from sharing accounts in late March. The move comes as more than 100 million people are watching the platform for free

‘Today’s widespread account sharing undermines our long-term ability to invest in and improve Netflix, as well as build our business.’ the company said in its letter.

‘While our terms of use limit use of Netflix to a household, we recognize this is a change for members who share their account more broadly.’

READ MORE: Sharing passwords for online streaming services with friends and family is against the law, a government agency has warned.

Netflix, however, is aware some users will cancel their accounts, but those sharing can transfer profiles if they choose to open their own.

‘We believe the pattern will be similar to what we’ve seen in Latin America, with engagement growing over time as we continue to deliver a great slate of programming and borrowers sign up for their own accounts,’ the company told shareholders.

Netflix has been working to bring in more revenue, all while catering to consumers.

Advertisements, which are either 15 or 30 seconds long, play before and during shows and movies.

And leading up to the recent ban on password sharing, Netflix revealed plans for a paid sharing option.

This will be for multiple users on the same account.

Under the new rules, people watching Netflix using someone else’s account will have to create their logins and pay for their own access.

The testing of the new feature is already underway, with a platform-wide rollout expected to come into effect by the end of March.

To enable people to share an account, ‘paid sharing’ will be added, allowing multiple users but costing less than a full subscription.

Accounts already come with five ‘profiles,’ but these are solely for use by members of the same household.

‘Every account comes with five profiles that can be used by any member of the household,’ a Netflix spokesperson said.

The new option comes if people wish to share their Netflix account with friends and family living elsewhere.