Mark Vernon visited Derby Gaol on Saturday with historian and Most Haunted star, Richard Felix. During his visit, the 55-year-old captured footage which appears to show ball of light glide and circle the room, which he believes was a ghostly “energy ball”. The Royal Mail postman, who has been doing paranormal investigations for 30 years, was amazed by what he saw. He told DerbyshireLive: “It was just incredible when it all took place. I got there about 11am and this happened about 1pm.

“I was changing the battery of my camera and was just making sure it was all working when this entity appeared. I was flabbergasted.

“It was some kind of energy ball and you could feel the static coming from it, it was like a ball of energy that came into the room. You could feel your hairs on the back of your arms and hands stand on end.

“One of the ladies who was there later told me it made her go woozy as well.”

The footage shows Richard Felix talking to Laura Martin and Lin Hughes (left) of West Midlands Paranormal Investigations about an exhibit at the Gaol, when suddenly a ball of light appears to move across the screen. 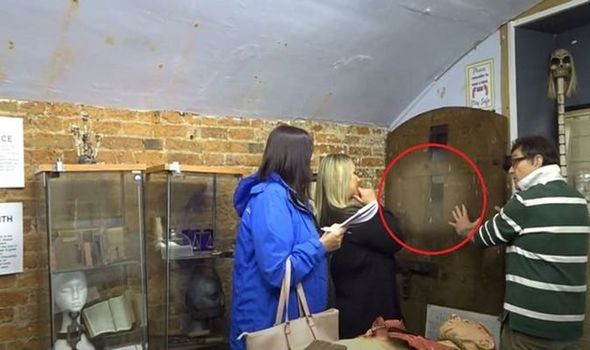 Mr Vernon’s excitement can be heard when he says: “Smile you’re on camera with a ghosty!”

The ball of light then makes its way over one of the ladies before circling past round both of them and towards Richard Felix.

The light is spotted circling around three times before heading upwards and out of view.

Mr Vernon added: “When I first saw it, it looked it had come from a skeleton exhibit at the gaol. After it had gone around the room, it went back in that direction before it disappeared. 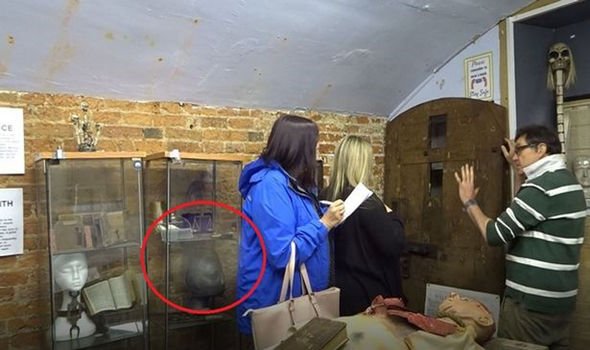 “Whether it has anything to do with that I don’t know, but it was quite amazing to see.”

Richard Felix was also amazed by the video and is convinced it the shape was not caused by dust particles. He said: “I was gobsmacked when I saw the footage, to see it so clearly on there as well.

“I was very impressed. Dust particles normally fly by. This kept coming around. It seems to go towards me and stay around me.

“My view on all this is, ghosts are nothing but energy, what form they really take I don’t know, they transform themselves.

“It’s how much is in your own mind or your own perception. We should change the name of ghost to energy, that is what it is, energy force.

Derby Gaol is famous for its history of imprisonment and death and people can visit for ghost walks, overnight vigils, themed days and private events.