If chopping onions lately has left you looking like an emotional wreck, you can blame the weather.

The record-breaking heatwave that hit Britain in the summer, especially in late August and early September, has produced a particularly strong and tear-jerking harvest.

Onions have a defence mechanism that protects them from passing predators, such as mice or insects, who might otherwise have had a nibble. 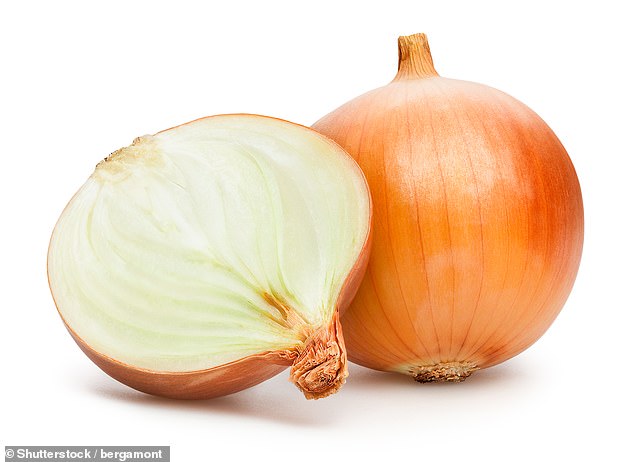 Onions have a defence mechanism that protects them from passing predators, such as mice or insects 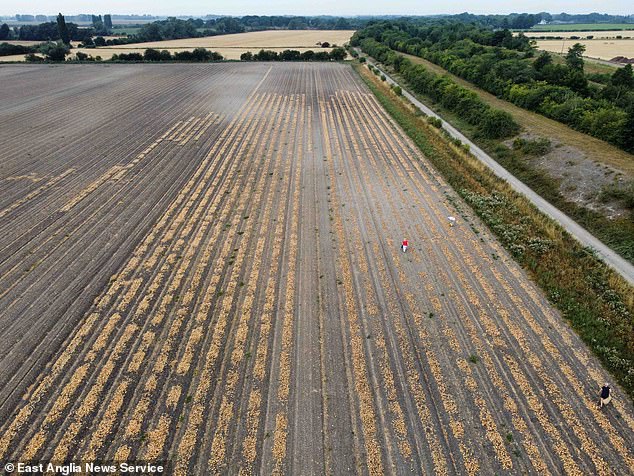 The record-breaking heatwave that hit Britain in the summer, especially in late August and early September, has produced a particularly strong and tear-jerking harvest of onions

In humans, this irritates the eyes and stimulates the lacrimal glands to produce the inevitable flood of tears at the chopping board.

Experts believe the crop on sale now is drier, meaning each onion contains less water than usual so the acidic compounds are heavily concentrated and more powerful.

Alastair Findlay, of Lakes Farm in Bedford, Bedfordshire, said: ‘I regularly have different onion breeding lines laboratory-analysed and I was surprised at how much more potent the sap was – almost double those I measured in October.

‘It’s only guesswork but I’m pretty certain it would be caused by the extraordinarily dry days, very clear skies, drought in some places and the sun shining from morning till dusk.’

He added that the next crop of onions is likely to return to normal levels of pungency.

The Met Office’s first ever red warning for extreme heat was issued in July, with 40.3C (104F) registered in Coningsby, Lincolnshire – the highest British temperature on record.

Farmer James Parrish, also in Bedfordshire, said: ‘Due to the very parched summer and early autumn, we have found that onions harvested at that time are about ten per cent drier.

‘This means they have a lower water content, so the sulphur compounds in the onions are more concentrated and are therefore stronger.’

He added that the hot weather also led to smaller bulbs.

Norfolk-based farmer Tom Abrey said his crop was about one to two per cent drier because of high light levels and temperatures over the summer.

He added that such an increase was rare and would inevitably lead to onions being more pungent.