A shoebox-sized robot named Iris is among the final two vying for the chance to become the first US spacecraft to land on the moon in 50 years.

NASA has been sending rovers to the surface of Mars for decades, with two, Perseverance and Curiosity, currently operating and sending back photographs.

However, the US-based space agency hasn’t sent a vehicle to explore the surface of the moon since the last Apollo landing in 1972 – 50 years ago this year.

Two contractors funded by NASA have vehicles that could launch this year – including Houston-based Intuitive Machines, and Pittsburgh-based Astrobotic.

With contracts worth more than $70 million each, the firms could launch for the moon this year on a mixture of SpaceX Falcon 9 and United Launch Alliance rockets.

They are part of the NASA Commercial Lunar Payload service, that employs private firms to create service missions on the surface of the moon. 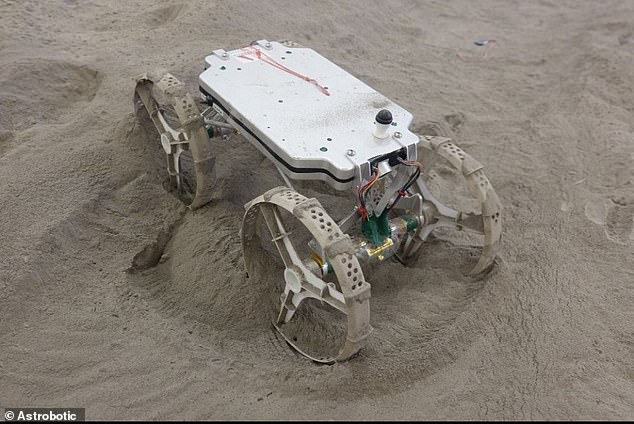 Two contractors funded by NASA have vehicles that could launch this year – including Houston-based Intuitive Machines, and Pittsburgh-based Astrobotic (pictured)

Astrobotic will carry 11 payloads to Lacus Mortis, a larger crater on the near side of the moon.

NASA awarded Intuitive Machines a task order to deliver the PRIME-1 drill to the moon by December.

NASA awarded a task order to Astrobotic to deliver the agency’s VIPER to the lunar South Pole.

NASA selected Firefly Aerospace to deliver a suite of payloads to a non-polar region of the Moon in 2023.

Masten Space Systems has one task order award to deliver and operate eight payloads – with nine science and technology instruments – to the lunar South Pole.

One of those rovers, named Iris, is already attached the the Peregrine lander by Astrobotic, that could be sent to the moon in the first half of the year.

In contrast, Intuitive Systems is testing the Nova-C lunar lander that will carry a small ‘spider-like’ rover from the London-based Spacebit Technologies.

Intuitive has a $77 million contract from NASA for its IM-1 mission, and Astrobotic’s Peregrine lander has a $79.5 million NASA contract for Peregrine Mission 1.

They are both designed to investigate landing sites and resources for the Artemis crewed missions, scheduled to operate from 2025 with the first woman and next man to step foot on the lunar surface.

‘The first priority is, I hope it’s successful – that is the number one priority above all else,’ Astrobotic CEO John Thornton said in an interview with UPI.

The firm has used miniaturisation technologies, similar to those which pack ever increasing power into a smartphone every year, to create a relatively tiny vehicle that can drive across the moon’s surface.

Iris is a CubeRover class of vehicles, inspired by the small CubeSats that also come in shoebox size and perform experiments in low Earth orbit.

The firm tweeted: ‘Last week, teams from Astrobotic and NASA Glenn integrated the Photovoltaic Investigation on the Lunar Surface (PILS) payload onto our Peregrine lunar lander.

‘This means all NASA payloads & all powered commercial payloads (cargo) flying onboard Peregrine have been installed!’

The rover was built by students at Pittsburgh-based Carnegie-Mellon University under a program founded by Professor Red Whittaker, who is chairman of Astrobotic.

Thornton expects Astrobotic to make it to the moon first, but ‘can’t guarantee it’ as Intuitive Machines are nearing readiness.

Intuitive confirmed last week that it had completed tests of its tracking network, allowing it to communicate with the Nova-C lander once it is on the moon.

‘This was a critical step towards returning the United States to the lunar surface on our IM-1 mission this year,’ Peter McGrath from Intuitive Machines explained.

NASA awarded funding for seven lunar lander missions – known as CLPs missions – coming to a total investment of less than a billion dollars. In the past a mission like this would cost that per launch. 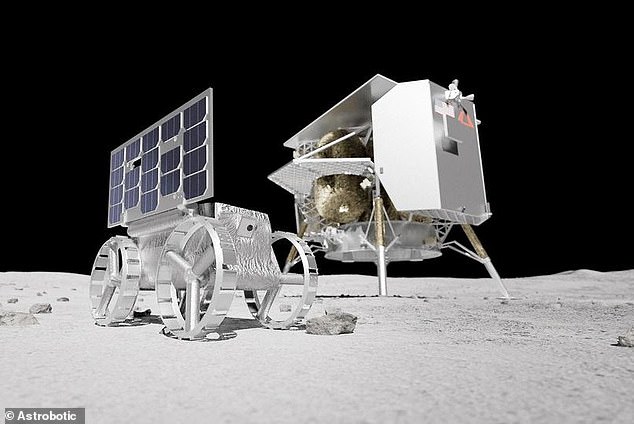 The rover was built by students at Pittsburgh-based Carnegie-Mellon University under a program founded by Professor Red Whittaker, who is chairman of Astrobotic 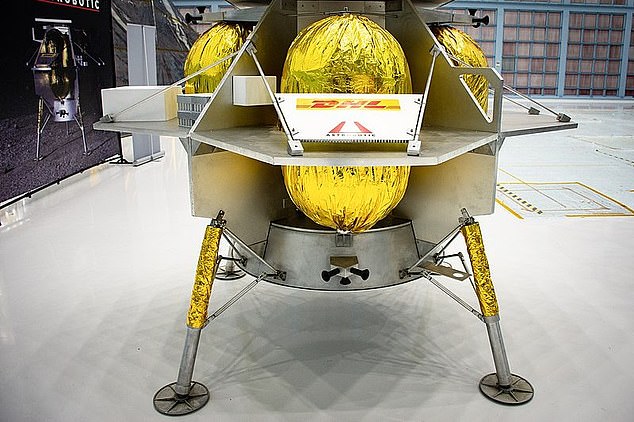 The firm has used miniaturisation technologies, similar to those which pack ever increasing power into a smartphone every year, to create a relatively tiny vehicle that can drive across the moon’s surface

Astrobotic has booked space on a United Launch Alliance rocket to get to the moon, whereas SpaceX’s Falcon 9 will carry the Intuitive mission.

Both will also carry additional payloads for NASA and commercial customers.

“There’s a ton of parts that have to come together and COVID-19 has really thrown a lot of that for a loop,” Thornton said.

“You’re using high-end stuff that can be very difficult to source in normal times and it gets even more complicated with COVID-19 compounding that.”

“We are integrating the propulsion system to the spacecraft and we should have the spacecraft ready in a couple of months,” he said. “Then there will be testing and it’s going to be off to the launch site.”

Rather than mission control being in a NASA facility, both Intuitive and Astrobotic will control their respective lander missions from their headquarters.

The timeframe for NASA’s return to the moon is in question, but when it does, it will have to decide what it wants its astronauts to cruise around the lunar surface in.

Northrop Grumman announced on Tuesday that it is designing a Lunar Terrain Vehicle (LTV) to transport the agency’s Artemis astronauts around the moon.

It is teaming with several different companies, including AVL, tiremaker Michelin, Lunar Outpost and Intuitive Machines to design the rover.

The announcement comes just hours after a government watchdog said NASA will miss its target for landing humans on the moon in late 2024 by ‘several years.’ 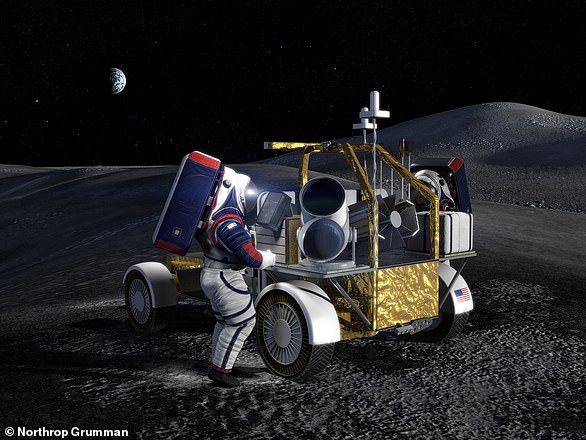