Russia is sending troops from the country’s far east to Belarus for major war games, officials said Tuesday, a deployment that will further beef up Russian military assets near Ukraine amid Western fears of a planned invasion.

Deputy Defense Minister Alexander Fomin said the drills would involve practicing a joint response to external threats by Russia and Belarus, which have close political, economic and military ties.

Ukrainian officials have warned that neighboring Russia could launch an attack from various directions, including from Belarus.

BLINKEN TO VISIT UKRAINE AMID RISING TENSIONS WITH RUSSIA 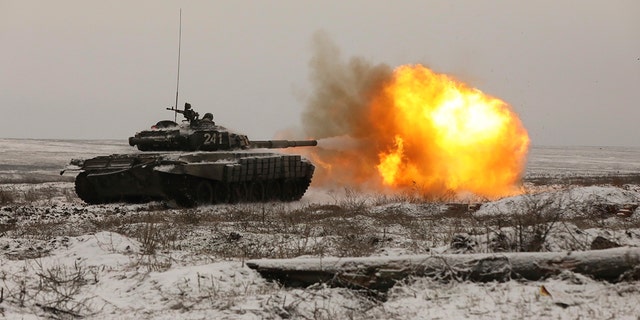 A Russian tank T-72B3 fires as troops take part in drills at the Kadamovskiy firing range in the Rostov region in southern Russia, on Jan. 12, 2022.
(AP Photo)

A series of talks last week between Russia, the U.S. and NATO failed to quell the tensions over Ukraine. U.S. Secertary of State Antony Blinken is set to meet his Russian counterpart in Geneva on Friday in another attempt to deescalate tensions.

Russia already has started moving troops for the war games in Belarus. Fomin said it would take through Feb. 9 to fully deploy weapons and personnel for the Allied Resolve 2022 drills, which are expected to take place Feb. 10-20.

As part of the exercises to “thwart and repel a foreign aggression,” Russia will deploy a dozen Su-35 fighter jets and several air defense units to Belarus, Fomin said.

He did not say how many troops and weapons were being redeployed for the exercises, or give the number of troops that will participate in the war games. The deployment would dramatically bolster an estimated 100,000 Russian troops with tanks and other heavy weapons amassed near Ukraine in what the West fears could be a prelude to an invasion.

Russia has denied an intention to attack its neighbor but demanded guarantees from the West that NATO will not expand to Ukraine or other ex-Soviet nations or place its troops and weapons there.

Washington and its allies firmly rejected Moscow’s demands during Russia-U.S. negotiations in Geneva and a related NATO-Russia meeting in Brussels last week.

Fomin said the drills in Belarus, which involve moving an unspecified number of troops from Russia’s Eastern Military District that encompasses Eastern Siberia and the Far East, reflect the need to practice concentrating the country’s entire military potential in western Russia.

“A situation may arise when forces and means of the regional group of forces will be insufficient to ensure reliable security of the union state, and we must be ready to strengthen it,” Fomin said at a meeting with foreign military attaches. “We have reached an understanding with Belarus that it’s necessary to engage the entire military potential for joint defense.”

Belarus’ authoritarian president, Alexander Lukashenko, said the joint maneuvers will be conducted on Belarus’ western border and also in the country’s south, where it borders Ukraine. Lukashenko has increasingly relied on the Kremlin’s support amid Western sanctions over a brutal crackdown on domestic protests in Belarus.

Amid the tensions, Ukraine’s Defense Ministry said Tuesday it was speeding up efforts to form reserve battalions that would allow for the rapid deployment of 130,000 recruits to expand the country’s 246,000-strong military. The battalions from the newly formed Territorial Defense Forces could include reservists between the ages of 18 and 60.

The United States and its allies have urged Russia to deescalate the situation by calling back the troops amassed near Ukraine.

“In recent weeks, more than 100,000 Russian troops with tanks and guns have gathered near Ukraine without an understandable reason, and it’s hard not to understand that as a threat,” German Foreign Minister Annalena Baerbock told reporters Tuesday after talks in Moscow with her Russian counterpart, Sergey Lavrov.

Lavrov responded by restating Moscow’s argument that it’s free to deploy its forces wherever it considers it necessary on its territory. 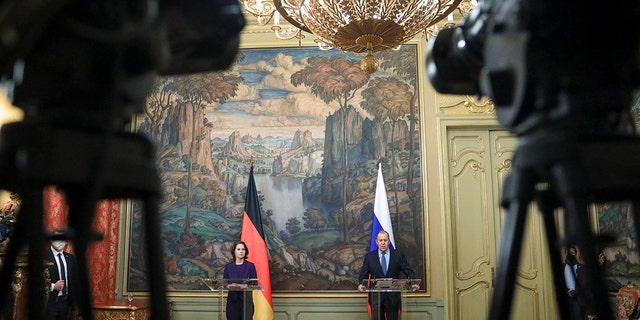 “We can’t accept demands about our armed forces on our own territory,” Lavrov said, adding that “troops’ training is something that every country does.”

“We aren’t threatening anyone, but we are hearing threats to us,” he added. “We will decide how to react depending on what specific steps our partners will take.”

Baerbock emphasized that the West was ready to continue a dialogue with Russia to help defuse tensions.

“We are prepared for a serious dialogue on mutual agreements and steps to bring everyone in Europe more security,” she said, calling last week’s security talks a “first sensible step toward such a dialogue.”

NATO Secretary General Jens Stoltenberg met with German Chancellor Olaf Scholz in Berlin on Tuesday. He said “the main task now is to make progress on the political way forward” to prevent a military attack against Ukraine.

“NATO allies are ready to meet with Russia again, and today I have invited Russia and all the NATO allies to attend a series of meetings in the NATO-Russia Council in the near future to address our concerns but also listen to Russia’s concerns,” Stoltenberg said.

He added that NATO will soon deliver its written proposals in response to Russian demands and “hopefully we can begin meeting after that.”

“We need to see what Russia says, and that will be a kind of pivotal moment,” the NATO chief said.

Lavrov, meanwhile, reaffirmed that Russia wants a quick Western answer to its demand for security guarantees that would preclude NATO’s expansion to Ukraine and limit its presence in Eastern Europe. He repeated that view in a phone conversation with Blinken, who is to visit Ukraine on Wednesday and meet with Lavrov on Friday.

Lavrov also urged Blinken “not to spread speculation about the alleged ‘Russian aggression’ being prepared,” the Russian Foreign Ministry said in its readout of the call.

Baerbock, who traveled to Moscow a day after visiting Kyiv, emphasized the importance of strengthening a 2015 peace agreement on eastern Ukraine that was sponsored by France and Germany and reached in the capital of Belarus, Minsk. 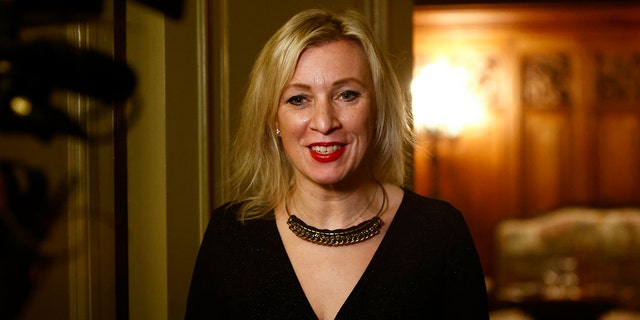 Russia annexed the Crimean Peninsula from Ukraine in 2014 after the ouster of Ukraine’s Moscow-friendly leader and also threw its weight behind a separatist insurgency in eastern Ukraine. More than 14,000 people have been killed in nearly eight years of fighting there.