SpaceX is fined just $18,000 after employee is critically injured

SpaceX is fined just $18,000 after engine valve blew off and struck employee in the head, leaving him with such serious injuries he may NEVER leave hospital

A SpaceX engineer is currently fighting for his life in a hospital after he was critically injured while working on a Raptor engine at Elon Musk’s California facility – and the company was only fined $18,475 for two safety violations related to the incident.

Francisco Cabada, who has been with SpaceX for more than a decade, was conducting a routine pressure check on a Raptor engine in January when he was struck in the head by a fuel controller cover that broke off immediately after he initiated the venting.

The father of three sustained life-threatening injuries to his head, extremities and respiratory system and is in an induced coma following several brain surgeries – but SpaceX has yet to publicly announce the incident.

Fox News reported that Cabada may never be able to leave hospital.

A GoFundMe page has been set up for Cabada, who is also a father of three, which had an initial goal of raising $10,000 – it currently has more than $50,000 in donations.

This was the first time an automated program was used, instead of the traditional manual method, which the accident summary from the Occupational Safety and Health Administration notes is what sent the piece flying that fractured Cabada’s skull.

Francisco Cabada, who has been with SpaceX for more than a decade, is now fighting for his life in a hospital. He was sustained serious injuries while performing routine tests on a Raptor engine 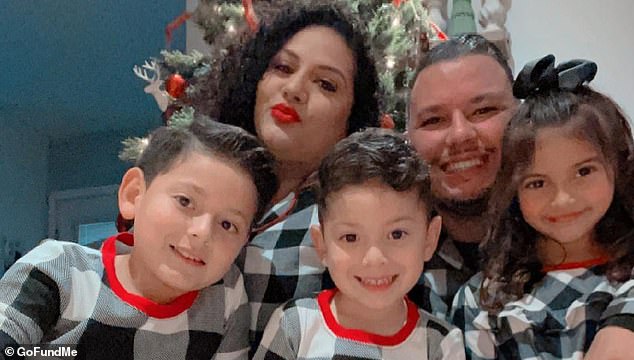 Cabada, who is from Los Angeles, is married with three children

People with knowledge of the accident told Semafor that Cabada should not have been near the valve when venting hit maximum pressure.

The incident happened on January 18 at SpaceX’s Hawthorne facility where the firm’s rockets are manufactured.

In a video produced by Semafor, Robert Caldwell, a technician for aerospace manufacturing firm Relativity Space, explained that there is constant risk when working around such kinds of technologies.

‘You got hydrogen, methane, liquid oxygen,’ he said. ‘So yeah, it’s essentially a bomb.’ 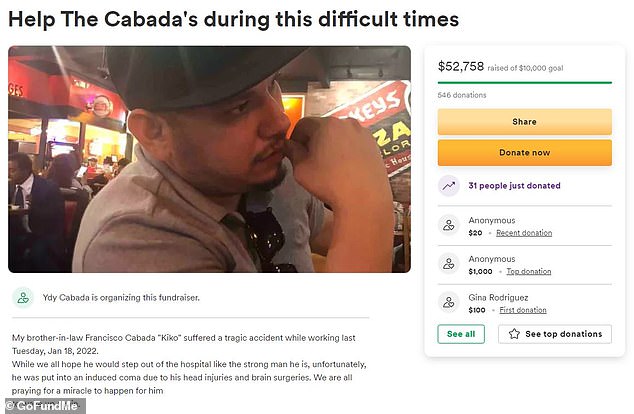 His sister-in-law set up a GoFundMe page to help during this ‘difficult time’. The posts notes that Cabada is the ‘breadwinner of the family’ 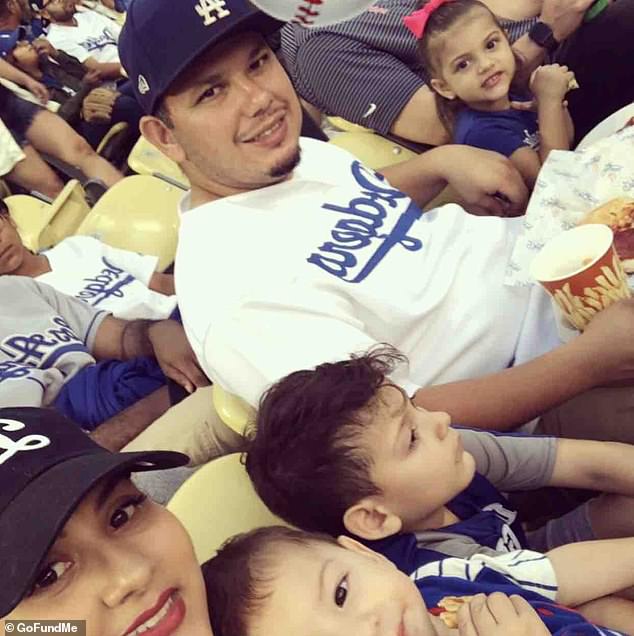 The father of three sustained life-threatening injuries to his head, extremities and respiratory system and is in an induced coma following several brain surgeries – but SpaceX has yet to publicly announce the incident

Unfortunately Cabada was caught in the line on fire when the controller cover flew off as a result of too much pressure shooting out from the vents.

Semafor, which has been researching the incident for months, also found that SpaceX listed the incident as an ‘aviation accident’ and not as a ‘space industry accident.’

The outlet also obtained the official paperwork that did not list Cabada as working in the space industry, although he was testing engines set to help rockets go to space.

SpaceX has not announced the incident publicly, nor has the firm updated Cabada’s co-workers on his status, according to Semafor.

A half dozen former employees said they were concerned Cabada’s family would not be properly compensated if he can no longer work, or worse.

The great space race is a new era for humanity, but it is also a dangerous one. 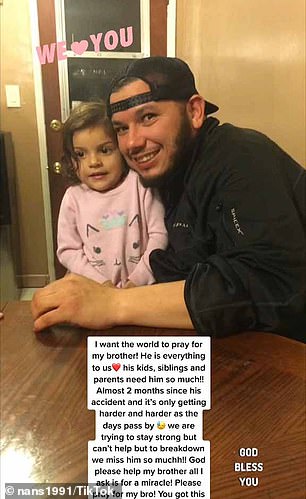 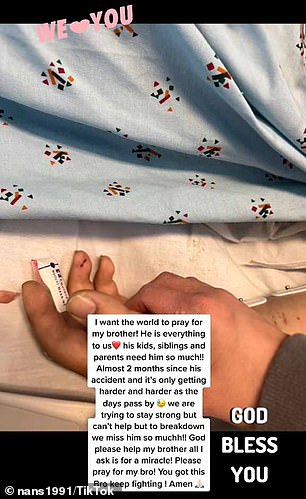 His sister shared a video on TikTok asking for people to pray for his recovery. The video includes a picture of Cabada in the hospital. He is currently in a coma

Elon Musk saying to Everyday Astronaut in July: ‘You can try lots of things and it’s ok if you blow up an engine…because you have a high production rate.’

The issue at hand is that when engines blow there are likely people nearby.

This ‘pushing the envelope’ for results is not something cooked up by Musk, but has been a part of humans’ long-term mission to overtake space.

However, astronaut deaths are typically the only ones shared with the world, leaving the unsung heroes who are building the rockets in the shadows.

A quick Google search for space industry related accidents produces only astronauts who were killed while venturing off to the final frontier.

At least 24 people, mainly technicians, have died since 1980 while helping ramp up the space industry, but Semafor notes there are likely more injuries that were either never reporter or were not classified as ‘space industry accidents,’ just like Cabada’s January incident.