TikTok is likened to 'highly addictive and destructive' drug FENTANYL

TikTok is likened to ‘highly addictive and destructive’ drug FENTANYL by senior US congressman, due to its ‘corrosive impact’

TikTok has been likened to the addictive drug fentanyl by a US politician, due to its ‘corrosive impact’ on young Americans.

Mike Gallagher, incoming US chairman of a new House select committee on China, described TikTok as ‘digital fentanyl’ in reference to the addictive opioid painkiller.

Gallagher, who wants TikTok banned in the US, said the app is ‘highly addictive and destructive’ and that it ‘effectively goes back to the Chinese Communist Party’.

There are concerns among US politicians that the Chinese government could use the app to track Americans, censor content and promote Chinese narratives. 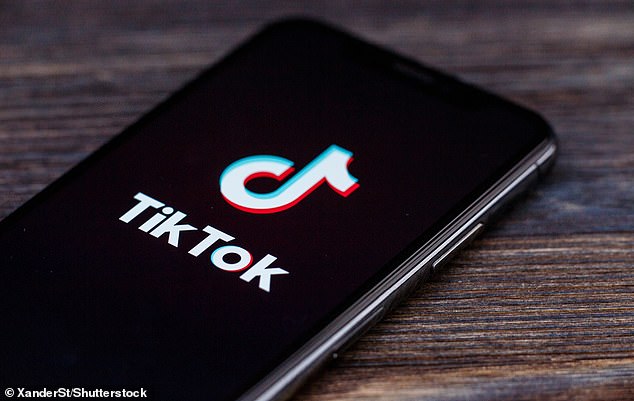 TikTok, which is owned by Beijing-based company ByteDance, has already been banned from all devices owned and managed by US House of Representatives (file photo) 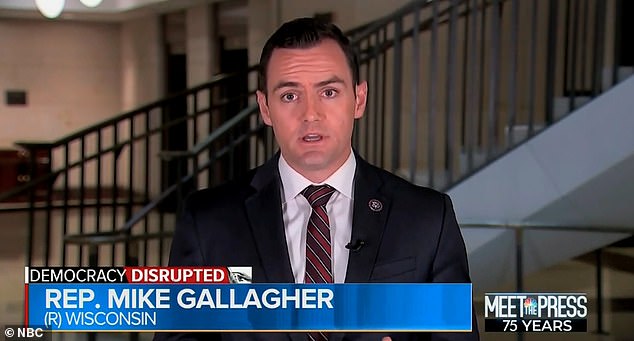 Mike Gallagher, incoming US chairman of a new House select committee on China, was speaking to NBC about the controversial app

Fentanyl is a powerful opioid drug used in the treatment of severe pain.

The prescription drug is similar to morphine but is 50 to 100 times more potent, making it more addictive too.

A person taking prescription fentanyl as instructed by a doctor can experience dependence, which is characterized by withdrawal symptoms when the drug is stopped.

Like other opioid addictions, medication with behavioral therapies has been shown to be effective in treating people with a fentanyl addiction.

Gallagher was speaking during NBC’s ‘Meet The Press’ in an interview aired in the US on Sunday.

‘It’s highly addictive and destructive and we’re seeing troubling data about the corrosive impact of constant social media use, particularly on young men and women here in America,’ he said.

‘The government can’t raise your kids, can’t protect your kids for you, but there are certain sensible things we can do in order to create a healthier social media ecosystem.’

TikTok, which is owned by Beijing-based company ByteDance, has already been banned from all devices owned and managed by US House of Representatives.

But Gallagher wants to expand that ban nationally or risk the Chinese Communist Party (CCP) expanding their control over the media that US citizens see online.

It’s unclear whether ByteDance has shared data with Chinese government officials – and TikTok has previously said it hasn’t received any such requests.

However, Gallagher is concerned about the Chinese government ‘effectively compiling dossiers filled with our data’.

Gallagher also has an issue with ‘the lack of transparency’ around TikTok’s algorithm, which he said is ‘addicting kids’.

The algorithm promotes videos to users on the For You page from people they don’t even follow, but this has proved controversial for dictating what users see. 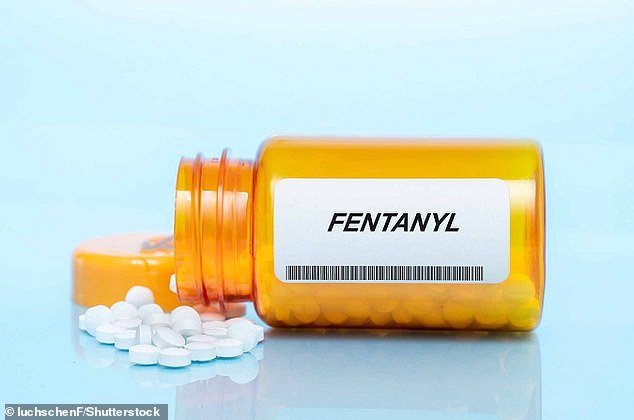 Fentanyl is addictive because of its potency. A person taking prescription fentanyl as instructed by a doctor can experience dependence, which is characterized by withdrawal symptoms when the drug is stopped (file photo)

TikTok has revealed that its staff in China are able to spy on data from its European users, including the UK.

Elaine Fox, TikTok’s head of privacy in Europe, claims this is to ensure its ‘global workforce’ can make TikTok ‘consistent, enjoyable and safe’.

As well as China, user data is accessible to employees in Brazil, Canada, Israel, Japan, Malaysia, Philippines, Singapore, South Korea, Singapore and the US.

‘We have to ask whether we want the CCP to control what’s on the cusp of becoming the most powerful media company in America,’ Gallagher told NBC.

‘I’m concerned about TikTok’s ability to track your location, track your keystrokes, track what websites you’re visiting – even when you’re not using the app.’

A recent report from the Center for Countering Digital Hate (CCDH) also said TikTok’s For You page lacks ‘meaningful transparency’ and its algorithm operates ‘in an opaque manner’.

TikTok allows users as young as 13 to create an account by asking for a date of birth, although it doesn’t stop kids below this age from using it.

TikTok was banned from all devices owned and managed by US House of Representatives only last week.

The ban is part of the $1.7 trillion Omnibus Spending Bill, which was signed into law by US President Joe Biden on December 29.

Lawmakers and their staff received an email mandating they delete the app because it is considered ‘high risk due to a number of security issues.’ 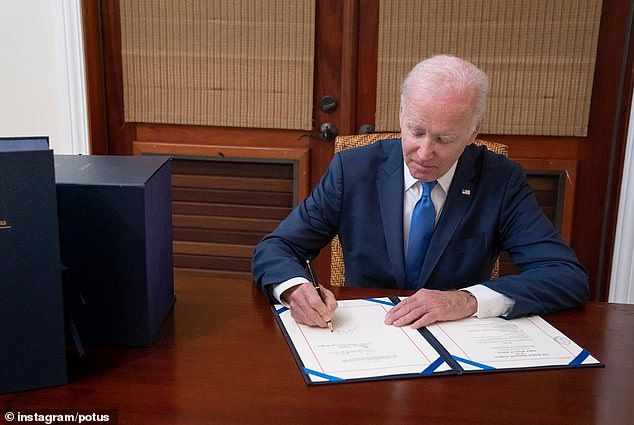 TikTok is now banned from all devices owned and managed by US House of Representatives – part of the $1.7 trillion Omnibus Spending Bill, which was signed into law by US President Joe Biden on December 29 (pictured)

The memo, obtained by Reuters, tells House staff that they are ‘not allowed to download the TikTok app on any House mobile devices.

‘If you have the TikTok app on your House mobile device, you will be contacted to remove it,’ it said.

TikTok is BANNED on US House of Representatives-issued devices

TikTok is now explaining why ‘For You’ videos are being recommended

Which apps will survive 2023? Experts predict downfall of Twitter

A recent Daily Mail investigation found teenagers are being bombarded with self-harm and suicide content on TikTok within minutes of joining the platform.

An account set up by the Daily Mail as 14-year-old Emily was shown posts about suicidal thoughts within five minutes of expressing an interest in depression content.

After 15 minutes of scrolling, its algorithm was demonstrating how to hide content from parents.

Within 24 hours, the account had been bombarded with more than 1,000 videos about depression, self-harm, suicide and eating disorders. Some videos had millions of views.

TikTok says that the account the Mail created for this experiment ‘liked’ a number of videos which were proactively removed by its team for violating its policies, without being reported.