The FBI have refused to say whether or not they are investigating a mysterious UFO incident. However, they cryptically confirmed they are “aware of” a pilot’s report of an apparent UFO seen soaring over Northeast New Mexico earlier this week. This comes after American Airlines Flight 2292, an Airbus A320 flying between Cincinnati and Phoenix on February 21st, had a bizarre close encounter with a UFO.

In a chilling cockpit recording, the pilot can be heard telling air traffic control about a “long cylindrical object that almost looked like a cruise missile” moving extremely fast over the top of the plane.

The conversation was uploaded by Steve Douglass on his blog, Deep Black Horizon.

The pilot describes a quick-moving, unusual object flying above them, according to the radio transmission. 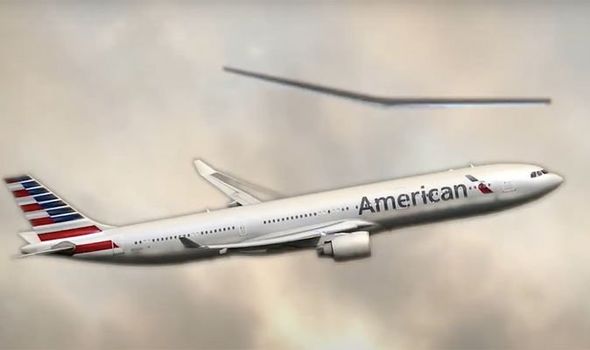 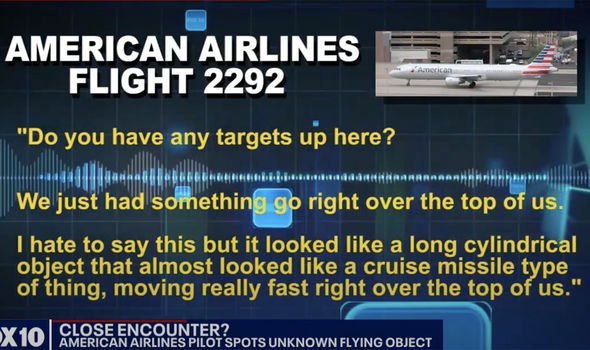 In the conversation, the pilot says: “Do you have any targets up here? We just had something go right over the top of us.

“Moving really fast and went right over the top of us.”

The pilot was said the UFO was moving faster than the plane, which was travelling at around 460 miles per hour at 36,000 feet.

Florida: Mysterious 'UFO' object spotted in the sky near coast 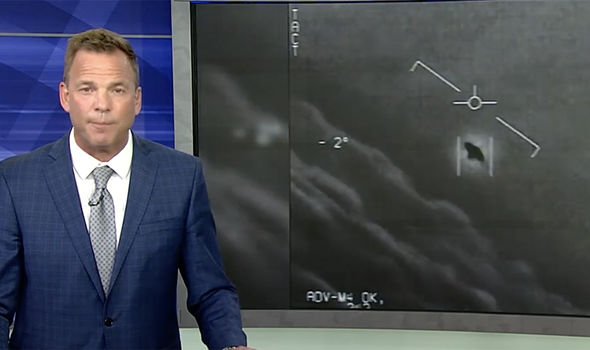 American Airlines later referred questions about the incident to the FBI, suggesting they have launched an investigation.

FBI spokesperson Frank Connor responded: “The FBI is aware of the reported incident.

“While our policy is to neither confirm nor deny investigations, the FBI works continuously with our federal, state, local, and tribal partners to share intelligence and protect the public.” 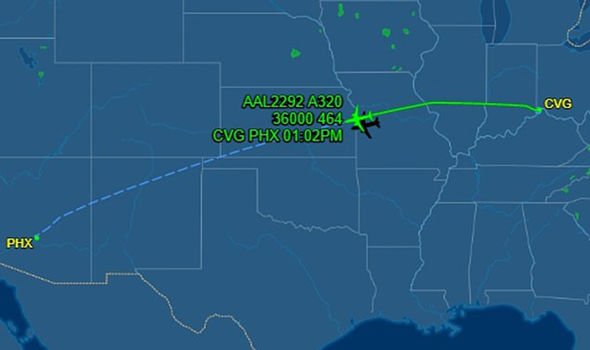 Even the Federal Aviation Administration was at a loss over the incident.

They said that “air traffic controllers did not see any object in the area on their radarscopes”.

“Just because we don’t have the technology yet to definitely define what these things are doesn’t mean they aren’t here.”

alien s, ctp_video, ufo sighting
You may also like: