The news comes as the conflict in Ukraine enters its 167th day, while at the same time, an ever-increasing threat of conflict rises as China flexes its muscles over the current status of Taiwan. A recent visit by US House Speaker Nancy Pelosi to Taiwan added fuel to the fire, seeing Beijing respond with live-fire exercises in the Straits of Taiwan, as well as severing ties with the US across a host of accords and agreements.

Speaking of the notion the US could take on two of its largest adversaries, Dr Robert Farley, a professor of security and diplomacy courses at the Patterson School since 2005 said: “The US has paid for the luxury to build a military sufficient to fight in both Asia and Europe, and not generally with the same weapons.

“There is undoubtedly some overlap in terms of air capabilities and logistical assets, but the immense fighting power of the US armed forces would not be inordinately strained by the need to wage war in both theatres because the theatres made different demands.”

Discussing the notion that the war in Ukraine could spread into NATO territory, Dr Farley added: “Even if the war in Ukraine escalated to direct conflict between NATO and Russia, it is likely that the fighting would involve the fielded forces of European countries, with the United States playing an important support role.

“In short, the United States can fight both Russia and China at once… for a while, and with the help of some friends.” 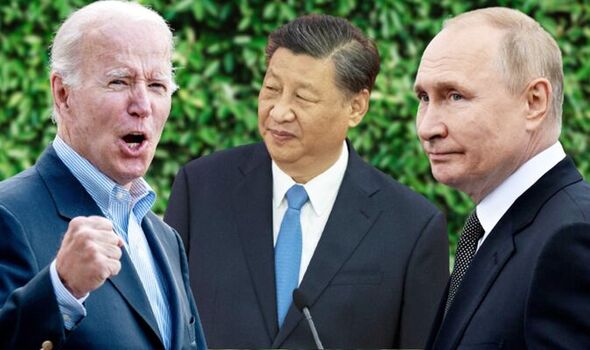 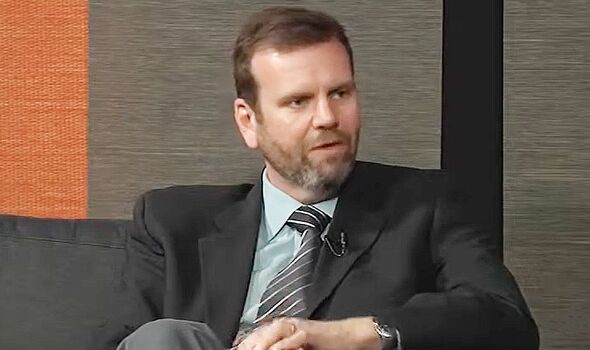 Although the US has been the main contributor of weapons and financial aid to Ukraine since the start of the war, Washington has refused to become “directly” involved in the conflict through fears of engaging with Russian forces and sparking a wider war in the process.

In terms of Taiwan, the US has also supplied the island with a series of defensive weapons, which some Chinese experts say can in fact reach the mainland, again, raising concerns a conflict could ensue. 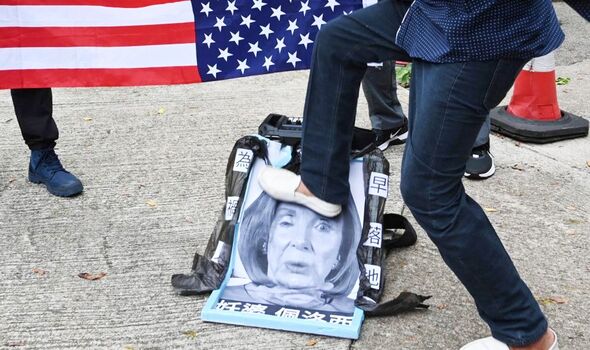 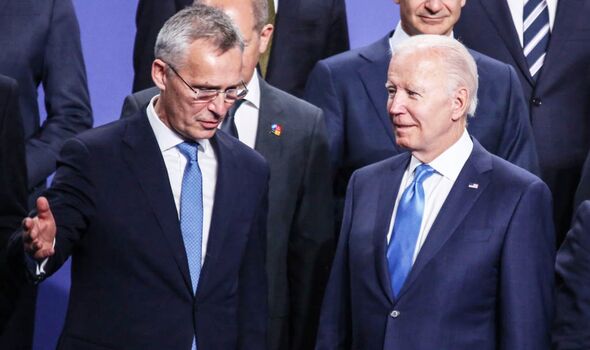 For the US, Dr Farley insists a war can only be won with the help of allied forces.

Speaking to 19fortyfive.com, he said: “The US can count less on allies in the Pacific than in Europe, although here, much depends on the political situation.

“If France and the United Kingdom see themselves as fighting against an Authoritarian Axis, each could dispatch an effective naval flotilla to the Pacific.

“More importantly, Japan and Australia have taken critical steps towards solidifying their relationships with the United States with specific reference to a crisis over Taiwan.” 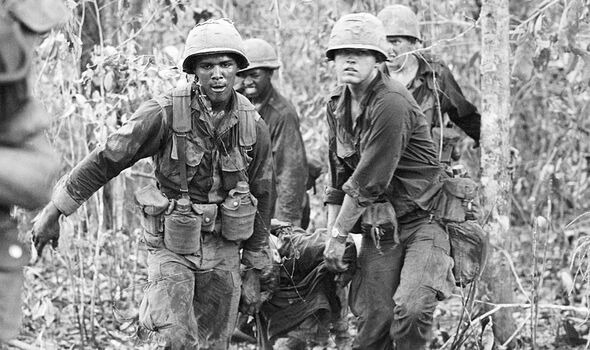 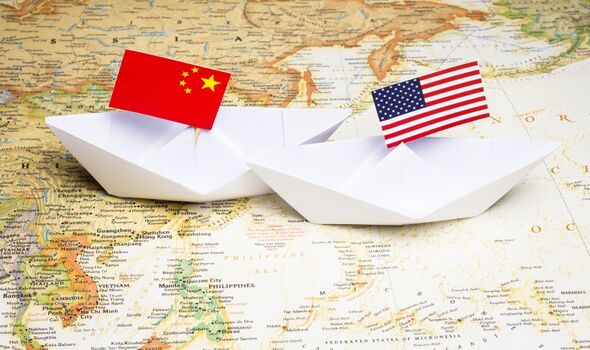 In an attempt to bolster ties in the Pacific region, Joe Biden will host Pacific island leaders at the White House for a meeting in September, a senior US diplomat has revealed.

Yet Chinese experts believe the rapprochement sought by the White House with such island nations has a hidden agenda, with one analyst pointing out diplomatic ties between the US and such nations have been non-existent until now.

Xu Liping, a research fellow on Southeast Asian studies at the Chinese Academy of Social Sciences in Beijing said: “Unfortunately, the vast majority of US engagements with developing countries, including the Pacific island countries, aim strongly at containing China.”