Volcano mystery: Researchers were baffled by ‘supervolcano’ discovery in Alaska

Alaska has been in the headlines in recent days after its Great Sitkin volcano erupted last week. Last Thursday, the US Geological Survey said a red warning had been raised – indicating that significant emission of volcanic ash into the atmosphere is likely. The Alaska Volcano Observatory said a “short-duration” explosive eruption of one-two minutes occurred at 5:04 GMT on Thursday, resulting in an ash cloud up to 15,000 feet above sea level.

They added: “Since that explosion, seismicity has decreased and satellite images show that the ash cloud has detached from the vent and is moving towards the east.”

Alaska accounts for more than three-quarters of all US volcanoes that have erupted during the past 200 years, according to the observatory website.

Researchers have been compelled by volcanic activity in the region and were stunned when they found what could be a supervolcano in Alaska’s Aleutian islands.

The cluster of volcanic islands could be a single giant volcano similar to that of the Yellowstone Caldera, an American Geophysical Union study said in December last year. 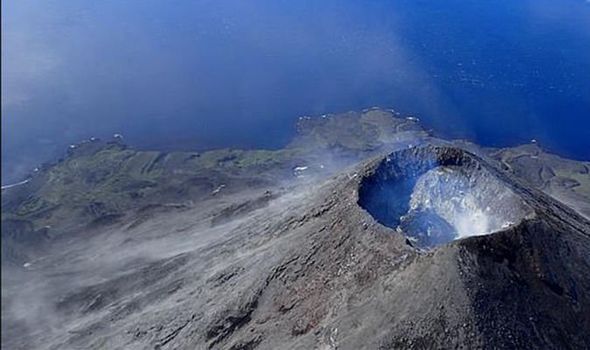 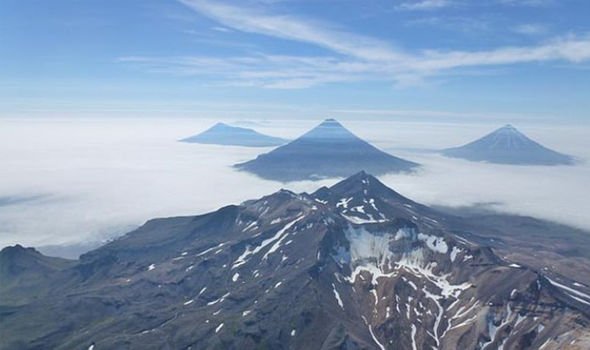 John Power, a geophysicist at the US Geological Survey’s Alaska Volcano Observatory, said the super-volcano would be so big, it could have disrupted civilisations around the world.

Diana Roman of the Carnegie Institution for Science in Washington, DC, co-author of the study, added: “We’ve been scraping under the couch cushions for data.

“But everything we look at lines up with a caldera in this region.”

Ms Roman added that if the supervolcano hypothesis is confirmed, it could explain the frequent explosive activity seen at Mount Cleveland. 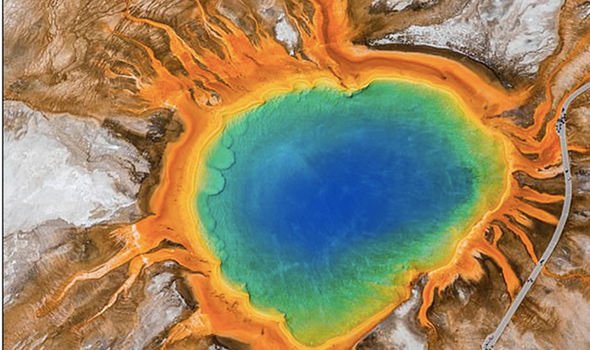 Mount Cleveland is arguably the most active volcano in North America for at least the last 20 years. It has produced ash clouds as high as 15,000 and 30,000 feet above sea level.

Michael Poland, a volcanologist with the USGS’s Yellowstone Volcano Observatory who was not involved in the study, offered his analysis on the Alaskan supervolcano hypothesis.

He said it could potentially have a “huge global impact”.

“This potential identification helps us understand what we might expect, why Cleveland is so active, and understand the hazards.”

A study published in the journal Geophysical Research Letters in March shed new light over what could happen when such a super-volcano erupts, especially its impact on the climate. 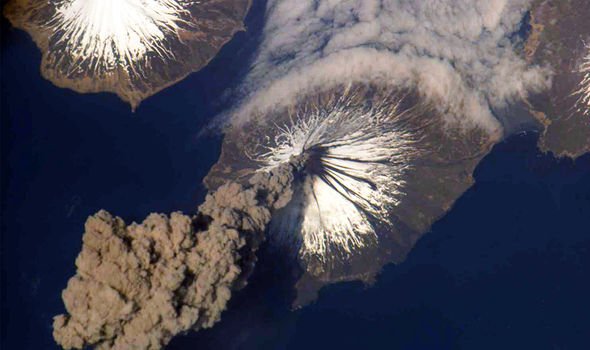 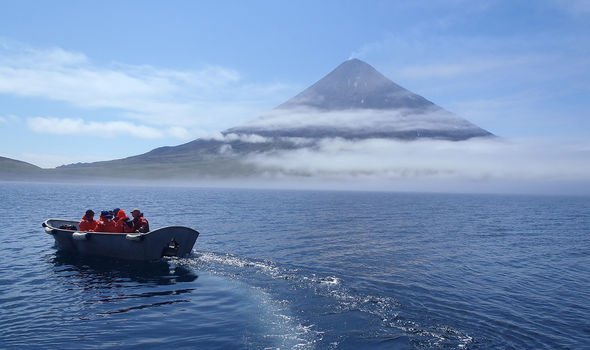 The eruption of a super-volcano can have the power to temporarily change the wind regimes in the tropical stratosphere and change the climate on a global scale.

A team of experts studied the eruption of Los Chocoyos, one of the most recent super-eruptions, happening approximately 75,000 years ago in Guatemala.

The researchers simulated the impact of a Los Chocoyos-like eruption on the climate using modern climate models, considering the effects of huge amounts of gas and ash emissions to the atmosphere.

Kirstin Kruger, author of the study, said: “An eruption at this dimension would supply amounts of aerosols and chemistry components to the atmosphere, and according to our model simulations, the eruption would cause a 10-year disruption of the QBO (Quasi‐Biennial Oscillation) wind.

“The change in the QBO would have started 4 months post-eruption, with abnormal easterly winds lasting for five years, followed by westerlies wind, before it returned to normal QBO conditions, but with a slightly prolonged periodicity.”