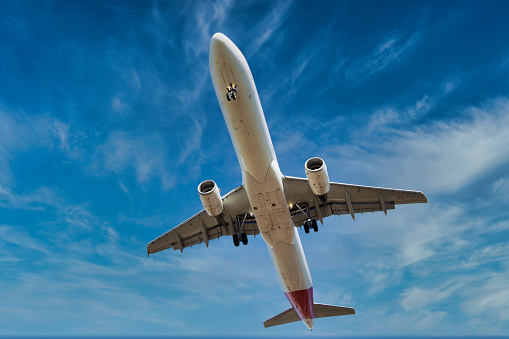 Chancellor Rishi Sunak has announced the new autumn budget, and with it comes changes to the price of flights.

In a bid to combat climate change, the cost of certain flights will be going up while the price of other flights will fall.

Here’s what you need to know about how these changes could impact your holiday.

The cost of long haul flights set to rise

One of the changes the budget has brought with it is that ‘ultra long haul’ flights will be getting more expensive – but not by a huge amount.

Mr Sunak announced a rise in Air Passenger Duty (APD) for these types of flights in a move to reduce carbon emissions.

APD is a fee technically paid by airlines but funded through the price of tickets.

Travellers to places like New Zealand, Hawaii, and Australia will be affected.

‘Most emissions come from international rather than domestic aviation, so I’m introducing, from April 2023, a new ultra long haul band in Air Passenger Duty, covering flights of over 5,500 miles, with an economy rate of £91.

‘Less than 5% of passengers will pay more, but those who fly furthest will pay the most.’

The price of domestic flights set to fall

Meanwhile, APD tax on domestic flights in the UK will be cut by 50%, with the APD tax on these types of flights already coming to £13.

This change will also come into force in 2023, and has been announced days before Cop26 climate summit.

Mr Sunak said this move will ‘bring people together across the UK’, however, critics have pointed out that cutting APD on domestic flights could ultimately encourage people to opt for plane journeys instead of more carbon-friendly trains to travel between England, Scotland and Wales.

In his speech, the Chancellor said: ‘People pay more for return flights within and between the four nations of the United Kingdom than they do when flying home from abroad.

‘Today, I can announce that flights between airports in England, Scotland, Wales and Northern Ireland will, from April 2023, be subject to a new lower rate of Air Passenger Duty.’